A Pakistani girl's cooking video and her simplicity has get her viral on internet.
FPJ Web Desk 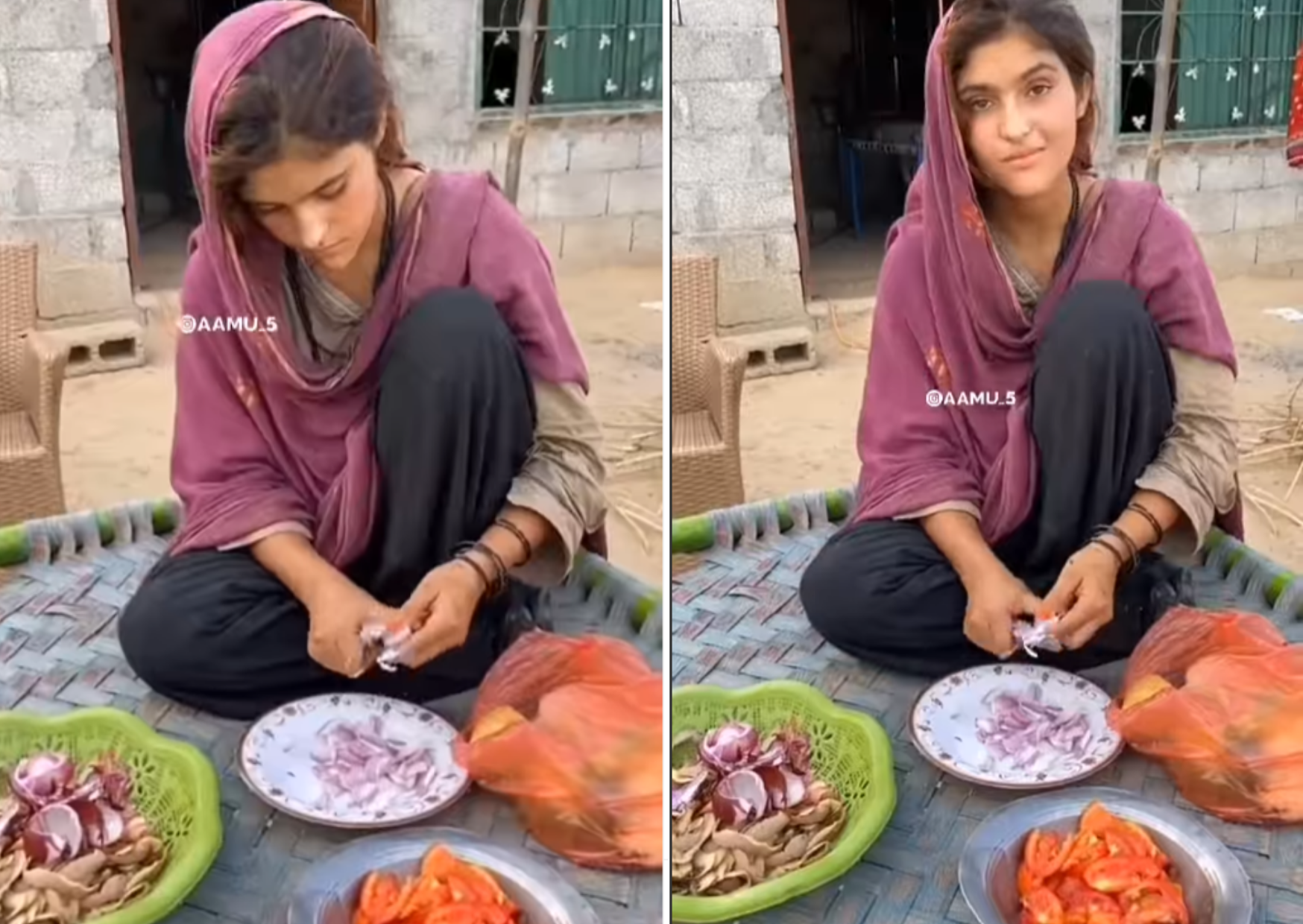 Ever thought that a video of cutting vegetables or making some roti could get you go viral? In that case our moms have got the potential to stay trending ever long, isn't it?

Though it appears weird and hard to believe that a girl goes viral more mere vegetable cuttings and preparing some roti, such a video has hit several likes and poured out with comments.

A video shared a Pakistani Instagram user @aamu_5 (Aamina Reyaz) got over 2 Million views wherein the Pakistani girl is seen cutting some onions. The video shows her simple attire and natural smile, for which the Instagram users have fallen for.

In the short clip, to begin with she is all focused the onions (peeling off and cutting them well) and is seen to be surrounded with more veggies - one evidently happens to be a bowl of tomatoes while other is in a plastic bag. As the video takes in, she gradually realizes that she is being shot on camera, on this she humbly and naturally smiles to her viewers.

To our surprise the video now viral happens to be a repost which was earlier posted a month ago, also which grabbed more than 1 Million views that time. Earlier this girl's video of preparing roti had went viral, and now its the time her fan-following to look and like her other kitchen work - cutting veggies.

Another video shows her boiling some milk, and this comes with a background music of the popular Manike Mage Hithe. Watch the video here:

Watch her earlier videos which caught the eye of netizens - from roti preparation to watermelon cutting: