The players were seen affectionately carrying the four legged bundles of joy and showing them to the camera, urging the fans watching through their TVs and those at the stadium to adopt shelter animals.
FPJ Web Desk 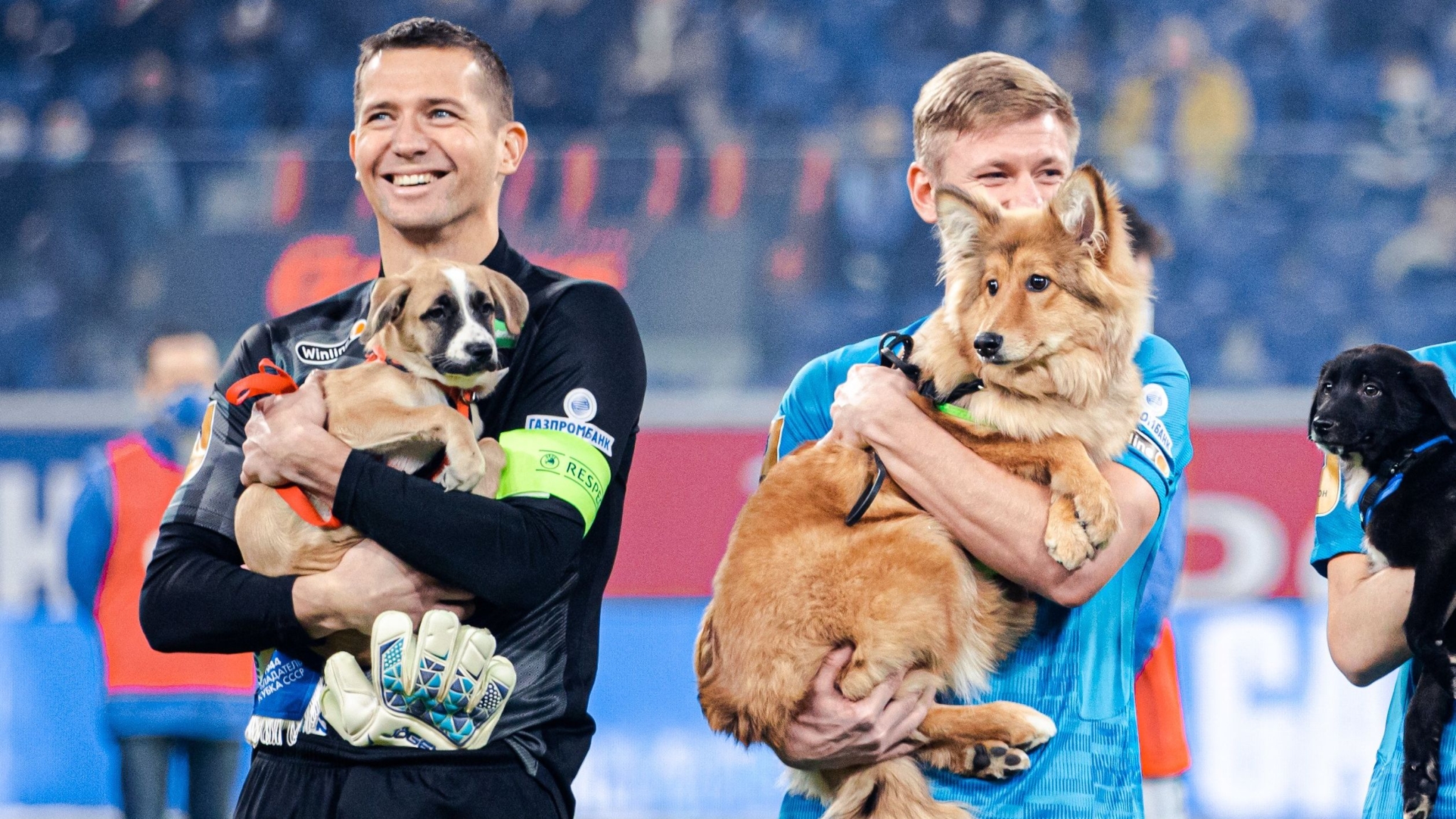 As the festive season is already upon the world, players of a Russian professional football team were seen spreading the holiday cheer when they walked out in the field with dogs in their arms to endorse the cause of their adoption. The adorable video soon went viral on social media bringing a smile on wide netizens' faces.

In a video doing rounds on social media platforms, players of the Football Club (FC) Zenit, also known as Zenit Saint Petersburg, walked into the Gazprom Arena with eleven dogs looking for a ‘forever home’. As Russia celebrates pet day on November 30, the club collaborated with the country's Kynological Foundation to unveil their new community project, ‘Dogs are better at home!’

The players were seen affectionately carrying the four legged bundles of joy and showing them to the camera, urging the fans watching through their TVs and those at the stadium to adopt shelter animals.

The Zenit players took to the pitch at the Gazprom Arena this evening accompanied by dogs from local shelters looking for a new home 🐶💙pic.twitter.com/bjFTvntw3i

As the clip picked more than 2 million views in less than 24 hours on the micro blogging site, Twitter alone, the club thanked everyone for the love and added: “Now let’s find homes for these good boys and girls.” They also brought attention to local shelters involved in the thoughtful project, from where the dogs were brought.

“The aim of the project is to highlight to the public the responsibility and care required when having a pet and to help raise funds for local dog shelters,” the club wrote on its website.

Just before the match against Rostov, which concluded on a 2-2 draw, the Zenit's playing XI was announced on the stadium’s giant video screen. However, this time, the players were shown alongside photographs and profiles of real dogs looking for a home.

Social media users couldn’t stop swooning over the adorable pooches and expressed their joy on twitter while lauding the team's wonderful gesture.

Here's what netizens had to say about the 'pawsome' initiative:

Get someone to look at you the way Artem Dzyuba looks at that dog https://t.co/AwyCfebZPm

Soooo woofing cute 🥰 This is an amazing idea 😄🐶

I have heard of Zenit St Petersburg, they are officially my second favourite team now ! 👍👍

I cry. What a beautiful night at Russia when Zenit players carried dogs to the kickoff for adoption. I love footballers and dogs 🥺 https://t.co/DkTEUUkXgF