The video received a lot of heartwarming reactions with several netizens talking about a mother's unconditional love and sacrifices for her child.
FPJ Web Desk 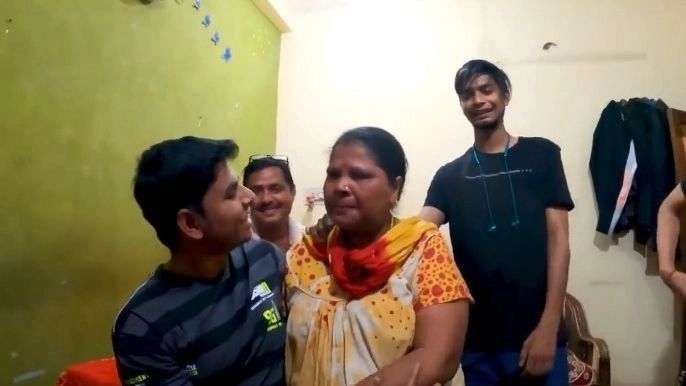 Seeing their children having financial stability is every parent's dream. All they wish for is to see their children achieve their goals in life. And when one talks about jobs, government jobs are considered to be the most secured and respected jobs in the country. A person's life is considered to be set if he or she is a government employee. Parents especially mothers are the happiest to see their child secure government jobs. Something similar can be seen in a video that is doing rounds on social media.

In a video shared by a Twitter account that goes by the name, 'Best of the Best' a young man can be seen checking for his result on what seems to be a government website. He is accompanied by his mother and other family members who look both nervous and excited about the results. The man reveals that he has been selected for the job of a CGDA Auditor.

A CGDA Auditor is an auditor level post within the Department of Controller General of Defence Accounts. The CGDA department heads the Defence Accounts Department, which is one of the oldest government organisations in India, which functions under the Ministry of Defense in India. Realizing that her son has secured such a prestigious job, the mother breaks down in tears of joy. Other family members can also be seen getting emotional. The man can be seen cheering his mother by saying "Your boy is a government employee now" and asking her to stop crying.

The video received a lot of heartwarming reactions with several netizens talking about a mother's unconditional love and sacrifices for her child.

Whether govt or private !! Mother love is unconditional ❤️ I just cried after watching this 😍 https://t.co/BlN0pMmxik

One of the best feelings of my life..when I have achieved job❤️🙌

Those moments are priceless 😢👏 https://t.co/B3J5ssy57u

I'm a simple guy. Things like these make me so happy man. https://t.co/c0PZw3rJnr