A CCTV footage is doing rounds on the internet as it captured the scary, close escape of a woman from being hit by a train in Brussels.

The clip showed people standing on the railway platform awaiting their train, then as soon as the train gets closer to eyespot - a man standing behind a lady passenger deliberately pushed her onto the tracks.

People are seen wearing masks, probably to reassure that the incident is a recent an occurrence. The footage runs long enough to comfort the viewers that the lady was not victimized, but fortunate to have a narrow escape. As soon the lady was made to fall on train way, the alert train driver took to halt.

Guy Sablon, spokesperson for public transport company STIB, told The Brussels Times, "The driver reacted very well but is very much so in shock, as is the victim."

"Thanks to the distribution of the images of the suspect within the police services, he was intercepted a few minutes later while he was in the metro station De Brouckère, " reports quoted Brussels police spokesperson Sarah Durant.

The victim and Metro driver were taken to hospital and returned home after receiving care. The suspect has been arrested. 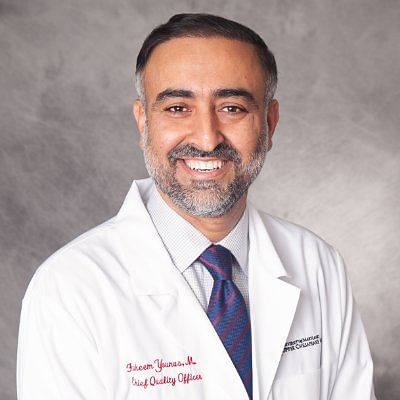 'Practice what you preach': Dr. Faheem Younus shares 5 learned lessons after 'Omicron got him'