The video has attracted 91,374 views and is still counting.
FPJ Web Desk 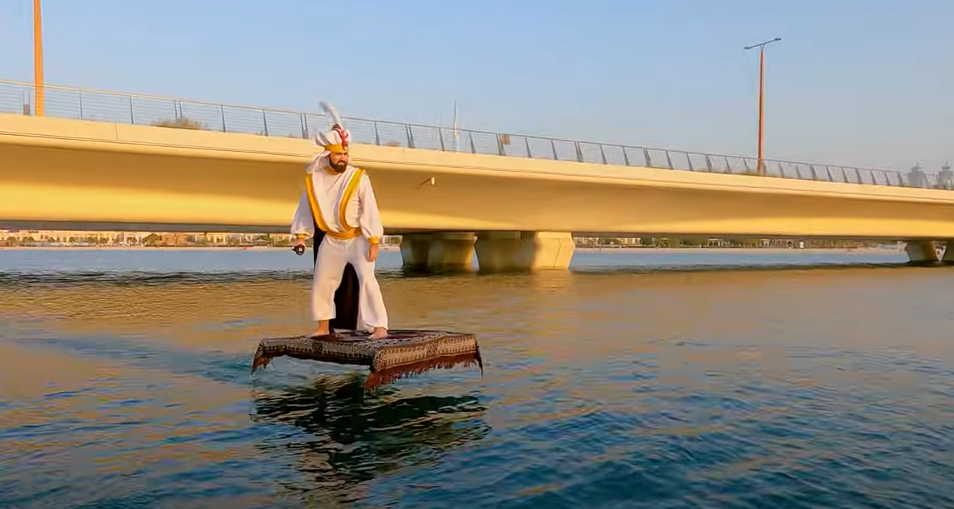 If you are someone who loves fiction or have had heard bedtime stories during your childhood, then you might love to watch this video. Let's take for instance, the novel 'Arabian Nights'. How crazy would you go to see the fictional characters on your city street?

That would get you thrilling to meet or witness Aladdin on your daily buzzing gully, moving through the traffic and saying hello to you as he passes by through your door. Though not sure where the forty thieves are hiding, but you can this handsome Aladdin across the landscapes of Dubai.

Hard to believe but your eyes can't deny to pull off from his young and charming Aladdin caught on camera as he travelled through land and waters of Dubai.

Looks like you can't hold back anymore from watch the video, check it right here:

In the now viral video posted by YouTube user @RhyzOrDie, we can see a man dressed bright in white and yellow bordered clothing to much to match the storytale of the Arabian Nights, this Aladdin from the book comes to tour Dubai streets on a magic carpet leaving people around and netizens stunned.

This Aladdin is carried on his magic carpet that not only smoothly goes on land but also across waters. But what's the secret behind this floating piece of cloth, is Aladdin helped by Genie's magic trick to get this happen or does science play some fun here?

According to comments on the uploaded video, The YouTuber has used an 'eFoil board' for the stunt. Indeed, a surfboard with an electric propeller.

"The eFoil rider doesn’t need to paddle for waves or pump with their legs to keep the board in motion. An eFoil is basically the world’s smallest personal, motorized watercraft," WindFoilZone explains.

A viewer amazed by this video commented on YouTube,' This is a really cool video and when your on the water with the sun behind you sooooo cool great video!' 'The funny thing when Aladdine went in between 2 cars traveling against the flow of traffic, one of the cars was a Dubai police car & they give him a siren 🚨 siren sound, but he ignored police & refused to stop,' wrote another having enjoyed Aladdin move around Dubai streets.

Take a look at reactions, here: 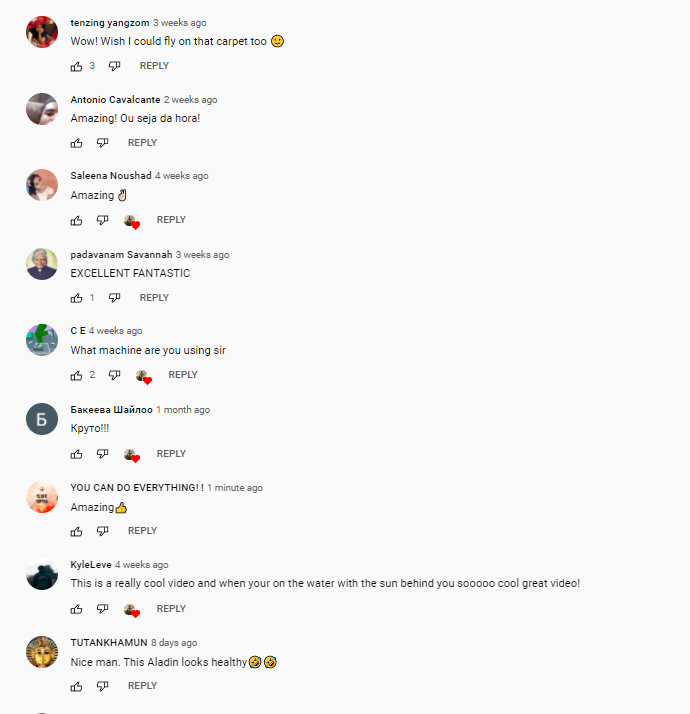 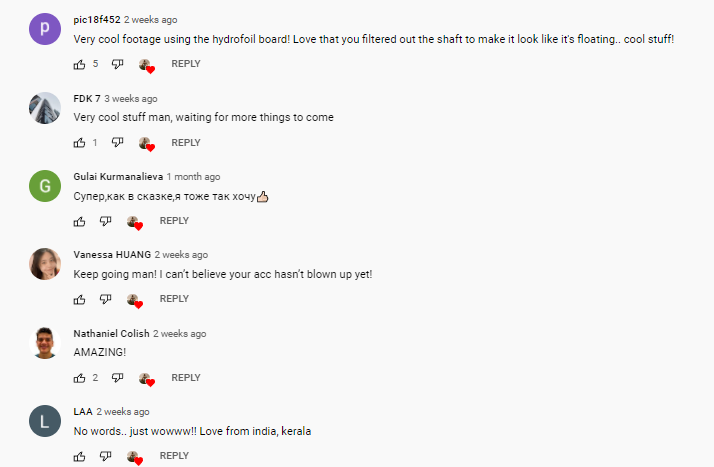