On her way to see the families of the victims of Sunday's carnage in Uttar Pradesh's Lakhimpur Kheri district, Congress leader Priyanka Gandhi Vadra was arrested in Hargaon on Monday. Following the incident, Priyanka Gandhi arrived at the Lucknow airport on Sunday evening and was stopped by the police multiple times on her trip to Lakhimpur Kheri. Her convoy was stopped in Lucknow, and the Kaul House, where she stays during her visits to Lucknow, was encircled by police.

"Warrant nikalo, order nikalo nahi toh main yahan se nahi hil rahi hoon (Produce a warrant or a legal order or else I am not moving out from here) and if you will put me in that car I will charge you with kidnapping. And the charge will not be against the police but you," Priyanka tells the police.

In areas of the violence-plagued district, mobile internet services have been suspended, and prohibitory orders under section 144 of the CrPC have been issued.

The arrest has sparked major controversy on all the social media platforms, as netizens raise questions about the arrest.

NO WOMAN can be arrested after sunset and before sunrise & where such exceptional circumstances exist,woman police officer shall by making a written report,OBTAIN the prior PERMISSION of The JUDICIAL MAGISTRATE (must to arrest).#Lakhimpur_Kheri

...and off she went to change our country!!! pic.twitter.com/lM6eMOvktg

True grit & courage against a brutal state, where the police have got accustomed to operating outside the law 👏👏👏🔥🔥🔥#प्रियंका_गांधी #UPPolice pic.twitter.com/jtuz1anAMM

Smt #PriyankaGandhi Vadra ji asks the UP Police for the law & warrant under which she is being arrested & forced to sit in the police jeep! The police have none. #Lakhimpur #lakhimpurkheri pic.twitter.com/8Ganvgw6ir

“UP may not be governed by laws but there are laws that protect the people of India…”@priyankagandhi takes on UP police attempting to arrest her without a warrant. pic.twitter.com/7nVZ1Y3Tkz

But according to the blind devotees(Andhbhakts), everything is OK in UP!

Priyanka Gandhi, who was born on 12th January 1972, is known by her married name Priyanka Gandhi Vadra. She is an Indian politician and the general secretary of the All India Congress Committee in charge of Uttar Pradesh. 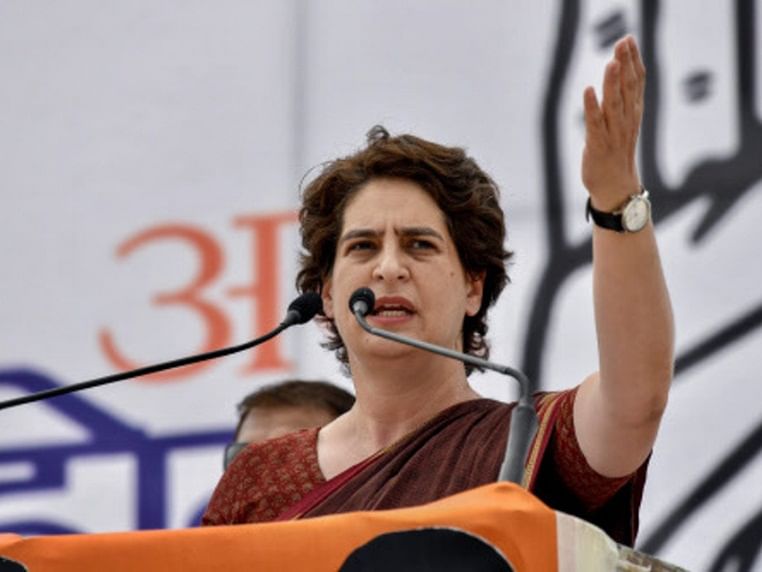