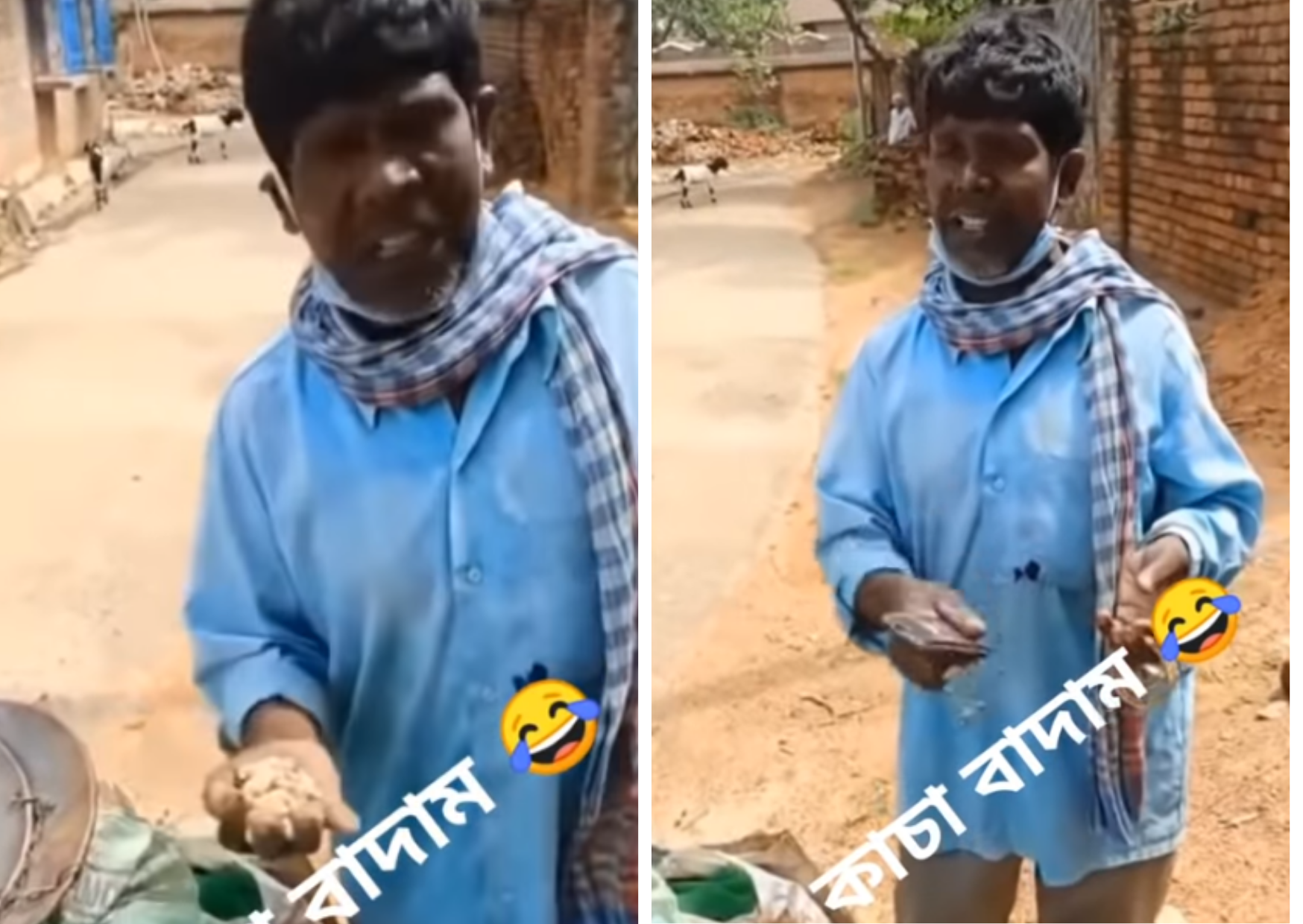 Bhuban Badyakar, a peanut seller from West Bengal's Birbhum recently composed a song to sell his peanuts. The seller cycles barefoot to villages for selling some peanuts, his selling style through interesting jingle when caught on camera and shared on the internet went viral.

Several across the internet shared the clip of the West Bengal based Bhuban who sung in the video 'Badam Badam Kacha Badam' pulling the ears of customers to purchase his raw and fresh peanuts.

The video went viral on the internet with many netizens coming up with funny reels and edited mashups on Bhuban's composition.

In the video, Bhuban is seen barefoot approaching a village in his two wheeler to sell his bag full of peanuts. The carries a white bag on his vehicle's back along a weighing scale. He stops as the village arrives which people around probably awaiting to purchase and pleasingly listen to his songs. Later, he begins to sell singing 'Badam Badam...'

As per YouTube channel Ektara, Bhuban is a resident of Kuraljuri village of Laxminarayanpur panchayat in Dubrajpur block of Birbhum district. He even visited the neighboring state of Jharkhand. In addition to selling nuts, he also sings to entertain people.

Talking to the mentioned YouTube channel Bhuban said, "I go to different villages every day to sing and sell nuts. I earn 200-250 rupees per day by selling these nuts. I have been selling nuts for the last 10 years. I sing this song in a village when I go to sell nuts," the nut seller further added.

The nut seller by profession who composed the trending song went to the local police on December 3, according to ZeeNews, to lodge a complaint that he is unhappy on the several shares made on Instagram, Facebook and other social networking platforms but to receive nothing in his pockets for his true work.