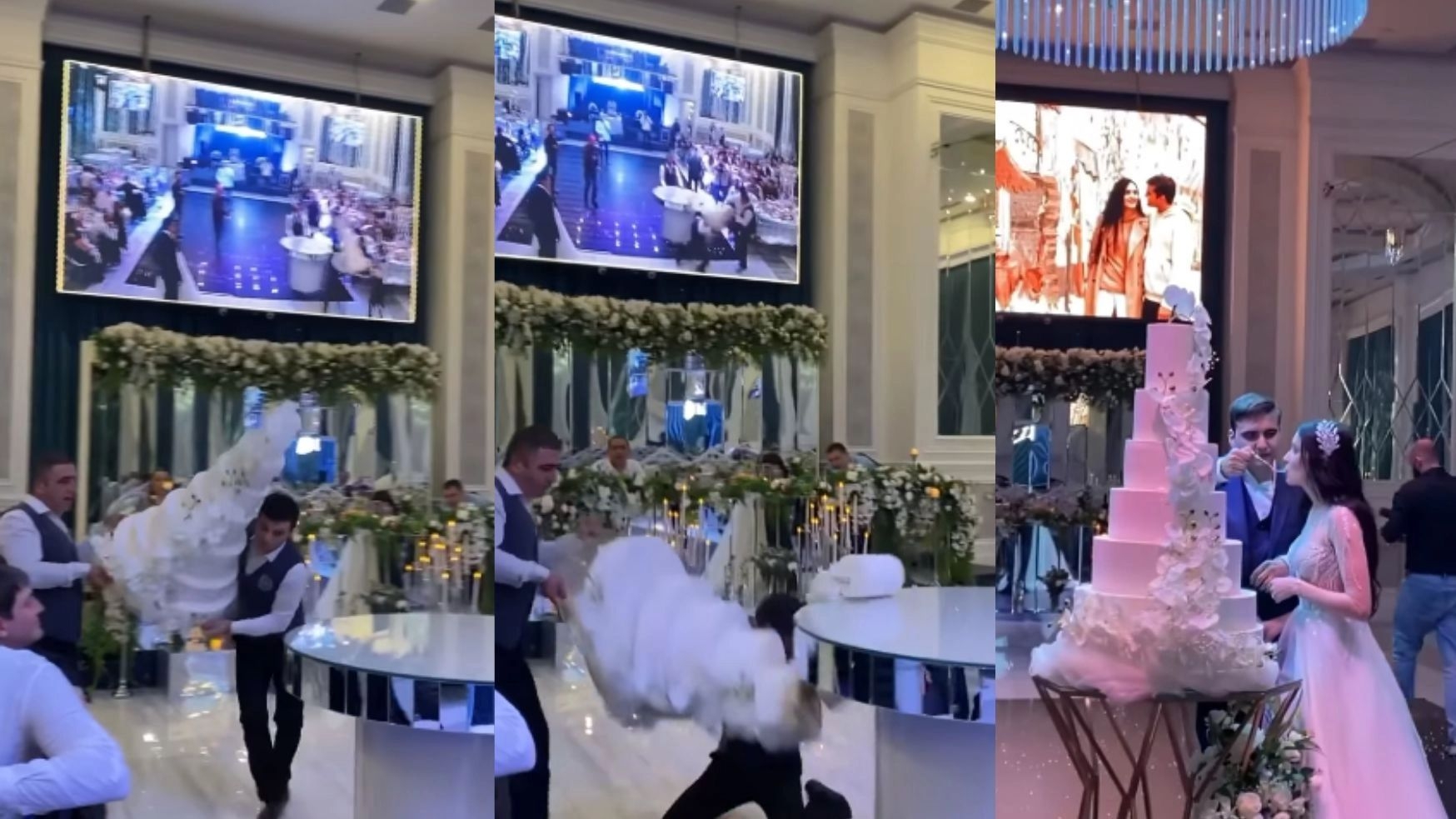 A bride and groom's worst nightmare came true when the hotel staff accidentally dropped their wedding cake while bringing it to the wedding venue. However, the big twist in the plot came minutes later when, it was revealed that the dropped cake was not their real wedding cake and it was just a mischievous prank that the hotel staff was successful in pulling off on the newlyweds.

The actual wedding cake was brought in front of them just moments later. It was an extremely shocking moment for couple to see their beautiful wedding cake getting ruined in front of their eyes and their expressions spoke for it. The video was posted on an Instagram from an handle called Proposal, Wedding, Engagement. The viral video picked over 2 million views.

In the now-viral clip, the bride and groom can be seen waiting for their wedding cake to arrive. However, when the staff enters with the cake, it topples down. The couple can been seen looking extremely stunned at the incident. However, the big reveal comes a few minutes later when another man walks out with the actual cake and you can see a sigh of relief on everyone’s face. Then, the couple proceeds to cut the cake and dance to celebrate their wedding.

“Thank God it was a prank!! Almost had us in tears. This sweet couple was so happy & dancing at the end (sic),” the video caption reads.

Not just the bride and groom, several of the social media users were also initially shocked to see the staff drop their wedding cake. Also, people couldn’t stop talking about the couple’s expressions after the incident.

Check out some of the comments below: 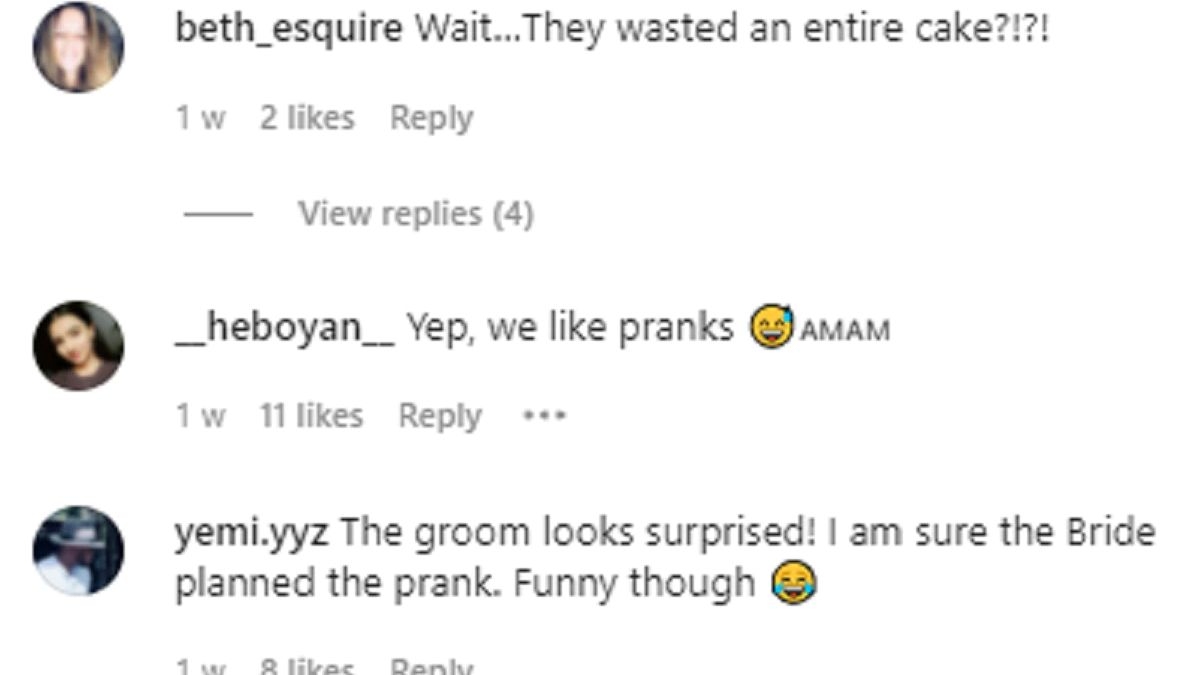