HanuMan teaser starring Teja Sajja which was released on November 21, and now Netizens are trolling and comparing it with 'Adipurush'

On November 21, 2022, the official teaser for HanuMan was unveiled, with Teja Sajja playing the lead role. Netizens are praising this teaser for its effective use of visual effects in the movie and in contrast to the Adipurush teaser, which was released a few weeks ago.

The film's creators and star, Teja Sajja, are receiving praise from the online community.

Prabhas, Saif Ali Khan, and Kirti Sanon's movie Adipurush received a lot of backlash for the subpar VFX used in the trailer.

What is the Adipurush controversy:

Ever since the teaser for the 'Adipurush' was released, it has been involved in controversy. The angry Ravana played by Saif in the teaser, who is seen sporting a beard and a buzz cut, has drawn significant criticism for his appearance. Many people criticised the creators around the nation for supposedly offending their religious sensibilities.

The Akhil Bharatiya Sant Samiti, a group of Hindu seers, has asked for the establishment of a 'Sanatan Censor Board,' claiming that Bollywood films improperly depict Hindu gods and goddesses.

Additionally, a Delhi court has just heard a request for an order to prevent the release of the movie. According to the complaint, Adipurush misrepresented Lord Rama and Hanuman by having them wear leather straps, which was unjustified and wrong.

The film was earlier scheduled to release in January 2023. However, the makers have now said that they 'need more time' to give a 'complete visual experience to the viewers'.

Here is how the netizens compare the two movies' VFX:

#HanuManTeaser Jai shri Ram 🙏🚩
The VFX is so much better than #Adipurush pic.twitter.com/MVRNpS0bYe

what a beautiful teaser of #HanuMan . In the small budget and limited resources magical work done by @PrasanthVarma. The VFX and CGI is so much better than #Adipurush.The super hero movie related with load Hanuman ❤️✨.The teaser look fantastic.#HanuManTeaser . @tejasajja123 pic.twitter.com/GBOovUoFAm

Always belive that @PrasanthVarma is next big thing in tollywood 👍🏼#HanuManTeaser is fantastic exceeded expectations 👌🏼 pic.twitter.com/wY6FgUM0ZO 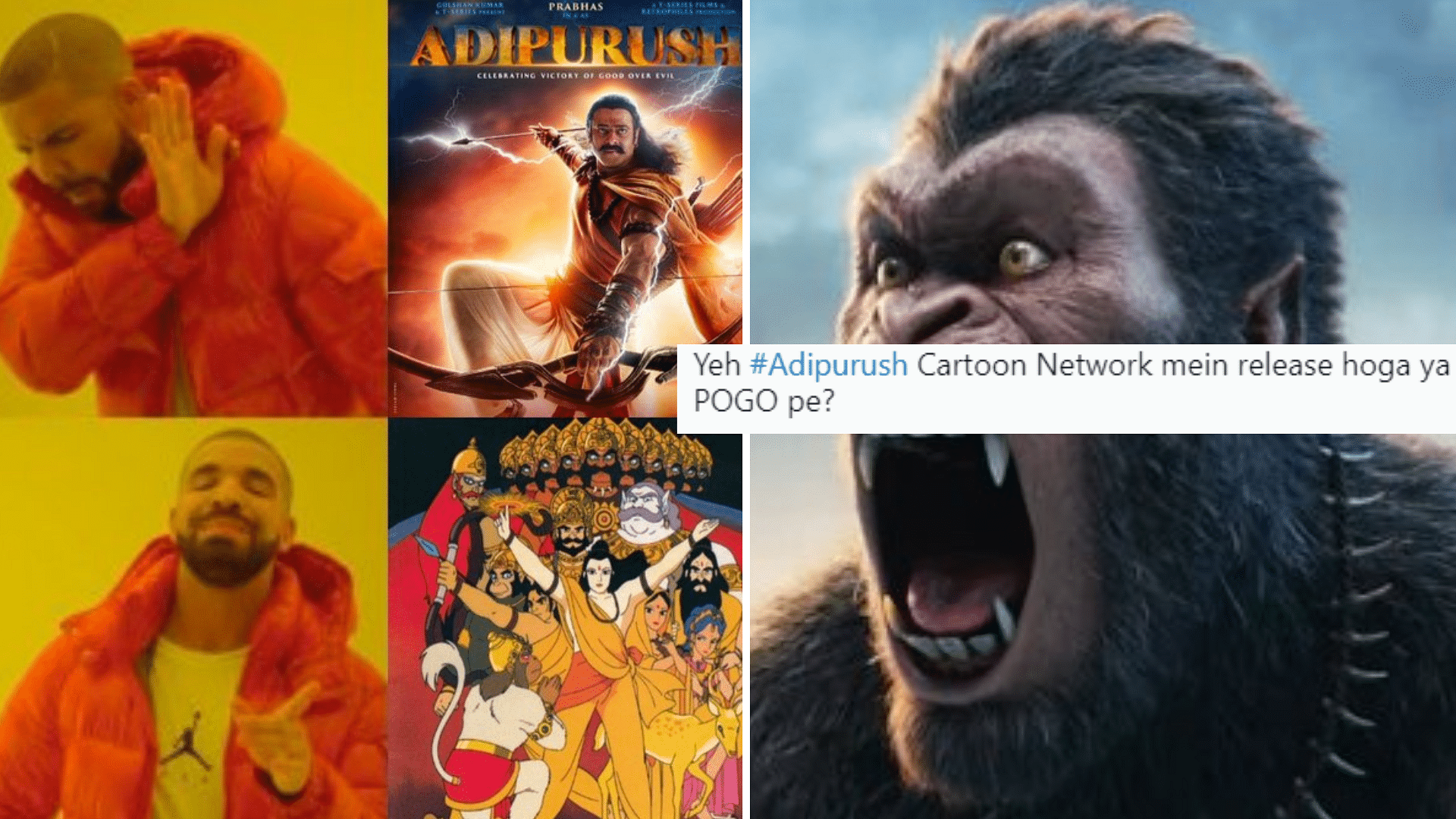