People slammed the images to be nowhere closer to reality and wrote, "Never saw Gujaratis wearing such costumes in their wedding," while another commented that thinking that most "gujjus are fat is bad research behind this creation."

Who says you can create art with only a paintbrush or a crayon? The advent of technology has made it possible to sketch and create artwork with the help of computer graphics. One such idea brought to life using artificial intelligence was shared on Twitter and has gone viral. The Twitter thread showed a series of images trying to depict the wedding look of couples from the landscapes of India.

From Kerala to Uttar Pradesh, and from there to Nagaland, the tweets showed AI-generated visuals of married couples in the most stereotypically described manner of their appearance. Reportedly, the images came into being on the basis of loaded data which consisted of descriptions of how couples from different regions stereotypically look.

Among the many images generated by AI and shared by the Twitter user, one showing a Gujarati wife and husband has sparked debate. "Do all gujjus look fat," asked netizens while slamming the viral image of the Gujarati pair. People slammed the respective image to be nowhere closer to reality and wrote, "Never saw Gujaratis wearing such costumes in their wedding," while another commented that thinking that most "gujjus are fat is bad research behind this creation."

"They look more of a South Indian couple," wrote netizens as few others found the man in the image to resemble Union Home Minister and BJP leader Amit Shah.

Check out the viral photo:

That wasn't all. Some found the depiction of the Gujarati couple quite apt. They took to retweet and reply with smiling emojis in appreciation to the work. Meanwhile, the one who shared the series of AI-generated images on his Twitter page took to reveal that a man with an uncanny resemblance to the pictured husband was spotted. "I just found The Guy," he tweeted while replying to those who termed the illustration unreal.

Check out some reactions: 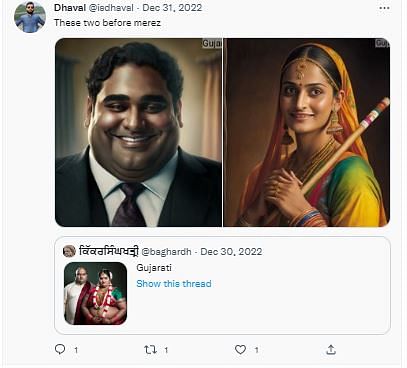 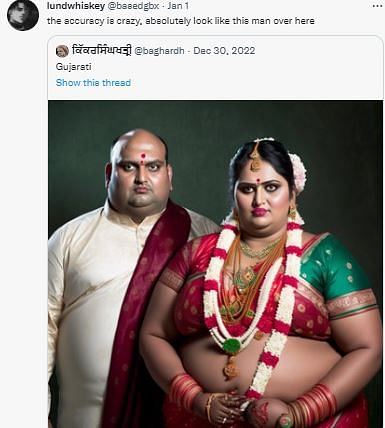 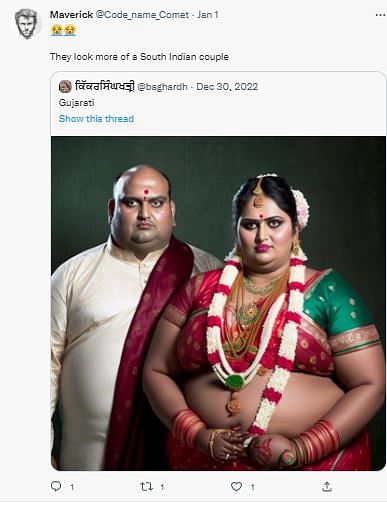 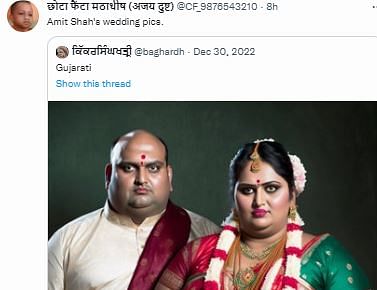 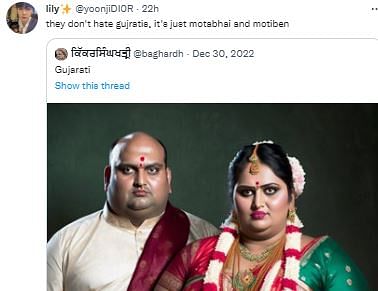 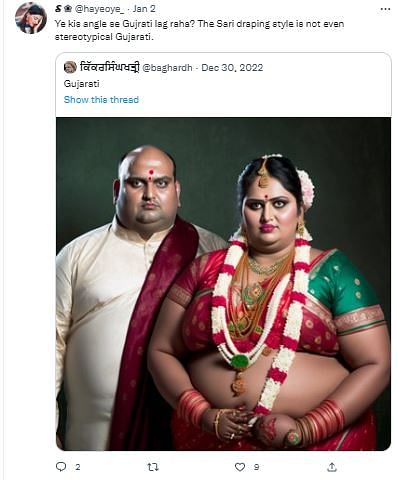 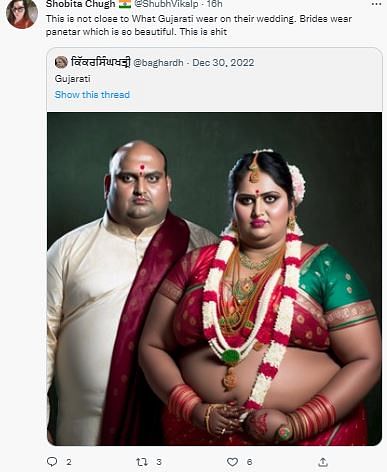 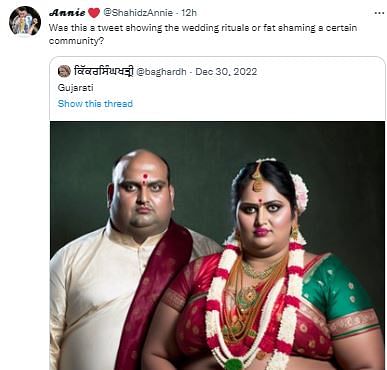 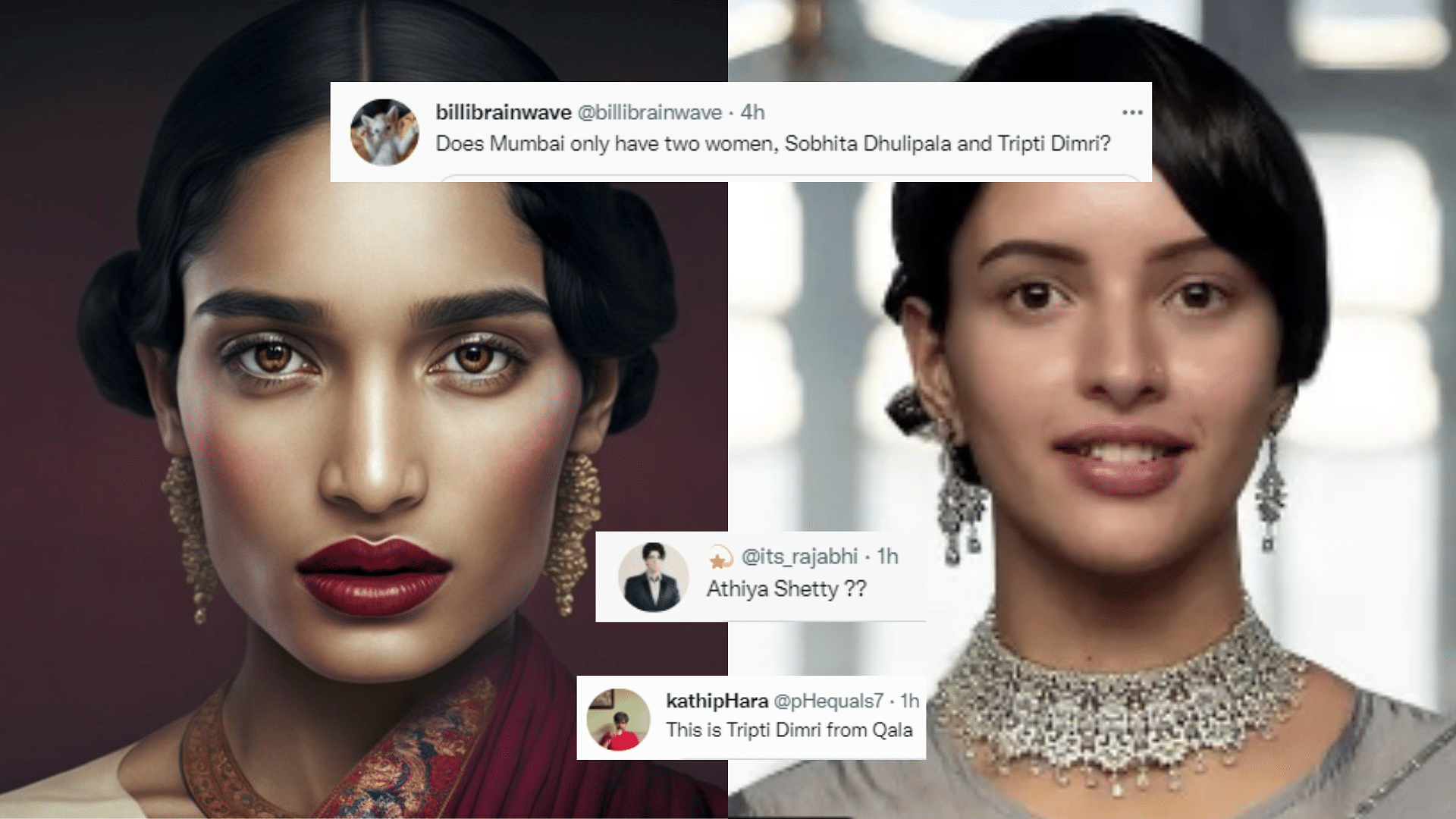