An artist named Madhav Kohli shared a series of images generated by artificial intelligence that showed how men and women from different Indian states and union territories 'stereotypically' look like.

Art never restricts itself to the paintbrush and the canvas, it has explored the dimensions of artificial intelligence wherein artists have tried to put in their creative approaches. An artist named Madhav Kohli shared a series of images generated by artificial intelligence that showed how men and women from different Indian states and union territories 'stereotypically' look like.

Madhav Kohli's AI-generated art on how women from Mumbai typically look has created a buzz on social media. The artwork showed a woman carrying heavy makeup and jewellery. Not jeans, maxi, or a night dress, the so-called representation showed the women from Mumbai wearing a saree to complement the celeb-like look.

Check the AI-generated image right below so that you as a Mumbaikar can compare it yourself. 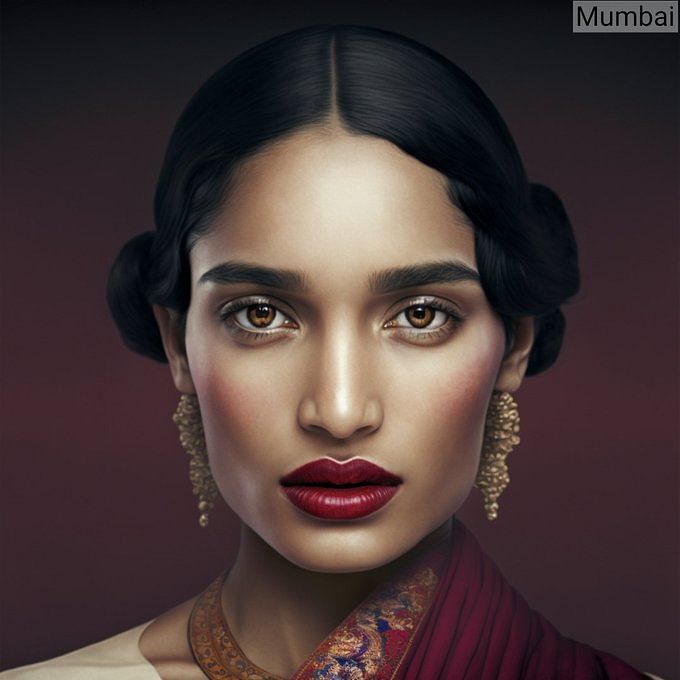 Wait, what? Do women from the maximum city actually look similar to the artwork in any way? This question was in the minds of most netizens who no sooner expressed their discontent over the representational image that seemed nowhere closer to reality.

Twitter users took to flooding the reply section with the idea that the AI-generated was more like an image resembling women from the days of the British Raj. Also, many netizens found the image to have an uncanny resemblance with actors from the cine industry. They asked after checking the tweeted photo, "Do Mumbai women look like celebs?"

The now-viral photo reminded most people about the lead character from the recent film Qala. "This is Tripti Dimri from Qala," the reply section most-commonly read. Others suggested the 'Mumbai woman' closely matches the looks of Suniel Shetty's daughter Athiya or Telugu actress Sobhita Dhulipala. 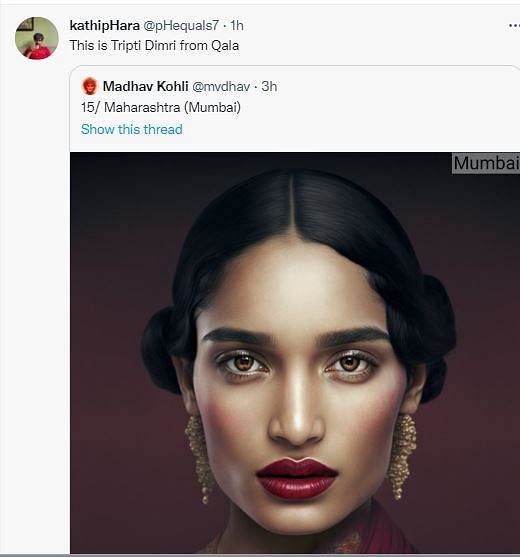 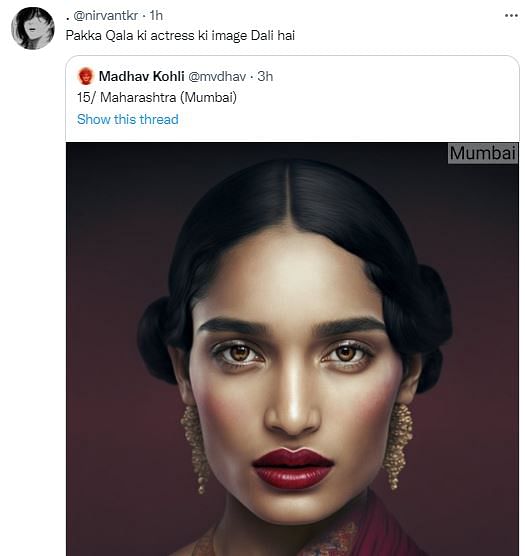 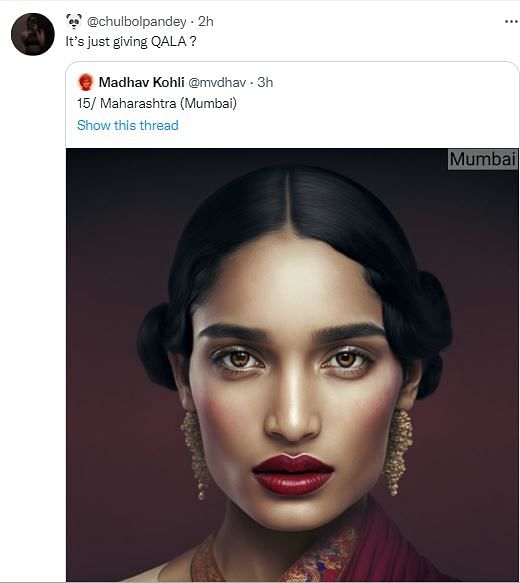 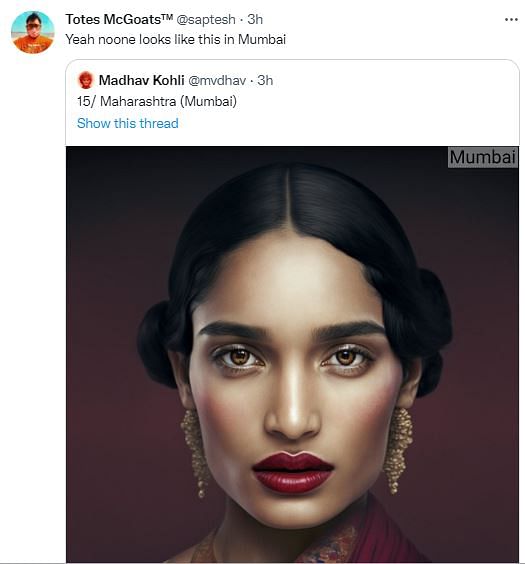 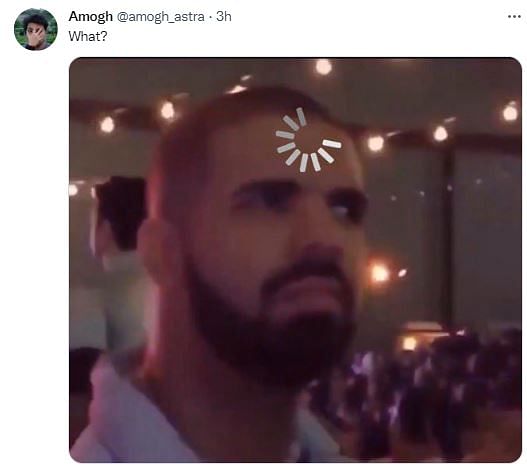 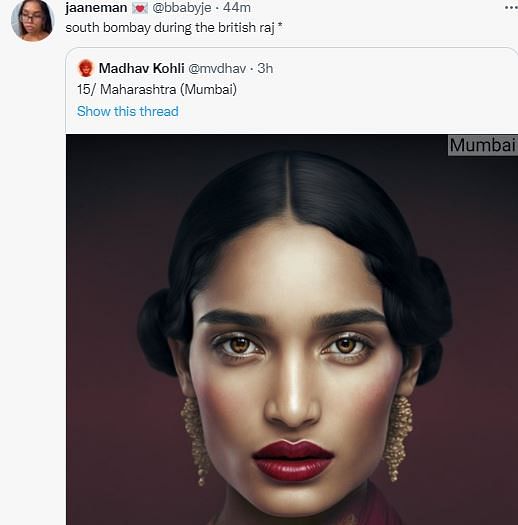 Read Also
From Shona Lisa to Lisa Mol: Ever wondered how Mona Lisa would look in Indian attires?