Patel had created history in the Mumbai Test against India earlier this month when he picked up all ten wickets in the first innings.
FPJ Web Desk 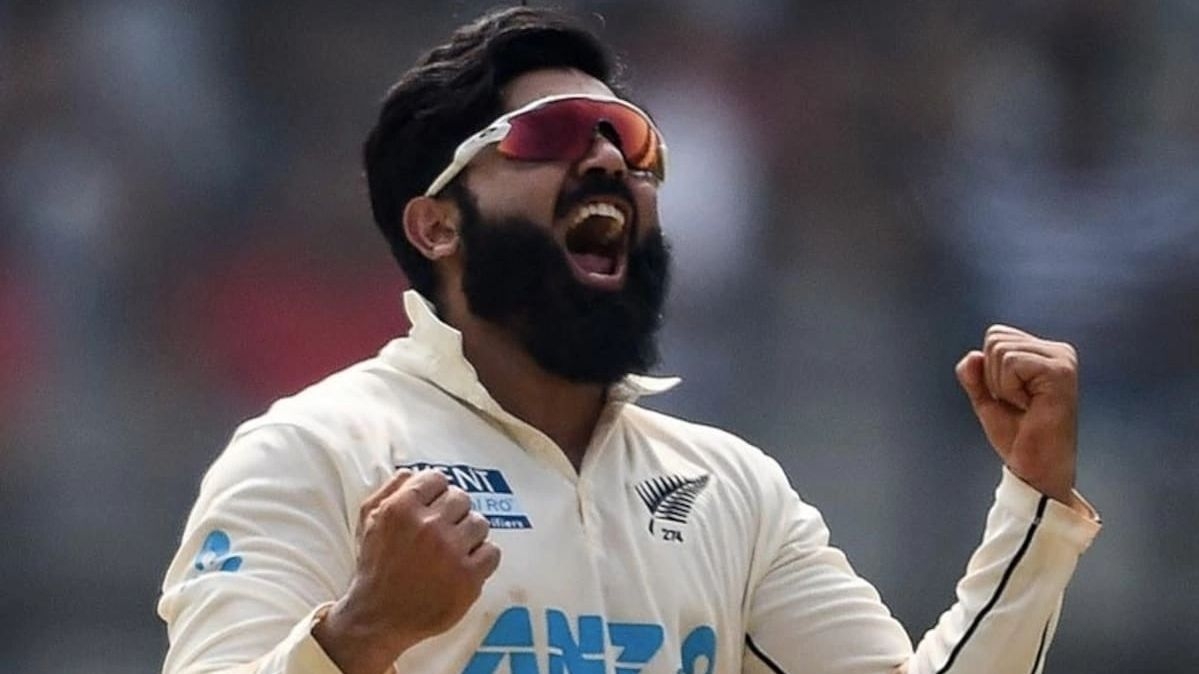 New Zealand have left out Ajaz Patel from the 13-member squad for the two Tests against Bangladesh starting early next year, New Zealand Cricket announced on Wednesday.

Patel had created history in the Mumbai Test against India earlier this month when he picked up all ten wickets in the first innings. However, conditions at the Bay Oval and Hagley Oval are likely to be seam friendly, ruling Patel out of the squad.

Patel had joined Jim Laker of England and Anil Kumble of India as only the third bowler to take a perfect 10 in an innings in the second Test of the away series against India at Mumbai a couple of weeks back.

Despite that historic achievement in a losing cause, Patel had faced the prospect of being dumped for the home series against Bangladesh.

The decision came as an absolute shocker as netizens took to twitter to express their disappointment over Patel's exclusion despite having created history with the ball recently.

Here's what they are saying:

What do New Zealand's Ajaz Patel and India's Karun Nair have in common?
Both dropped from their respective Test sides after a 10 wicket haul (14 in the match) and a 300+ score!

Ruthless selection from New Zealand: Ajaz Patel becomes the third man in Test history to take 10 wickets in an innings and is dropped for their next series

This ain't the Right way to Treat a Young Talent by The New Zealand
Cricket board! Don't let Ajaz Patel fade in to Sun set like Narendra Hirwani who picked up 16 Wickets on Debut but Mis handled by BCCI and Lost his Rhythm and Confidence#AjazPatel pic.twitter.com/3fTXuOwFq5

#AjazPatel’s last CV update couldn’t fetch him a job at the #NewZealandCricket services.

Am quite convinced, these Kiwis are a different people left to a corner of the world to live n think otherwise. Way relaxed; Unperturbed!
Challenge them, n they may choose to 😴.#NZvBAN pic.twitter.com/ATSIlI1GVr

Are Karun Nair and Ajaz Patel the most unlucikiest players after playing innings of their life?#CricketTwitter #Cricket #INDvSA

Take a 10fer, get dropped for the next game.

You're witnessing this live. 14 year olds in 2067 will be answering quiz questions on the guy who took a 10fer and got dropped. Who? "Indian origin Ajaz Patel."

However, some fans defended the selectors citing conditions at the Bay Oval and Hagley Oval, which are likely to be seam friendly, justifying the exclusion of Patel from the squad. Not just that some fans even saw this as an opportunity to take a jibe at the India media and fans on their reactions over similar incidents happening with the Men in Blue.

No Ajaz Patel in the New Zealand squad is quite the story, but don't think he'd bowl even if he was in the XI against a Bangladesh lineup that barely shows resistance even at home.#NZvBAN #NZvsBAN

I think there is rift between NZ skipper and Ajaz Patel, how can they drop him after talking 10 wickets in an innings. Come on a New Zealand media please highlight this or please handover your media to our country. #NZvBAN #AjazPatel #media

Ajaz Patel has been dropped from the NZ test squad after picking 10 wickets. Indians defending Kane and management by saying conditions won't suit him.

Ajaz Patel dropped after taking 10 wickets in an innings.

No “sources” mentioning “rift” between the New Zealand team management and Ajaz Patel.

Weird country, no? Their media chooses to cover cricket instead of making up gossip...

New Zealand take on Bangladesh in the first Test at the Bay Oval in Mt Maunganui on January 1, 2022. The second Test will be played at Christchurch from January 9.