Jasprit Bumrah was missing from the action for nearly two hours after twisting his ankle.
FPJ Web Desk 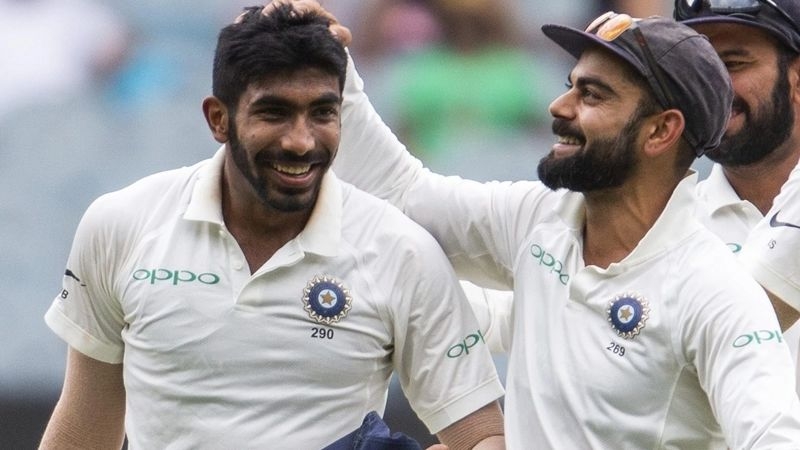 Jasprit Bumrah is the leader of Indian pace attack and there is no doubt that the lethal fast bowler has a special place in the hearts of the team and the fans and therefore seeing him injured or in discomfort often leaves them extremely worried.

Something similar unfolded during the third day’s play in Centurion on Tuesday (December 28) when Bumrah twisted his ankle in his follow through after delivering a ball. He was wincing in pain even as the whole team rallied around him on the ground. However, he had to walk out of the field with physio raising concerns in everyone’s mind regarding his availability in the game or for the rest of the series ahead.

Jasprit Bumrah was missing from the action for nearly two hours. India however, kept picking wickets thanks to five genuine bowlers in the line-up.

At the end of the 60th over, Jasprit Bumrah was finally fit to bowl. This came in the time when Maharaj and Rabada were weaving a decent partnership. Kohli was delighted to see his go-to-man come back to action and was heard saying, “Finally, the Rock has come back.” This dialogue became famous when the WWE star Rock said it after he came back in 2011 after the 8-year hiatus.

Netizens didn’t miss out the golden moment and soon the comments of the Indian captain, that were recorded by the stump mic went viral on social media.

Did anyone hear Kohli saying 'Finally the Rock has come back' when Bumrah returned? Guy really enjoys his game. #SAvIND

Bumrah comes back to bowl after a lengthy break.

Kohli: FINALLY, THE ROCK HAS COME BACK!!

Referring to this epic comeback line by Rock, who came back to WWE in 2011 after a 8-year hiatus.

Somebody just said 'Finally, the Rock has come back' on the stump mic.

Bumrah comes back to bowl. And was that Kohli or KL who just uttered The Rock's legendary dialogue welcoming Bumrah: FINALLY, THE ROCK HAS COME BACK!! 😂😂

Just before going for the ad at the end of 60th over, Kohli was uttering 'Finally the rock has come back'#SAvIND pic.twitter.com/rpoXwx77xE