HomeViral'Doing it the 90's way': Right from living in a time capsule to using outdated technology; this man does it all

'Doing it the 90's way': Right from living in a time capsule to using outdated technology; this man does it all

A man who is obsessed with the '90s lives has revealed on Tiktok that he lives in a time capsule and even uses outdated technology. The man has taken living in the past to the next level by turning his home into a time capsule of the decade, recreating with obsolete Ikea furniture, VHS players, and telephone alarm clocks.

Jack Walter, 23, from Bakewell, Derbyshire, has spent almost £5,000 on his fascination for the era and even owns an Austin Mini Metro with the 'G reg'. Jack, who is normally dressed in high-waisted Levi jeans and Sweater Shop sweaters, revealed on TikTok that he finds comfort in the era and hoped to recreate the 'cosiness' of his parents' house when he was a child - though he admits that people think he's 'crazy' for not appreciating the present day.
For while we all feel nostalgic sometimes, how many of us actually use a TV from 1989, or VHS players, or a G reg Austin Mini Metro? The answer would mostly be a clear 'no'.

People have fallen in love with his fascination over time, which has even allowed him to meet other fans. This happened after he posted videos of his time capsule home on TikTok where he 'pretends it's the 1990s.' He now has over 5,000 followers.

Have a look at a few pictures: 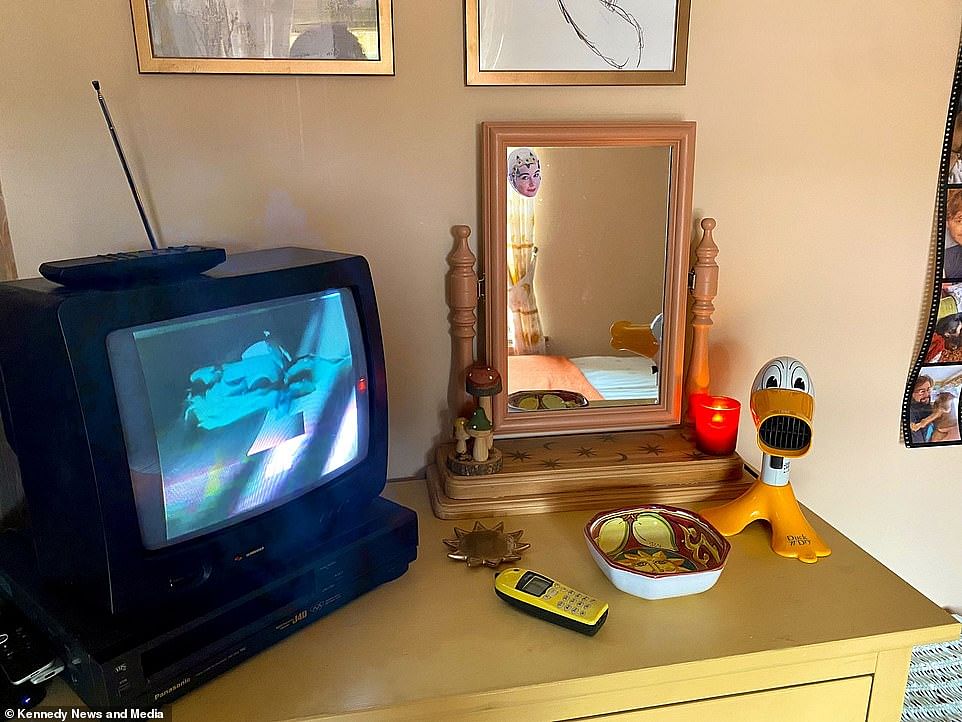 Read Also
A real life version of Hagrid's Hut from Harry Potter exists; fans can even live in it