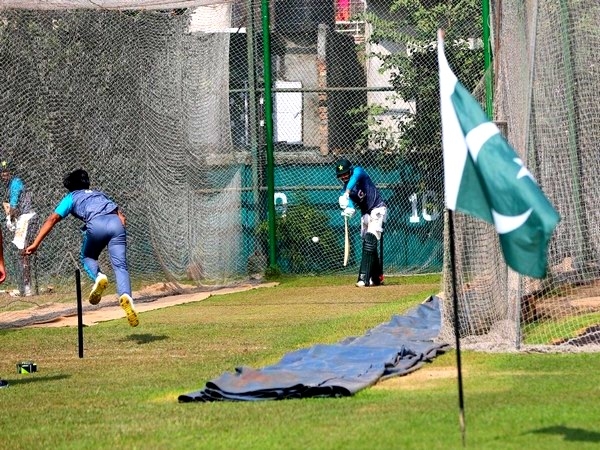 Pakistan head coach Saqlain Mushtaq on Tuesday continued the trend of taking the national flag to training to boost the morale of the squad.

Saqlain had started this trend in the recently-concluded T20 World Cup and heading into the three-match T20I series against Bangladesh, the head coach has continued with the same routine.

In the images shared by PCB Media's official Twitter handle, the Pakistan flag can be seen planted at the ground as the entire squad began training ahead of the series.

However, Bangladesh fans are not impressed with the Pakistan flag being planted at the training ground and many of them took to Twitter to express their displeasure.

"Go back Pakistan. Bangladesh should stop the series. Ban any kind of Pakistani flag in Bangladesh," tweeted one fan.

Another Twitter user commented: "Different countries have come to #Bangladesh innumerable times, many matches have been played by practicing. But neither party needed to practice burying their national flag on the ground. But why did #Pakistan do that...What does it indicate." National selectors on Monday had announced the Pakistan squad for the two Tests against Bangladesh, which will be played in Chittagong (November 26-30) and Dhaka (December 4-8).

Opener Imam-Ul-Haq, middle-order batter Kamran Ghulam and off-spinner Bilal Asif have been named in the 20-player squad, replacing Haris Rauf, Imran Butt, Shahnawaz Dahani and Yasir Shah, who were part of the 21-player side that toured the West Indies in July/August.

Left-handed Imam has been recalled following his stellar performances in the ongoing Quaid-e-Azam Trophy in which he has aggregated 488 runs in five innings of four matches, including an unbeaten double-century. Imam had played his 11th and last Test against Australia in Adelaide in November/December 2019. 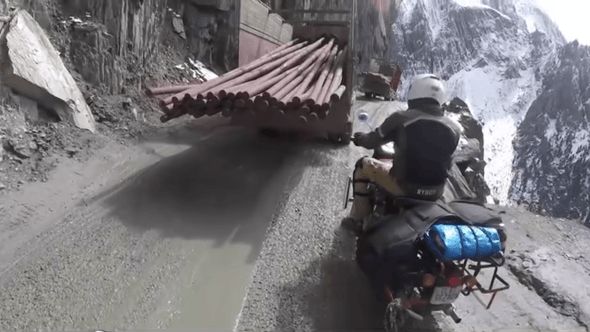 Watch: Biker’s close call as he loses his balance while trying to overtake truck