Advertisement
Home / Viral / 'Are you serious?!': Twitter is absolutely thrilled by Glenn Maxwell's 'insane' innings of 154, highest in BBL history

'Are you serious?!': Twitter is absolutely thrilled by Glenn Maxwell's 'insane' innings of 154, highest in BBL history

Melbourne Stars' skipper scored an unbeaten 154 off just 64, against Hobart Hurricanes during their BBL 11 clash in Melbourne on Wednesday.

Melbourne Stars captain Glenn Maxwell recorded the highest ever score in the history of Big Bash League, scoring an unbeaten 154 off just 64 deliveries against Hobart Hurricanes during their BBL 11 clash in Melbourne on Wednesday.

It was Maxwell's 100th outing in the Big Bash League, which he made memorable by stroking his second ton. The left-hander laced his century with 22 fours and 4 sixes.

Thrilled by his unbelievable knock, cricket lovers took to Twitter to express their delight and excitement over Maxwell's fiery performance.

Glenn Maxwell are you SERIOUS! He's on fire early for the Melbourne Stars in #BBL11

The highest ever score in BBL history is now owned by Glenn Maxwell 🔥🔥💪💚#Maxwell #GlennMaxwell pic.twitter.com/1MYBqqRljn

Maxi's night at the Melbourne💚
That's some superhuman stuff by Maxwell

One word for Glenn Maxwell. INSANE

Thanks to the Big-show's power packed performance, The Stars blasted all-time record score to close out the BBL MCG double-header against the Hurricanes.

In a dead rubber, Stars finished their innings on 2-273.

Earlier, the Hurricanes had won the toss and opted to bowl, but soon had to regret their decision given the form Maxwell was in.

The Stars skipper was at his absolute best, as he hit 42 runs off the first four overs, including his usual unorthodox shots all over the park for eight boundaries and brought up his scintillating ton in just 41 balls.

The highest individual score by a batter in men's BBL are: 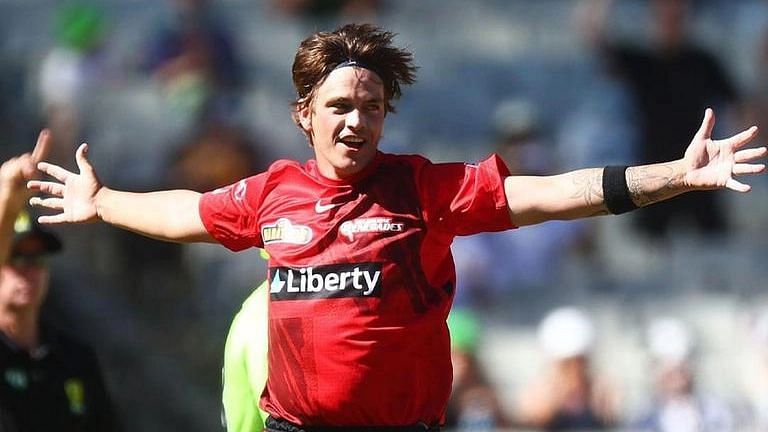