The actor was delighted to see the sweet artwork and took to the comments section to thank the company.

Dairy brand Amul celebrated the success of Allu Arjun's latest film Pushpa: The Rise. The artwork showcases cartoons resembling Allu Arjun and Rashmika Mandanna's characters from the block-buster movie. The actor was delighted to see the sweet artwork and took to the comments section to thank the company.

Allu Arjun's Pushpa: The Rise released on December 17 and is still running successfully around the country. The movie collected over Rs 300 crore at the box office globally by the end of four weeks.

Pushpa is screening across selected theatres in India.

With their Amul Topical hashtag, the brand posts creative cartoons on trending topics. This time, the brand paid a sweet tribute to Pushpa, which became a mega-hit and has taken the social media world by storm.

Posting the cartoon, they wrote, "#Amul Topical: New action drama film is a huge hit (sic)." Allu Arjun was delighted at the cartoon. He replied saying, "Allu to Mallu to Amullu Arjun (sic)."

A post shared by Amul - The Taste of India (@amul_india)

'Pushpa: The Rise' is an action-entertainer about 'Pushpa Raj' a labourer who rises to become a syndicate head of red sandalwood in the Seshachalam forest in Andhra Pradesh.

The sequel, Pushpa: The Rule, will hit theatres in December 2022. The film features Allu Arjun, Rashmika Mandanna and Fahadh Faasil in lead roles. 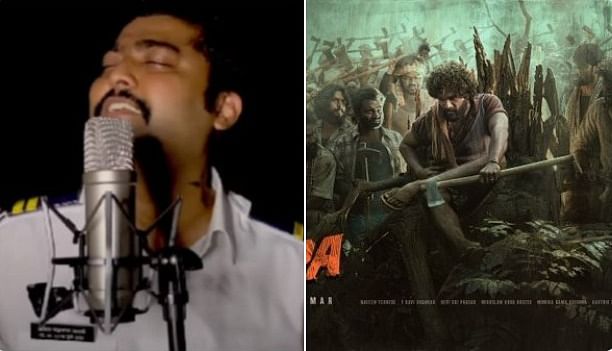