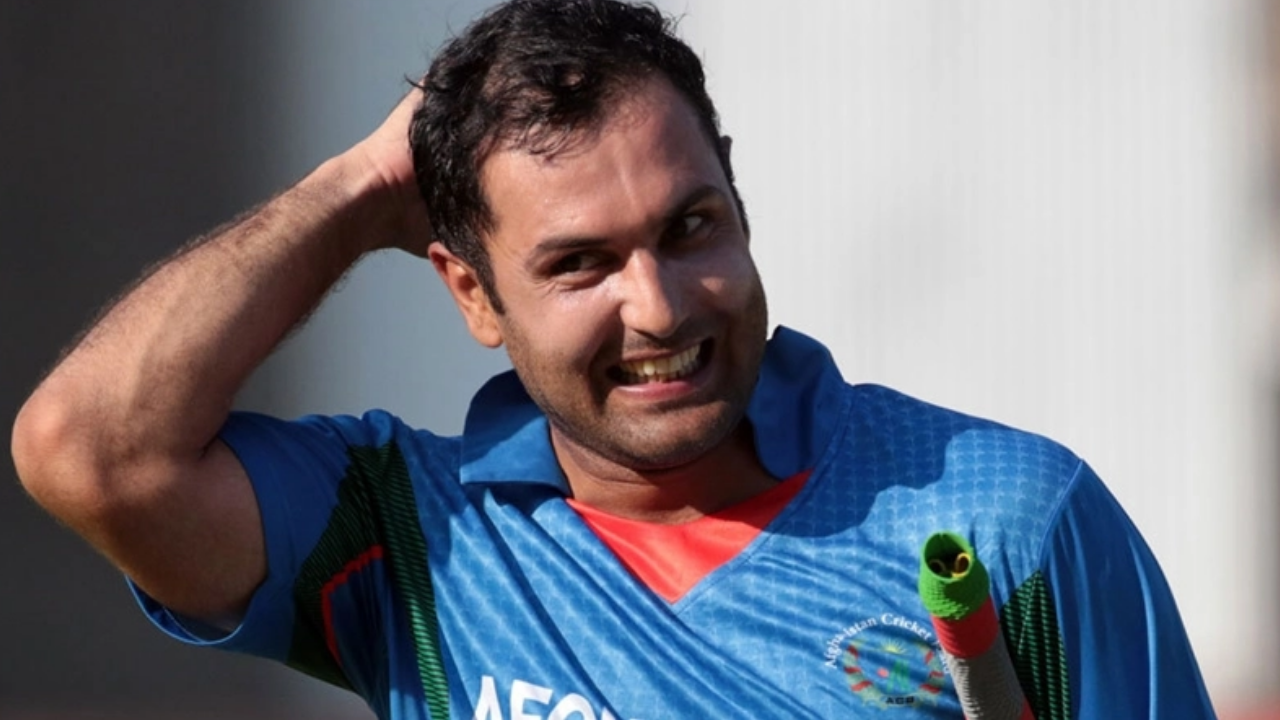 Addressing the media in press conference took a hilarious turn for Afghanistan cricket team captain Mohammad Nabi recently. A hilarious video of him speaking to an unidentified person ahead of a press conference at the ongoing T20 World Cup has gone viral.

In the video, Nabi can be heard complaining that addressing the media is "the hardest thing".

"Sabse mushkil kaam hai bhai yeh, kasam se (This is the hardest thing brother, I swear)", Nabi can be heard saying in the video.

He then enquires about the number of questions that he will have to answer. "Kitne questions hai? (How many questions are there?)", Nabi then asks the other person.

"5 minute mein meri English khatam ho jayegi bhai (Within five minutes, I will run out of English)" Nabi then adds.

Recently, Afghanistan thrashed Scotland by 130 runs in the Group 2 match at the T20 World Cup. Opting to bat first, Afghanistan scored 190/4 at the end of 20 overs.

Nabi said Afghanistan's aim was to put on a big total on board and he was glad the team executed things as per the plan.

With inputs from ANI. 'Can we send them to Bigg Boss?': Harbhajan and Amir's Twitter war generates meme-fest