The whole world is celebrating the 2566th birth anniversary of Gautam Buddha, the priest of peace.

Ujjain (Madhya Pradesh): A ‘Prabhat Pheri’ (morning march) was taken out here on Monday on the occasion of Vaishakhi Purnima which is the birth anniversary of Gautam Buddha. Also, wreaths were laid at the statue of Baba Saheb at Tower Chowk.

The whole world is celebrating the 2566th birth anniversary of Gautam Buddha, the priest of peace. The prabhat pheri started from Ashok Buddha Vihar in Freeganj and reached Tower Chowk via major roads of the city. Flowers were offered at the statue of Dr Bhimrao Ambedkar here.

Savitri Kataria, secretary of the Buddhist Society of India, said that Lord Buddha had given the message of peace and humanity in the world. To spread this message among masses, a prabhat pheri was taken out. It was attended by a large number of followers.

The picture of Lord Buddha was kept in the chariot during the procession and the messages of Buddha were being broadcast and people were walking with the flag in their hands. After the prabhat pheri, the Buddhist community again reached Ashok Vihar. The society decided to follow the principles laid down by Mahatma Buddha.

On the other hand, on Vaishakhi Purnima people also came to take bath in the Kshipra river. However, the number of pilgrims remained comparatively less. After bathing people also made donations. Devotees also reached Siddhavat temple in large numbers where they offered milk to the presiding deity for the peace of departed souls. 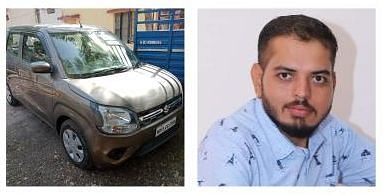