On day one, Ujjain-Indore MEMU train flagged off 30 min late 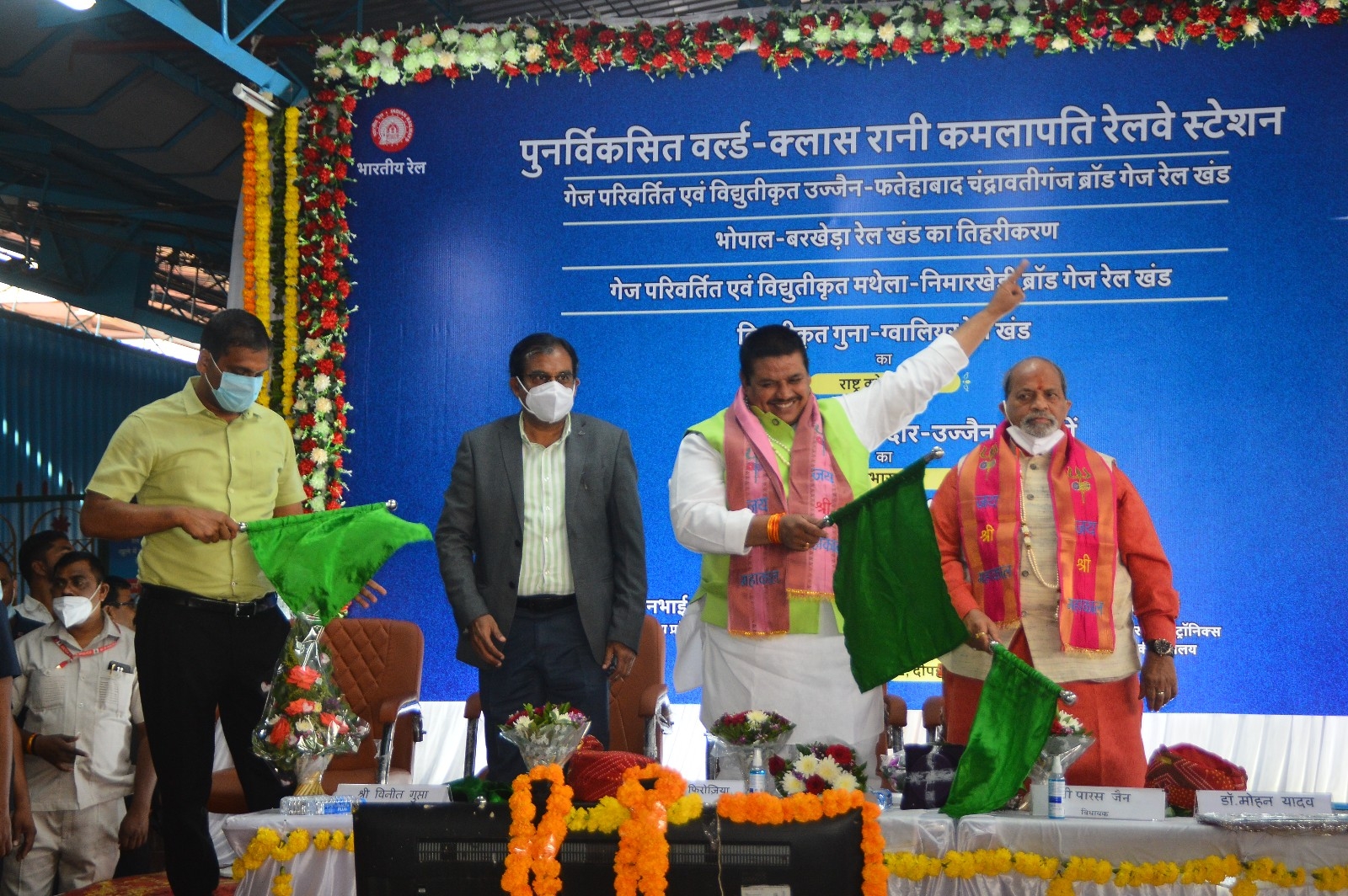 MP and MLA flagging-off (L) the MEMU train (R) between Ujjain-Indore via Fatehabad, in Ujjain on Monday. | FP

The train, which was scheduled to depart from here at 3.32 pm, could depart at 4.02 pm owing to a delay in the programme. As the event was delayed by about half an hour already, only a few commuters boarded the train. On the other hand, dozens of BJP workers commuted without even bothering to buy tickets.

The special train left the Ujjain station for Indore after the flag-off ceremony. All the ruling party leaders and administrative officials gathered at the railway station to witness the ceremony and listen to the PM's address to the public. However, most of the chairs were vacant when Modi started his speech.

For gauge conversion and electrification the Ujjain-Fatehabad narrow gauge section of the Western Railway’s Ratlam division was closed in 2014. The operations for the passenger trains were resumed from Monday, however, the MEMU train was operated on the first day. 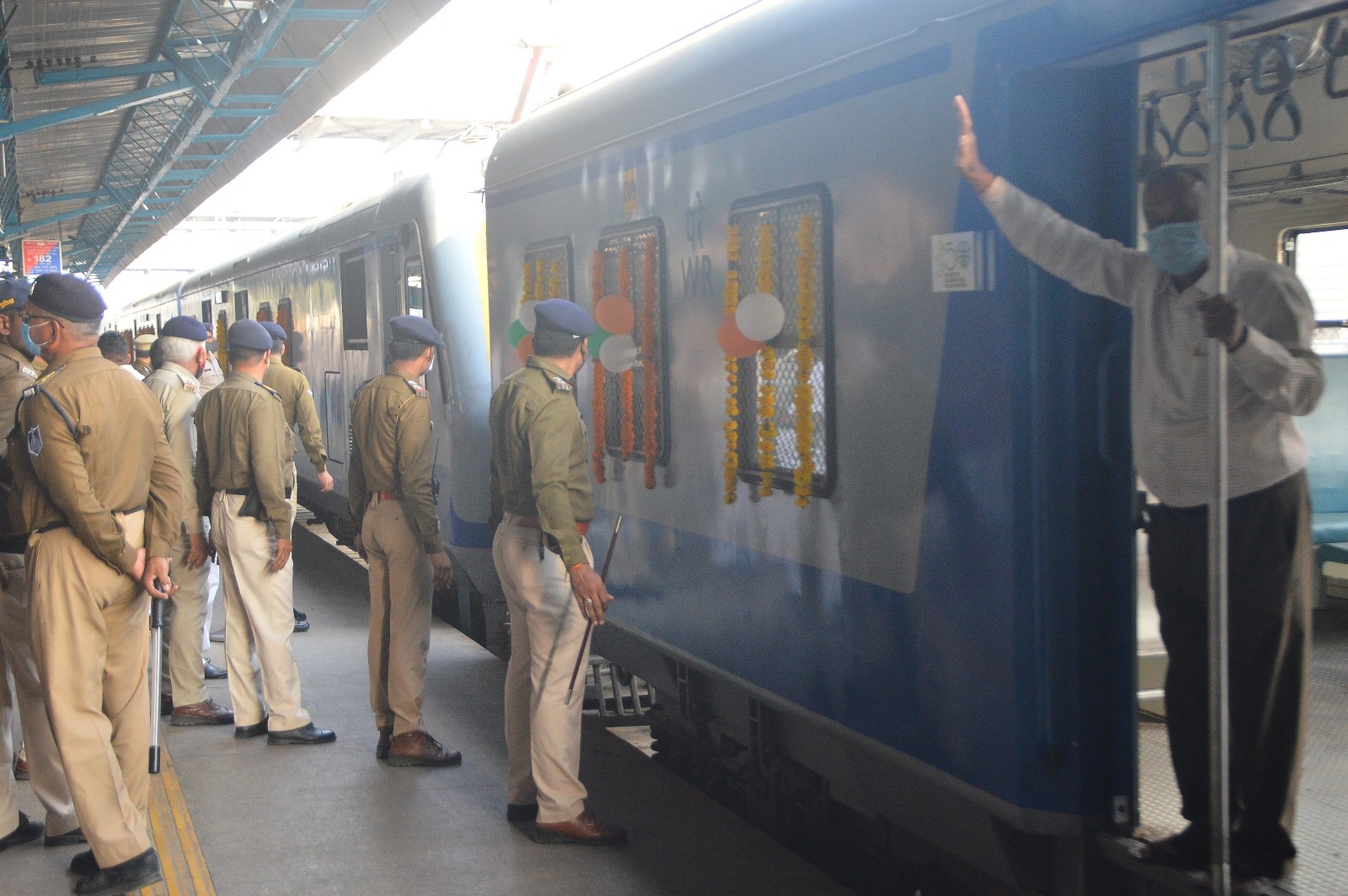 MEMU train (R) between Ujjain-Indore via Fatehabad was flagged off from Ujjain on Monday. | FP

Ticket priced at Rs 40; travel time cut short: On the first day of the inauguration, only 25 tickets were sold while many BJP workers boarded the special train without tickets. The fare remains Rs 40 between Indore and Ujjain.

The travel time between Ujjain and Indore has been cut down by 45 minutes via Fatehabad. While the special feature of the train will be its speed, the travel time will be 75 minutes from Ujjain to Indore and vice versa.

MEMU trains having 12 coaches will remain among the unreserved category of trains and will pass through various stations including Chintaman Ganesh, Lekoda, Fatehabad, Ajnod, Balodatakun, Palia and Laxmibai Nagar railway stations also. As many as twenty villages will be directly connected by train which will benefit residents of the villages.