Government to work towards resurrecting perennial form of Kshipra.

Lord Mahakal at the centre presides over first-ever Cabinet meeting held in Ujjain on Tuesday. | FP
Follow us on

Ujjain (Madhya Pradesh): The State Cabinet meeting, which was held for the first time in Ujjain under the chairmanship of Lord Mahakal on Tuesday, presented a bouquet of announcements for the city. The Cabinet gave its in-principle nod for developing the river lakefront to ensure resurrecting the perennial form of the Kshipra.

CM Shivraj Singh Chouhan and about 17 of his Cabinet colleagues, besides CS Iqbal Singh Bains, were present at the meeting organised at 'Samrat Vikramaditya Bhavan' for about an hour. Before the start of the proceedings, the CM, CS and others paid their respects before the portrait of the Mahakaleshwar Jyotirlingam.

Later, briefing the media, Cabinet spokesman Narottam Mishra said the Mahakal Corridor would now be known as 'Mahakal Lok' as it symbolised the presence of the entire family of Lord Mahakal.

He said that the Shivraj Singh Chauhan government had approved the project of expansion and beautification of the Mahakaleshwar Temple premises at an expense of Rs 856 crore in 2017. He claimed that tenders for the work were floated in 2018, but the project had been kept on the back-burner in 2019 during Kamal Nath's tenure.

However, the BJP government expedited the project in 2020. He said PM Narendra Modi would inaugurate the first phase of the project on October 11.  Work on it has been completed at a cost of over Rs 350 crore. He emphasised that the next phases of the project would be accomplished according to their specific deadlines.

Mishra said the present strength of Ujjain's police band would be increased from 11 policemen to 47 as the Cabinet had sanctioned 36 new posts for this purpose. Likewise, the Cabinet also sanctioned a sum of Rs 80 crore for the expansion of Ujjain's Datana airstrip.

He said that the present space of 1,070 metre strip on 30 hectares would be expanded. It would be increased up to 40 hectares and Rs 41 crore and Rs 39 crore would be spent on land acquisition and development works, respectively, under the first phase and, later, it would be converted into an airport.

Responding to a long-pending demand of Ujjain residents to make Mahakal City into a 'Pavitra Nagri', Mishra assured people that he would consider the proposal. He clarified that the things which the BJP government was doing for Ujjain were not just 'window-dressing' or to 'show-off'.

Read Also
Mahakal city to get its pristine honour of yore back; yesterday's capital Ujjain will see Shiv-Raj... 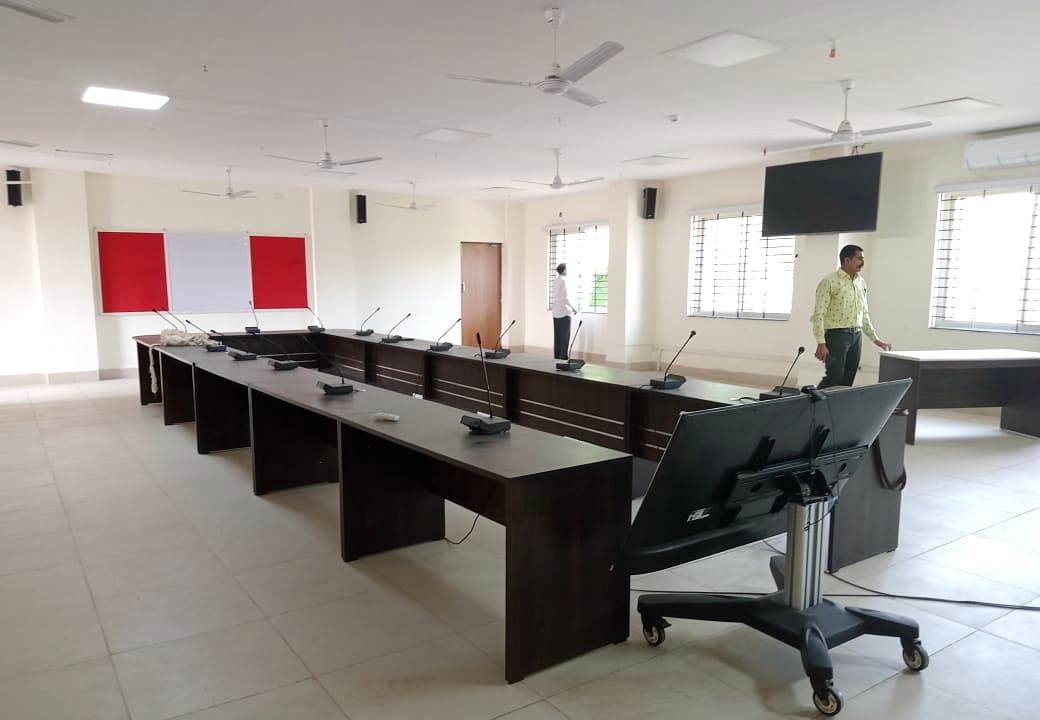 Mahakal corridor project: How this ambitious project will revive Rudrasagar Lake choked due to sewer...