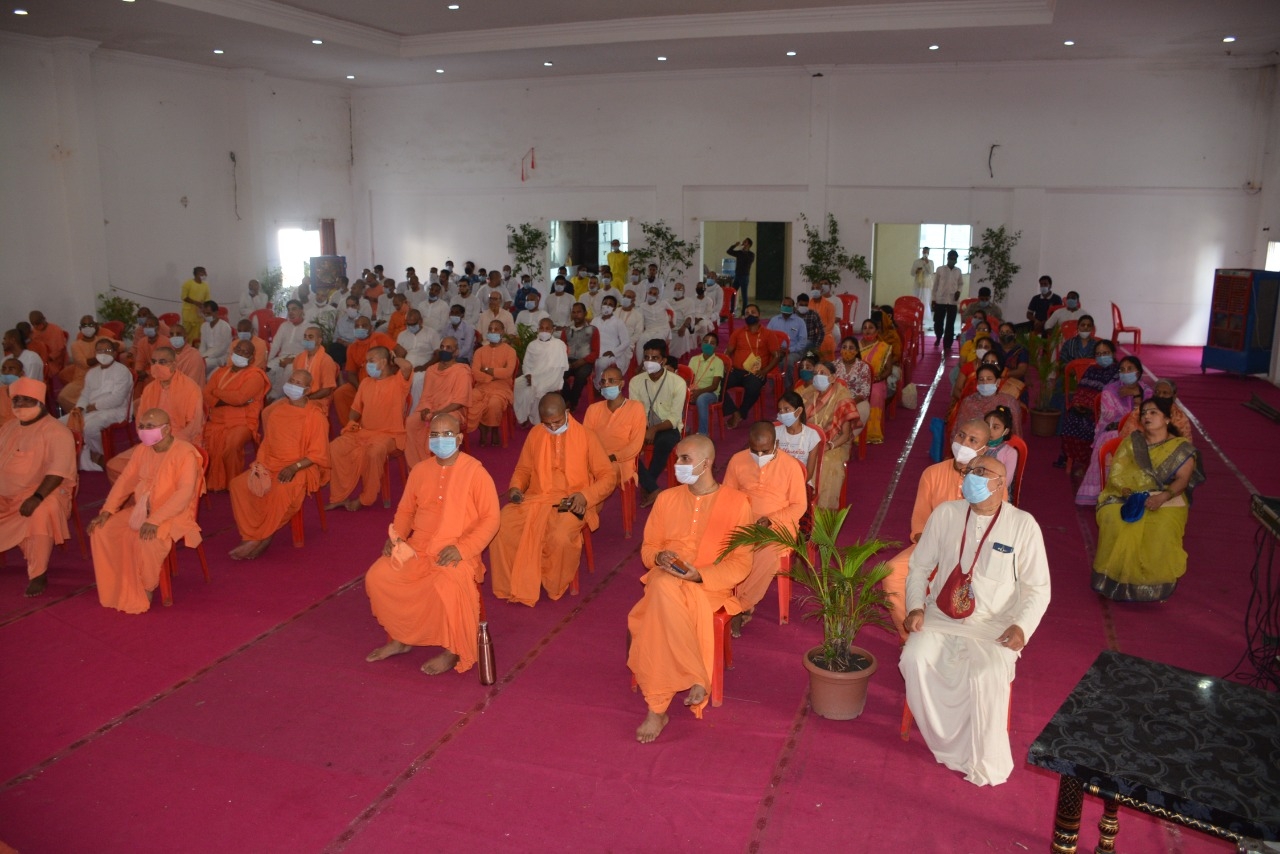 To participate in this virtual programme of the Prime Minister, 20 ISKCON centres were selected in India, of which Ujjain was one. Addressing 600 ISKCON temples and devotees from over 60 countries, PM praised Prabhupada’s tireless efforts to share the teachings of Lord Krishna, Bhagavad Gita and Indian culture with the world.

The PM recalled the life of Srila Prabhupada, who after overcoming many challenges founded the International Society for Krishna Consciousness (ISKCON) in 1966 and founded 108 temples across the world, which today has over 800 such centres. In India, he established his head office in Mumbai and laid the foundation stone of 300 centres across the country.

According to ISKCON Ujjain’s PRO Pt Raghav Das, after releasing the commemorative coin of Rs 125 minted by the Alipore Mint, the PM thanked the members of ISKCON not only for their tireless efforts in propagating the culture of India, but also for their social initiatives such as the world's largest food relief programme during the Covid-19 pandemic where volunteers served food to over 25 crore people across the country.