Dasaratha Pandya has been made the president once again for Ujjain district.
FP News Service 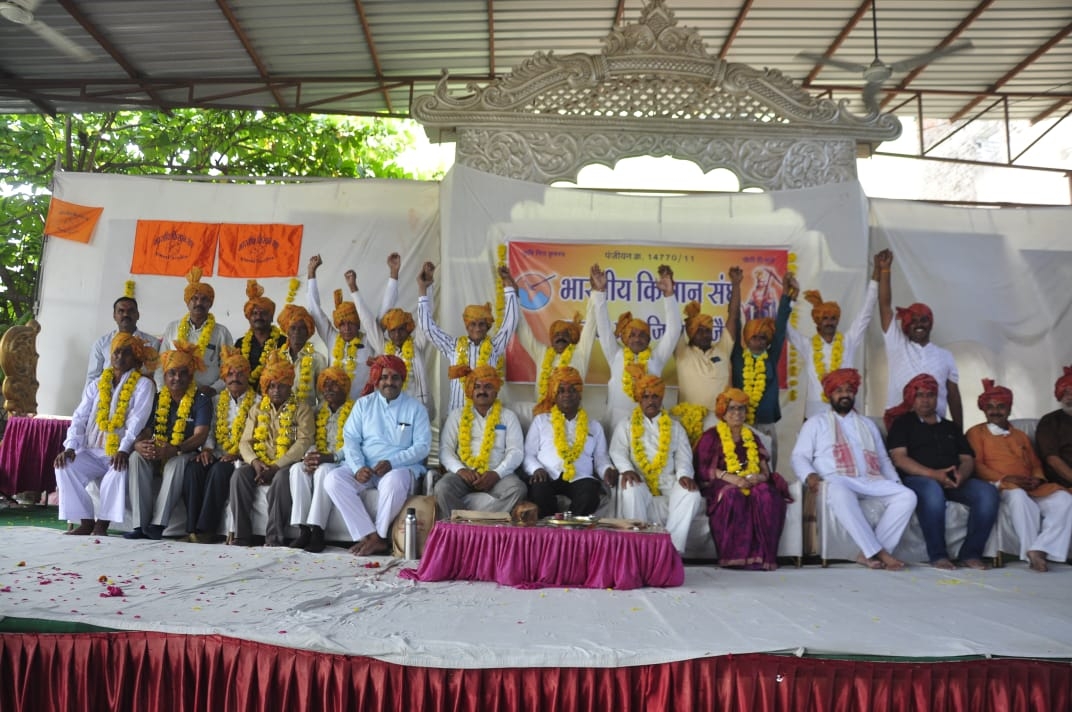 Ujjain (Madhya Pradesh): Bharatiya Kisan Sangh chalked out the strategy for demonstration to be held across the country along with the elections of its district unit on the Premchhaya premises on Wednesday.

Dasaratha Pandya has been made the president once again for Ujjain district. After the election, state officer Dinesh Paliwal said that the farmers are getting very less rates as against their investments for their produce. Due to this, the BKS will launch a movement on September 8.

State spokesperson Bharatsingh Bains said, the demands of the farmers' union are being continuously ignored. The basis of our demonstration will be to provide remunerative price to the farmers according to the cost.

The central government is claiming to double the income of farmers by 2022 but no such scheme is coming on the ground. To protest against this, demonstrations will be held at 525 district headquarters of the country on September 8. Madhya Pradesh: Gas cylinder gets dear by Rs 354 in 17 months