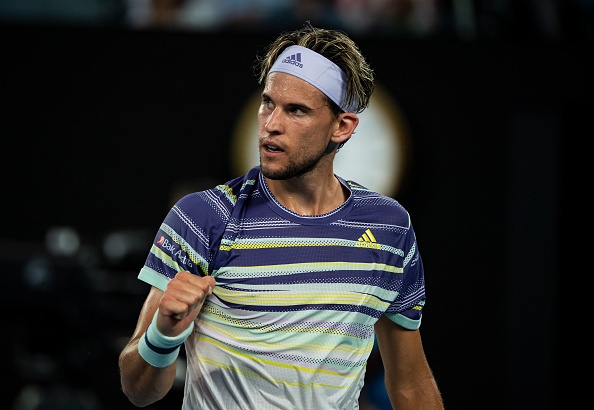 World number 15, Dominic Thiem will not take part in next month's Australian Open, the Austrian announced on Tuesday.

The 28-year-old has withdrawn from the season's first Grand Slam due to a long-standing wrist injury. The former world number three took to Twitter to announce his withdrawal from AO and also informed that he will start the season in South America at the Cordoba Open in Argentina, end of January.

"As you all know, I came back home to Austria to recover after the hard practice sessions I had in Dubai and the slight set back in my preparation. I am now feeling well again, my wrist is in optimal conditions and I am practicing normally with a very good intensity." "After the short holidays, my team and I have assessed all matters and we have decided to make some changes to my initial tournament schedule: I will start the season in South America at the Cordoba Open in Argentina, end of January, and therefore I will not play this year at the Australian Open in Melbourne, a city that I love and where I have great memories of unforgettable matches in front of amazing crowds. I will miss the Australian fans but I will be back in 2023," the statement added.

Thiem has not competed on tour since June when he suffered a detachment of the posterior sheath of the ulnar side of his right wrist during the match against Adrian Mannarino at the Mallorca Championships.

Earlier he has also withdrawn from ATP Cup and Sydney Tennis Classic, an ATP 250 event. He was due to lead Austria at the third edition of the ATP Cup and the country remains in the ATP Cup despite Thiem's injury.

The Australian Open begins in Melbourne on January 17. Top 5 players who have pulled out of Australian Open 2022