The final over by Shami might not be enough to conclude he is the right man for the job but at least, it cleared the air that he has what it takes

These are some of the statements you must have come across when Mohammed Shami was named as Jasprit Bumrah’s replacement in India’s T20 World Cup squad a few days back. While nobody can fill Bumrah’s shoes, given how good he bowls in all phases of an innings, Shami was the best possible replacement. How?

Earlier on Monday (October 17) in the warm-up game, Australia needed 11 runs off the last over and Shami, who hadn’t bowled in the match till that moment, was handed the ball by skipper Rohit Sharma.

Since death bowling has been a concern for India lately, Shami had a job to do. First ball: he tries to bowl the yorker but ends up conceding two runs off the low full-toss. Second ball: better execution of yorker but Pat Cummins still manages to get a couple.

Seven off 4 now! Game looking in Australia’s favour. But then runs in Shami with his tail up, Cummins lofts and finds Virat Kohli at the long-on fence — a tremendous catch, he is gone! Fourth ball: a short ball, swing and a miss — no run and a run-out!

Fifth ball: a ripping yorker, nailing down Josh Inglis’ stumps! Last ball: another yorker and stumps are tumbling! India sneaks a 6-run win and Shami is the hero: conceding only 4 runs and taking three wickets in the all-important final over!

“Bowling Shami at the death was always the plan and you saw what he did,” said Rohit after the match, probably unveiling that Shami is the answer to India’s death bowling woes!

This final over by Shami might not be enough to conclude he is the right man for the job but at least, it cleared the air that he has what it takes. India hadn’t been bowling enough yorkers at the death and Shami, without a doubt, has the ability to bowl those nailing yorkers, which he showed today. He also has the experience, making the job a bit easy.

Australia are the top favourite of the tournament, even though it was just a warm-up match, it would undoubtedly give India, especially Shami, confidence going into the mega tournament. 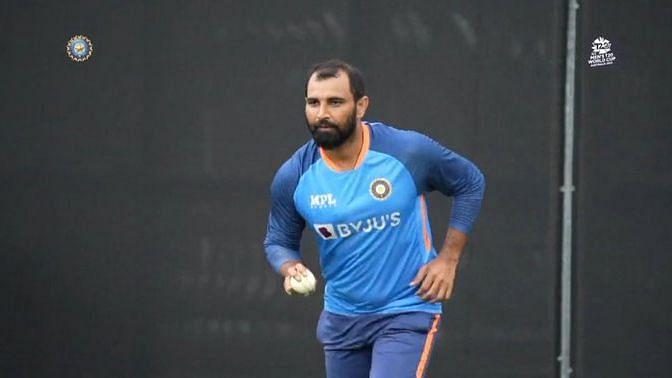