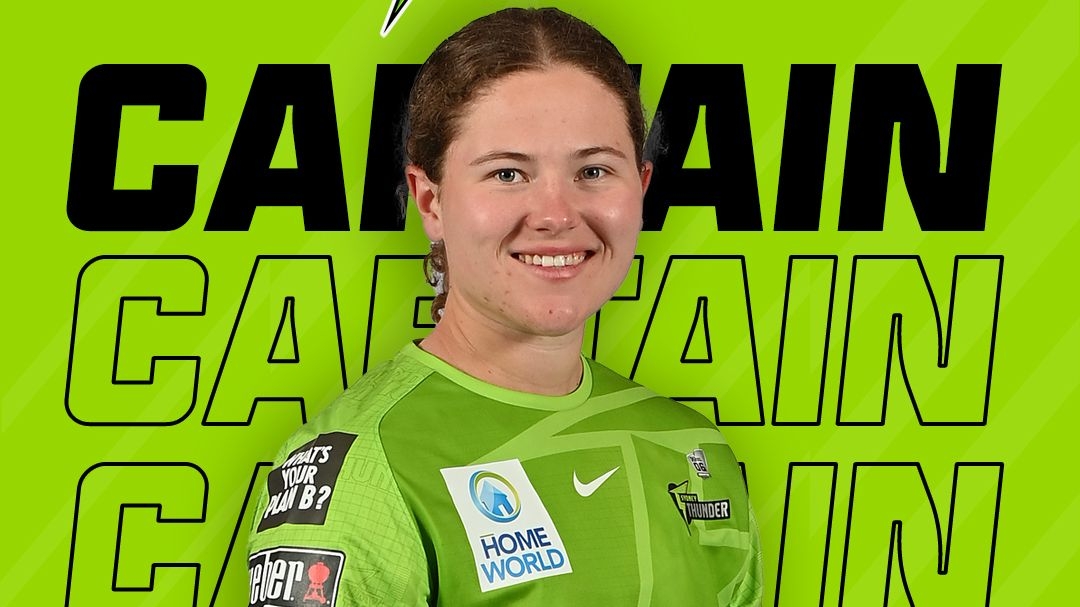 Darlington will take the charge in place of regular captain Rachael Haynes, who pulled out of the season after the birth of her son Hugo, and other factors like 14 days of quarantine and border closures.

"I've been part of this club for nearly five years now and supported it all the way through, so to have the opportunity to step in for Rach is pretty special."

Hannah Darlington will take the reins as our captain for #WBBL07 🤩#ThunderNation https://t.co/pIvzr0PokJ

"I've been part of this club for nearly five years now and supported it all the way through, so to have the opportunity to step in for Rach is pretty special and I'm ready to lead a team that I'm really passionate about," Hannah said in a statement by Sydney Thunder on Thursday.

Hannah, at 19 years and 262 days, becomes the youngest captain in the history of the league, overtaking current Melbourne Renegades leader Sophie Molineux and Australia captain Meg Lanning, who led Melbourne Stars in the first edition of the league.

The appointment as skipper comes after she made her ODI and T20I debuts for Australia in the recent multi-format series against India.

Trevor Griffin, the Sydney Thunder coach affirmed that the teenager pacer was the 'natural choice' to come in place for Haynes as skipper. "Hannah is somebody who is passionate about the Thunder Nation, and she's shown leadership qualities over the last two seasons and was just a natural choice. She's somebody that the team hold in high regard, and she goes out onto the field with real passion in her heart and lives and breathes our culture."

Defending Champions Sydney Thunder begin their WBBL campaign on October 16 against the Adelaide Strikers at Blundstone Arena in Hobart.