Both MS Dhoni and Eoin Morgan have been out of form with the bat but have led CSK and KKR respectively into the finals of IPL 2021. Will their lack of runs cost them the title?
S. SUDARSHANAN 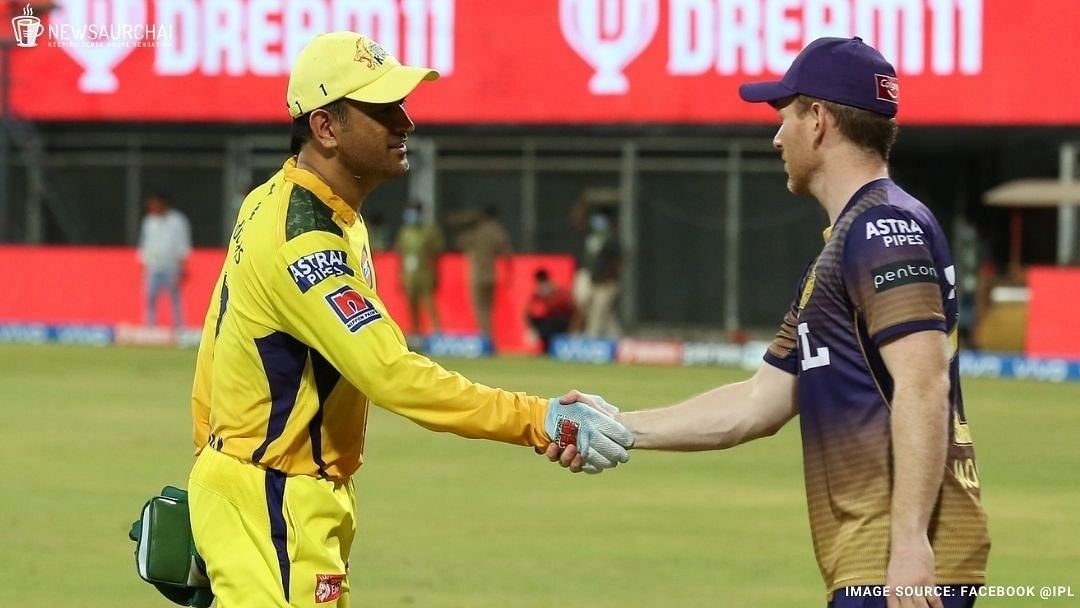 What is the value of a captain to a successful cricket team? Can a player warrant a spot in the XI just on the basis of his leadership and tactical acumen? It may be so, that the captain is only as good as his team, but does the converse apply, too? The cricketing world maybe divided on the importance of a captain in a T20 match, but Chennai Super Kings and Kolkata Knight Riders, the finalists of IPL 2021, have both been led by skippers who haven’t necessarily contributed much.

CSK captain MS Dhoni has scored a mere 114 runs this season, the least he has ever done in an edition. That his strike rate is on a wane for close to two-three years now is an open secret; this season’s 106.54 is the least he has struck at. However, Dhoni the captain has been as shrewd as ever and made some good calls in the middle.

Dhoni left out a misfiring Suresh Raina, his trusted aide and CSK’s backbone, and brought in Robin Uthappa with two games to go in the group stages. Uthappa repaid the faith by hitting 63 in Qualifier 1 and playing a central role in CSK’s direct qualification to the final. The 40-year-old also made some crucial decisions on the field as the men in yellow came back strong after a forgettable IPL 2020.

Dhoni’s counterpart Eoin Morgan hasn’t been among the best of forms with the bat either. In the 14 innings he’s played in the ongoing season, the England T20I captain has entered double digits only thrice. Morgan has also registered some unwanted records to his name in the process – that of having the joint-most ducks (4) in a single IPL season and the most single digit scores in a season (12).

ALSO READ: Will Venkatesh Iyer fire in the CSK-KKR final?

“I am short of runs in this phase of the tournament, the whole tournament in general. I am very lucky to be in a position where I have been through stages like this in my career. I think the longer you go without contributing a significant score, the closer you are to actually contributing. And that's coming from experience,” Morgan had said when asked about his lack of form at the start of the month.

Rohit Sharma, MS Dhoni, Gautam Gambhir, David Warner, now Eoin Morgan in the final ....Showing the great value of having a top leader. I will repeat, in franchise T20 cricket, a good captain is almost worth two players

Morgan, it must be remembered, took over KKR’s reins from Dinesh Karthik, who found himself in similar situation last season. But with KKR on the heels of qualifying for the playoffs and eventually doing so meant that a change of guard wasn’t needed.

The way KKR scraped through to the final shows that they are the more vulnerable of the two outfits. While the bad days at the office haven’t yet hurt CSK and KKR massively, Dhoni and Morgan would hope it does so to the other one on Friday at the Dubai International Stadium.

And so, back to the initial question – can a captain command a place in the XI just based on that facet? Daren Sammy did so for a couple of years leading up to his retirement. But with T20s gaining pace and scores getting bigger, every inch of a run would matter. And none better than from the captains’ bats.