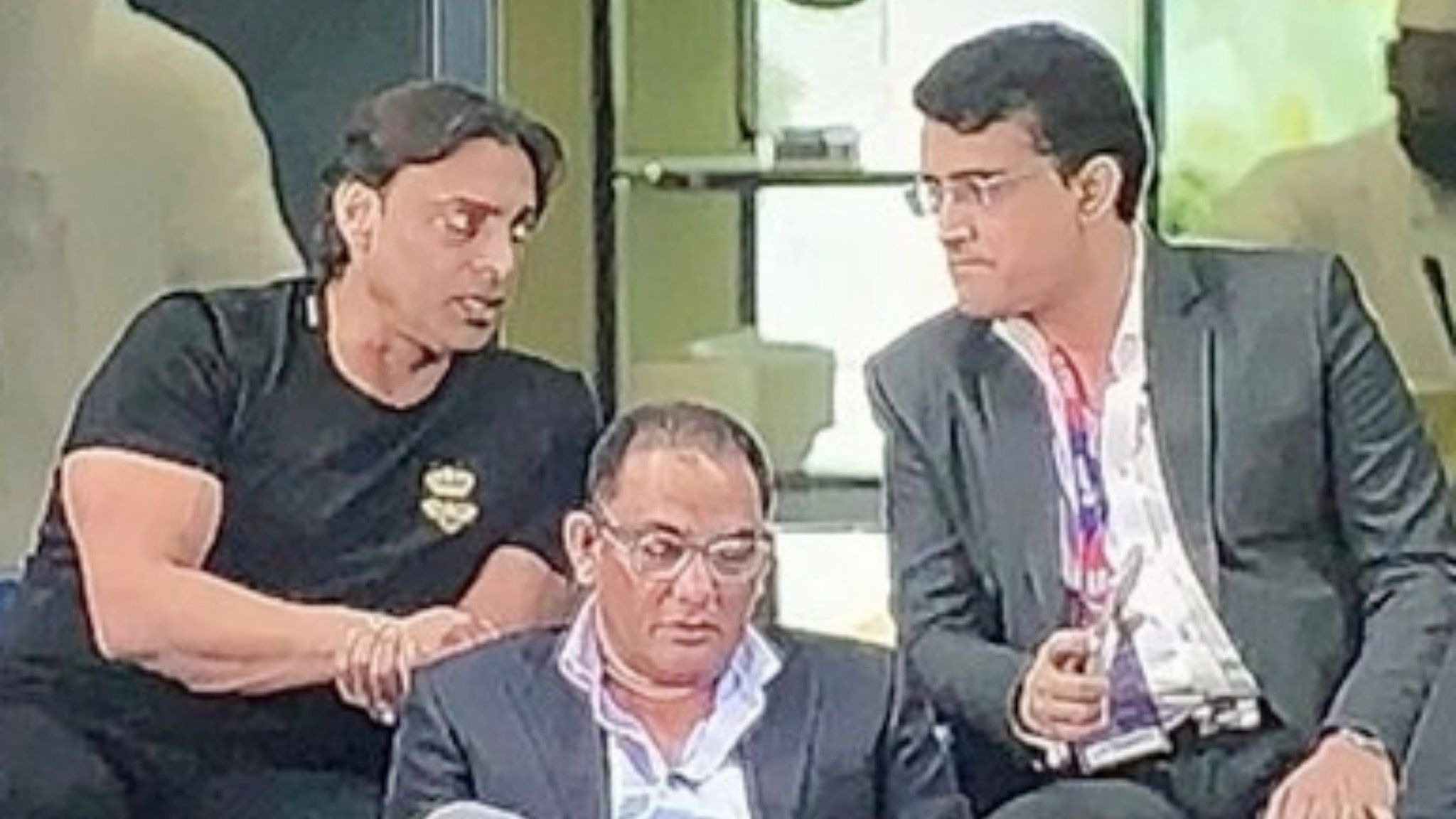 Akhtar shared a picture of him with Ganguly and former India skipper Mohammed Azharuddin during the final of the T20 World Cup on Sunday.

It was lovely running into an old friend and on-ground rival. And ofcourse BCCI chairman @SGanguly99 .
Also legendary @azharflicks in the picture. #WorldCupT20 #Dubai pic.twitter.com/cnYECRscs3

"It was lovely running into an old friend and on-ground rival. And ofcourse BCCI chairman @SGanguly99. Also legendary @azharflicks in the picture," Akhtar tweeted.

Coming to the final, New Zealand went down by eight wickets in the summit clash as Kane Williamson's stylish innings of 85 proved in vain in Dubai on Sunday.

Australian skipper Aaron Finch described the feeling of winning the maiden T20 World Cup title as "awesome" and said the victory is great for Australian Cricket.

"Yeah, it's awesome, it really is. I think there's been so much talk about this being the one that's been elusive to Australia. And to be fair, we probably underperformed in the past, if we are being honest with ourselves," said Finch in the postmatch press conference as per ICC.