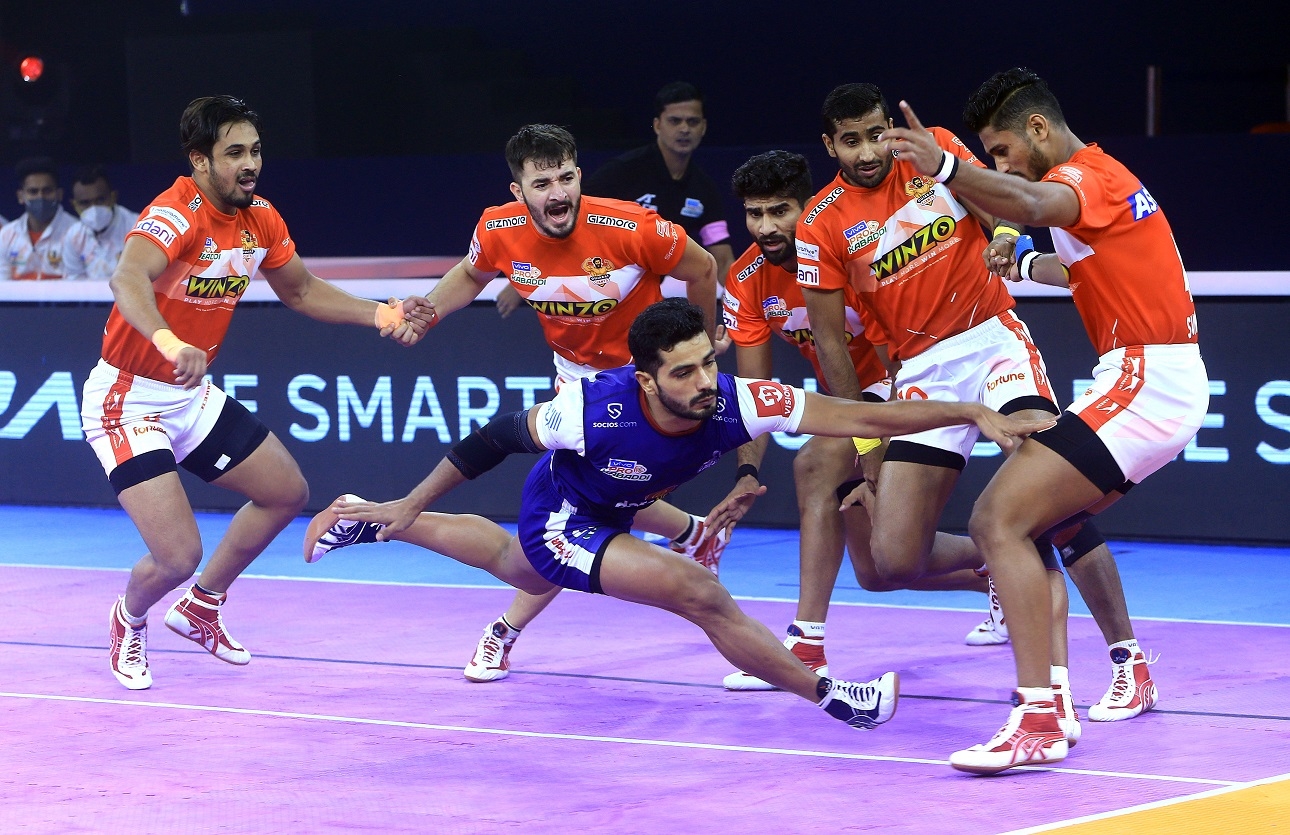 Gujarat Giants have struggled despite having stars in their defence |

Bottom dwellers Puneri Paltan will look to change their fortunes when they take on a struggling Gujarat Giants in a Pro Kabaddi League match here on Wednesday.

Dabang Delhi KC will lock horns with Telugu Titans in the second match of the day.

The team from Pune has just one win in its five attempts with experienced stars such as Rahul Chaudhari and Vishal Bharadwaj failing to make the expected impact.

The Giants, meanwhile, have struggled despite having experienced stars in their defence.

The absence of Nitin Tomar and Chaudhari's poor form has affected coach Anup Kumar's Pune side in the initial matches of the season.

Puneri Paltan have just one win in the season and have lost the other matches with a margin greater than seven points. The side's lack of experience, despite having promising young stars such as Aslam Inamdar and Mohit Goyat, is the reason why they've conceded defeats with big margins.

Baldev Singh's renaissance in the right corner will give Pune some confidence though. He seemed to have finally grasped an understanding of Vishal Bharadwaj's moves from the left corner. Together they will need to control their young team filled with exuberance.

On the other hand, Gujarat's much-famed defence has not clicked so far with just one win and two ties in five matches. In Pune's Aslam Inamdar and Mohit Goyat, they have a left and right raider who can cause inconsistencies in the opponent's defensive shape.

Girish Ernak's fitness will be key in the left cover for Gujarat. His presence usually gives more confidence to the right corner Ravinder Pahal.

The usually reliable cover combination of Parvesh Bhainswal and Sunil Kumar is yet to hit form this season. But the raiding duo of Rakesh and Rakesh Narwal have looked positive in the recent matches which will give coach Manpreet Singh confidence going into the match.

Naveen Kumar and his teammates will aim to put Delhi back on the top of the points table by beating a Titans side who are winless this season.

Dabang Delhi KC is the only unbeaten side this season but it took their best to manage a tie against Tamil Thalaivas in their latest match.

Naveen has been his formidable best with five Super 10s in as many matches but Dabang's reliance on their star raider can backfire if he spends too much time away from the mat.

To stop Naveen, Titans' corner defenders Rituraj Koravi and Sandeep Kandola would need to be in top form. They have shown glimpses of their potential in the recent matches but in Naveen, they face the most complete raider in the league.

Titans' raiders have also shown they can cope without captain Rohit Kumar and injured Siddharth Desai. Young stars Ankit Beniwal and Rakesh Gowda will be eyeing to exploit the weaknesses in Delhi's left side of defence manned by season veterans Joginder Narwal and Manjit Chhillar.