Paul Pogba joined Manchester United for a world-record fee. He'll leave the English club for nothing.

United said on Wednesday the France midfielder would be departing Old Trafford at the end of the month when his contract expires.

"We wish him all the best for the next steps on a remarkable journey," the club said in a long statement that detailed all the successes in his career.

Pogba's second stint at United has been underwhelming, however.

He made his return in 2016, when Jose Mourinho was manager, for a fee of around 105 million euros (USD 116 million) and to much fanfare amid a series of glitzy videos. He came from Juventus, where he had moved from United in 2012 having joined the English team's academy at the age of 16.

Pogba made 226 appearances, scoring 39 goals, in six injury-affected years in his second spell at United. During that time, he won the World Cup with France in 2018 but his performances for United never quite matched those for his national team, with United managers unable to find his best role.

He won two trophies—the League Cup and the Europa League—both in his first season back at United.

In his first spell, Pogba played only seven games—all as a substitute—for United before it ended sourly when he allowed his contract to run down and join Juventus.

United got only 800,000 pounds (around USD 1 million) in compensation for a player who was then just a precocious teenager.

His final game for United proved to be the 4-1 loss at Liverpool in April, when he hobbled off injured early in the first half.

"For a boy that joined the academy at 16 to make over 200 United appearances and lift the Youth Cup, along with two major pieces of silverware - not to mention the World Cup at international level - is something that should be applauded and celebrated," United said.

"Everyone at the club would like to congratulate Paul on his successful career."

Pogba has been linked with Juventus and Paris Saint-Germain.

Read Also
EPL: Here’s what Manchester United's Paul Pogba is up to ahead of his rumoured Old Traffort exit 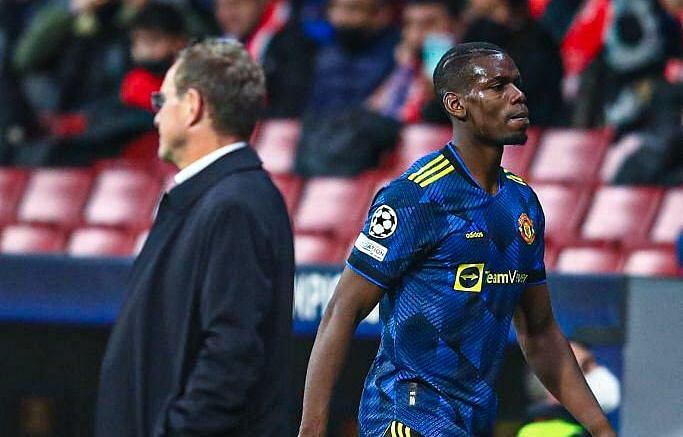