The Pakistan World Cup squad is expected to leave around October 14 for the World Cup.
PTI 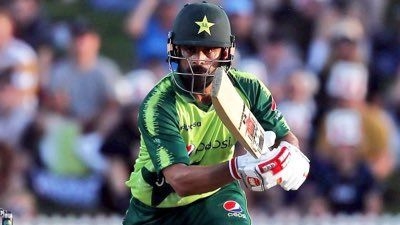 Karachi: Former Pakistan captain Mohammad Hafeez was on Wednesday ruled out of the ongoing National T20 Championship after contracting dengue and has also been rendered doubtful for upcoming T20 World Cup in the UAE.

Hafeez, who will turn 41 next month, is now under treatment at his home in Lahore and it remains to be seen if he will gain fitness in time for the mega ICC event, starting October 17.

"It depends on the severity of the dengue virus that one has contracted but yes it is an illness that leaves one pretty weak and it takes around a month to regenerate platelets and make a full recovery," a local doctor said.

A reliable source in the Pakistan Cricket Board said that the medical panel of the board was in touch with Hafeez and keeping a close watch on his treatment and recovery.

The Pakistan World Cup squad is expected to leave around October 14 for the World Cup.

Initially Hafeez had complained of food poisoning when he was staying at the team hotel in Rawalpindi for the first leg of the National championship but when his condition didn't improve he went to Lahore where he was diagnosed to have contracted dengue.

Hafeez is one of Pakistan's most senior players after Shoaib Malik having appeared in 55 Tests, 218 ODIs and 113 T20 internationals.

His recent form has not been good but he was seen as an automatic selection for the World Cup after scoring a heap of runs in late 2019 and 2020 in T20 internationals as the former captain has now retired from Tests and ODIs.

The International Cricket Council (ICC) has set October 10 as the deadline for the World Cup participating nations to make changes in their squads announced earlier this month.

Teams are also allowed to have travelling reserves with them in the tournament at their own expenses as the ICC is footing the bill for only 15 players and eight officials for each team.

Hafeez recently was in disagreement with the PCB after he was asked to prematurely terminate his contract with the Guyana franchise and return home early from the Caribbean Premier League.

The former captain was not amused with the situation as he was given a deadline until September 12 to return to Lahore or risk being dropped for the World Cup.

The board had earlier given NOCs to all players to play in the CPL and report back for the home series against New Zealand by September 17.