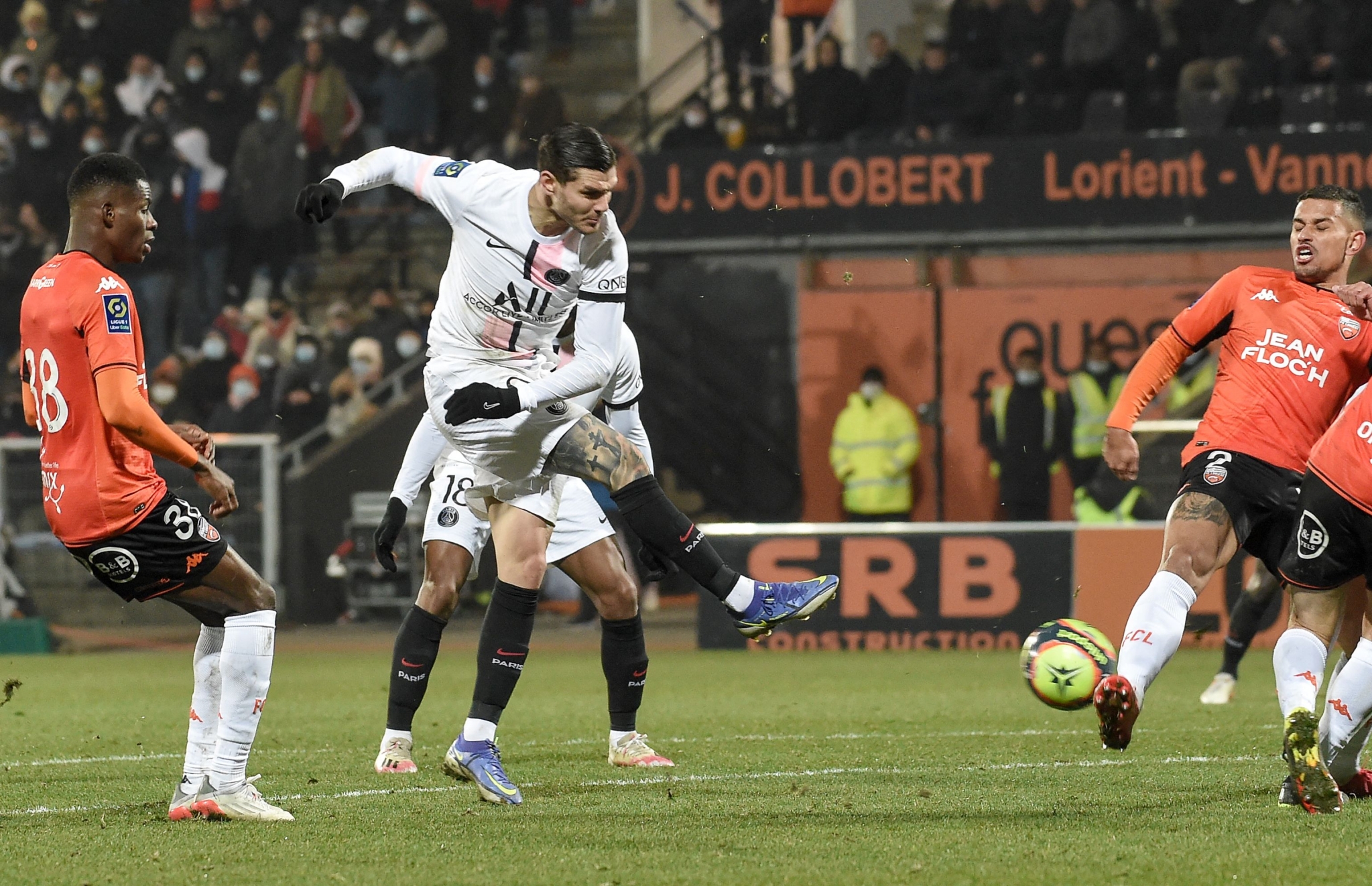 Runaway leader Paris Saint-Germain headed into the winter break after narrowly avoiding a humiliating defeat as Mauro Icardi's injury-time goal salvaged a 1-1 draw at struggling Lorient in the French league.

PSG leads second-place Nice and third-place Marseille by 13 points. Nice beat Lens 2-1 while Marseille needed an even later injury-time goal than PSG to draw 1-1 at home to Reims. Nice and Marseille are separated on goal difference.

It was another mostly bland and uninspiring performance from PSG this season. Coach Mauricio Pochettino's side was easily exposed by fast attacks and conceded an alarming 11 shots in the first half against a side in 19th place.

Pochettino brought on former Real Madrid defender Sergio Ramos after the break, but he was sent off five minutes from the end for a second yellow card.

With 10-man PSG pouring forward, right back Achraf Hakimi clipped over a great cross from the right and Icardi expertly headed home in the first minute of injury time to cancel out Thomas Monconduit's thundering strike late in the first half.

"We know they have difficulty coping with counterattacks so that's why we played deep and used transitional play," Monconduit said. 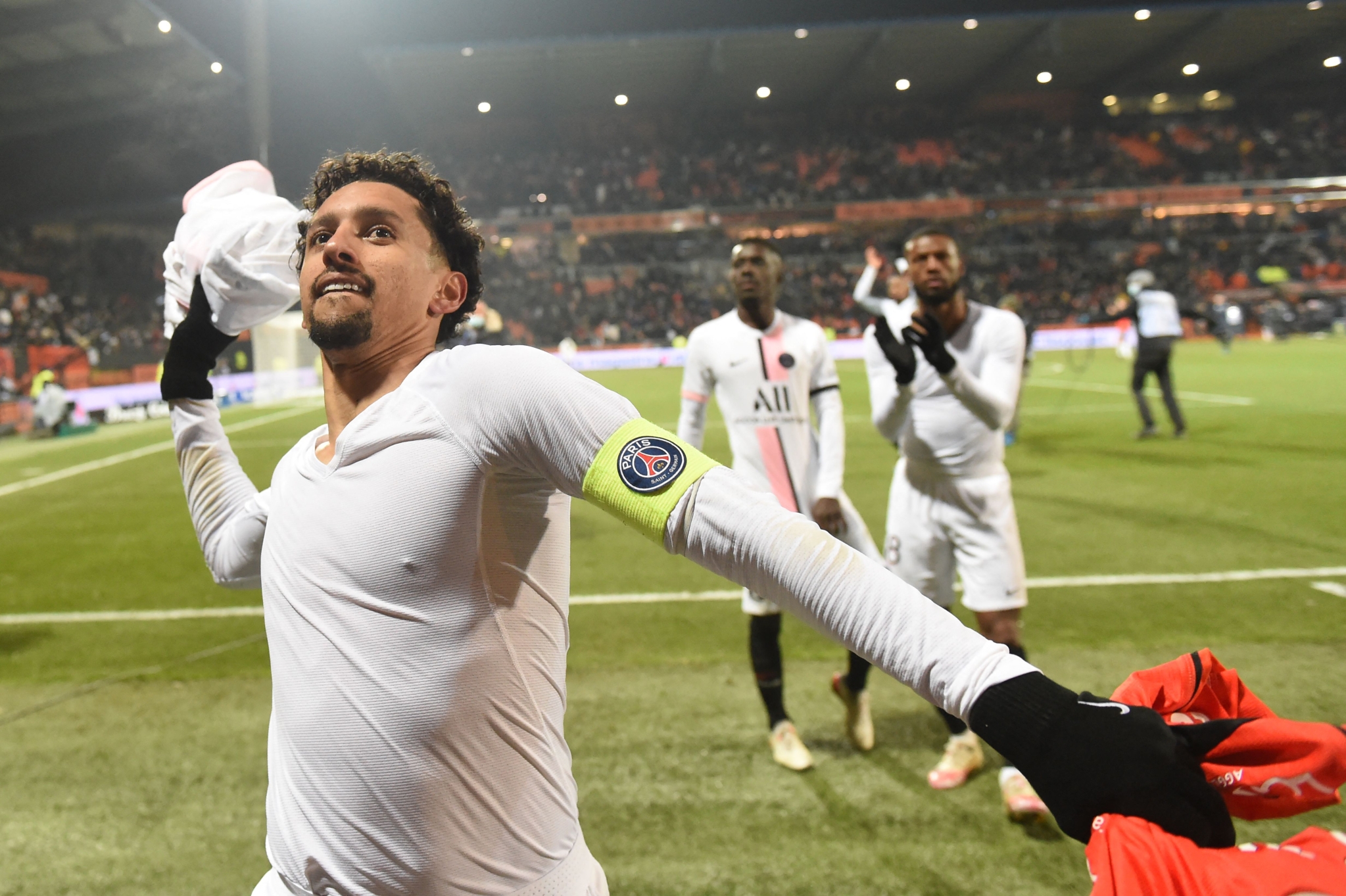 PSG Marquinhos (L) throws his jersey to the supporters at the end of the match | Photo: AFP

Pochettino stopped short of criticizing another sluggish performance with PSG again rescued by a late goal, as happened against Lens this month.

Apart from an early miss by Icardi and a shot onto the post from seven-time Ballon d'Or winner Lionel Messi, PSG was on the back foot as Lorient often got behind the defense in the first half.

PSG goalkeeper Keylor Navas made several stops, with the most important against striker Terem Moffi, who should have done better after going clean through in the 16th.

Moffi could have shot powerfully but switched feet to try and chip the hugely experienced Navas, who stayed upright as late as possible to make a fine save befitting his status as one of the world's best.

Moffi then combined with Enzo Le Fee to set up Monconduit for a fizzing strike from 20 meters which beat Navas off the underside of the crossbar.

Pochettino let his frustration show when Angel Di Maria blazed over after being set up in the 55th by Messi, who took a high ball down and glided past an opponent before squaring it perfectly.

Navas was in action moments later to prevent his team conceding a second and opposite number Paul Nardi twice denied Messi.