Multiple reports on the social media on Sunday claimed that many Indian fans who had valid tickets but wore the Indian jersey were denied entry into the Dubai International Cricket Stadium for the Asia Cup 2022 final between Sri Lanka and Pakistan.

The information was first revealed by the official Indian cricket fans group, the Bharat Army, on its official Twitter handle.

They put out a video on their Twitter account in which some fans claimed that they were denied entry into the stadium because they were wearing the Indian team's jersey.

In the video, a fan stated that the security staff told them they could only enter the stadium if they wore a Pakistani or Sri Lankan jersey.

"SHOCKING TREATMENT as The Bharat Army and other Indian Cricket Fans told they can not enter the stadium wearing 'India jerseys'!," Bharat Army posted on their official Twitter account along with a video of the fans' ordeals.

😡 SHOCKING TREATMENT as The Bharat Army and other Indian Cricket Fans told they can not enter the stadium wearing ‘India jerseys’! #BharatArmy #PAKvSL pic.twitter.com/5zORYZBcOy

The Bharat Army tagged the ICC and Asian Cricket Council in its tweet and sought an investigation into the matter.

"The @icc & @ACCMedia1 we urge you to investigate as our members travelled all the way from India to watch the #AsiaCup2022 and have been told they can't enter the stadium by local officials and the police! Absolutely shocking treatment!"

Asked to bat first, Sri Lanka rode impressive fighting fifty by Bhanuka Rajapaksa (71 not out off 45) and an attacking knock by Wanindu Hasaranga (36 off 21) to post 170/6 against Pakistan in the match.

Apart from Rajapaksa and Hasaranga, Dhananjaya de Silva (28 off 21) and Chamika Karunaratne (14 not out off 14) also played vital knocks for Sri Lanka, during their stay at the crease. 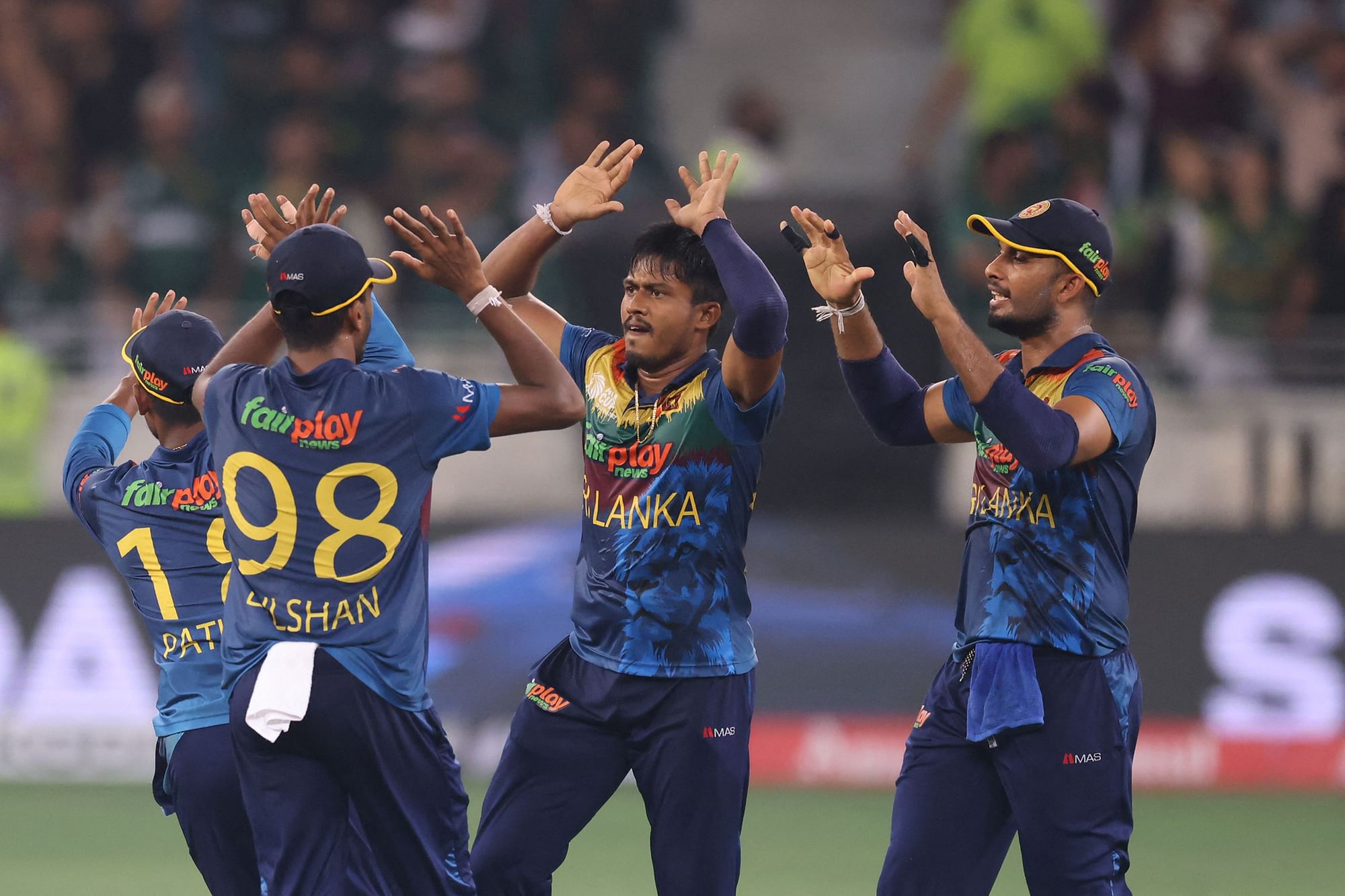