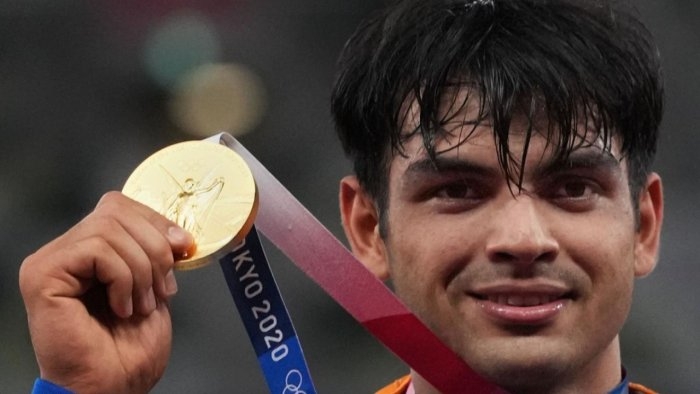 Lalit Bhanot, the Chairman of Athletics Federation of India's (AFI) Planning Committee, on Tuesday said they will stage javelin throwing competitions every year on August 7.

Indian javelin thrower Neeraj Chopra created history on August 7 as he became the first athlete from the country to win a gold in track and field in the Olympics. He threw the javelin to a distance of 87.58m to pick the gold medal at the Tokyo Olympics.

"Athletics Federation of India's planning committee has decided to further promote javelin throwing and will hold competitions every year throughout the country on August 7 as Neeraj Chopra won the gold in Tokyo on this day," Bhanot said in a felicitation program organised for Neeraj Chopra by the AFI.

Meanwhile, Neeraj Chopra arrived back home to a thunderous and grand welcome on Monday. Upon arriving at the Indira Gandhi International Airport here in New Delhi, the javelin thrower was swamped by supporters.

The star athlete said he couldn't believe it when he won the gold medal as the competition in the multi-sporting event was "quite tough".

"Every athlete dreams of winning a medal in the Olympics, I won gold and I couldn't believe it as the competition was quite tough and there were many good throwers but I performed well and won gold," said Neeraj.

"I thought I was living a dream but when I saw my medal I realised 'yes I have won gold in Olympics'. When I came back to India, I realised that I have done something worth getting respect from the people," he added.

This year the Games were held with COVID-19 induced restrictions and all events were held behind closed doors.

About 11,000 athletes from over 200 countries competed at the Tokyo Olympics. India recorded its best-ever haul at the Olympics with seven medals (one gold, two silver, and four bronze).