On the second day of the yatra's Madhya Pradesh leg, Rahul Gandhi started the foot march from Borgaon in Khandwa district.

Congress workers raised slogans in support of Rahul Gandhi and his sister and tried to come close to them, but police were seen making hectic efforts to prevent them from doing so.

Police personnel on both sides of the road held ropes as part of the security to Rahul Gandhi.

When the yatra resumed from Borgaon after sunrise, the crowd presence was less compared to the first day of its Madhya Pradesh leg, but later the number of people and vehicles started increasing.

The yatra will enter Rajasthan from Madhya Pradesh on December 4, after covering a distance of 380 km.

Pilot has joined the foot march at a time when demands for the change of leadership have been raised again in Rajasthan, before the entry of Rahul Gandhi's yatra into the desert state. 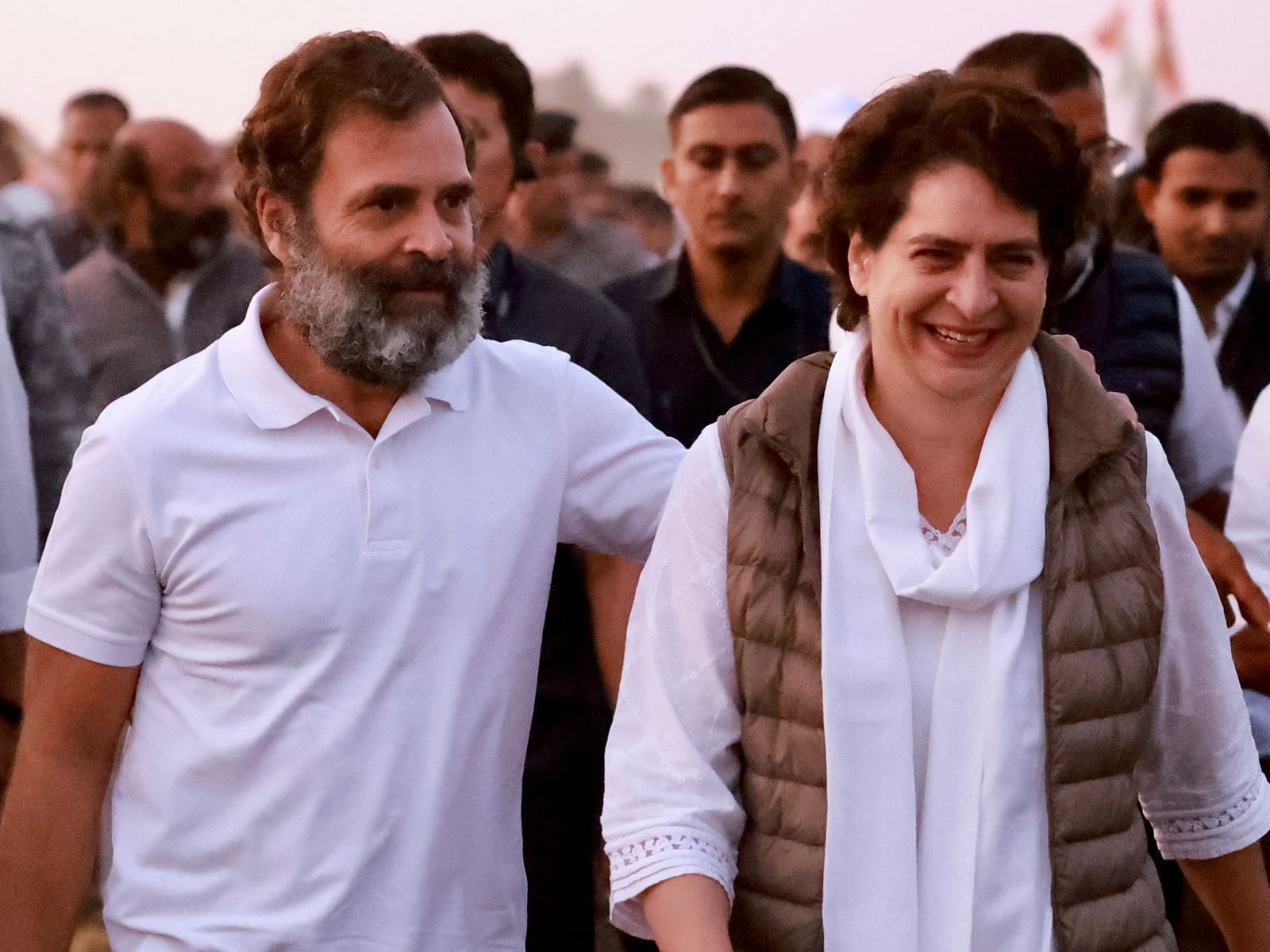