Thane: Two held with Rs 2.60 lakh worth of liquor smuggled from Goa 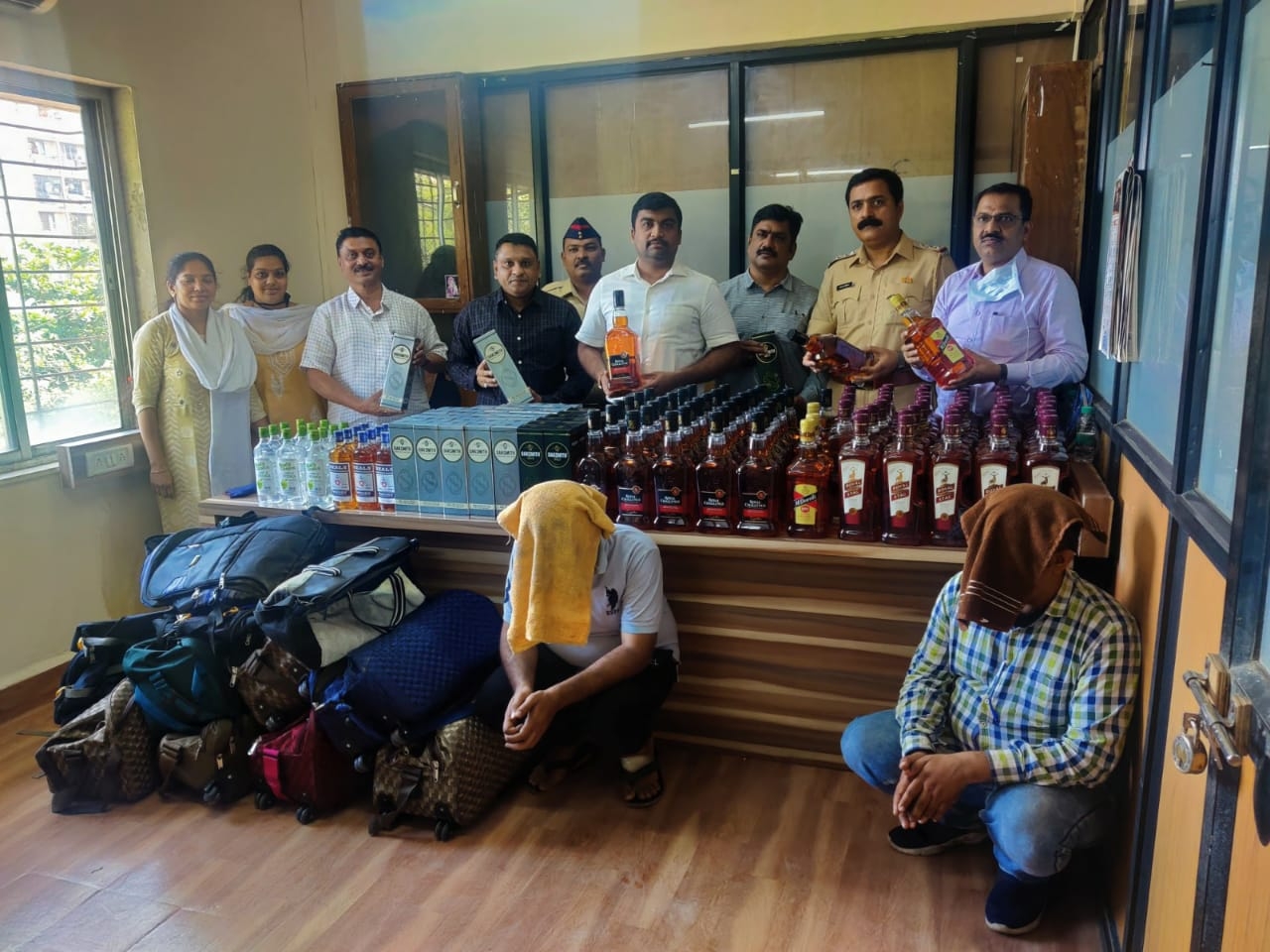 A team from the excise department of Thane district led by Superintendent Nilesh Sangade under the instructions of state excise commissioner Kantilal Umap, seized Indian Made Foreign Liquor (IMFL) of various brands which had been smuggled into the state from Goa on Tuesday.

Acting on a tip-off, the team conducted a check at the parking lot near the old Thane-Borivali bus stand in Kopri and found 153 bottles of IMFL meant for sale only in the state of Goa. While the value of the seized consignment is pegged at Rs.2,60,730, two people identified as Sumit Kamlesh Ambwani (29) and Hiroo Meghraj Kotwani (42) both residents of Ulhasnagar, have been arrested for their alleged involvement in the smuggling activities.

On the directions of the state excise commissioner, all excise units have intensified vigilance to check smuggling of liquor into the state on the eve of Christmas and New Year, as the demand of liquor soars during this period, and so does the activity of bootleggers and gangs involved in the trade of spurious alcohol.

“Apart from activating our core informer network, special flying squads have also been deployed to check liquor smuggling into the district. More surveillance measures are in place to keep an eye on all modes of transport in all the regions falling under our jurisdiction in view of the Christmas and New Year season,” said Sangade.

Meanwhile, an offence under the relevant sections of the Maharashtra Prohibition Act, 1949 has been registered against both the accused who have been remanded to custody till November 26. The investigating team is ascertaining the source and destination of the smuggled consignment.