Illegal hoardings were put up along the main and internal roads for Dahi-Handi, Ganeshotsav, birthday wishes for party leaders and also for the appointment of Eknath Shinde as a Chief Minister. 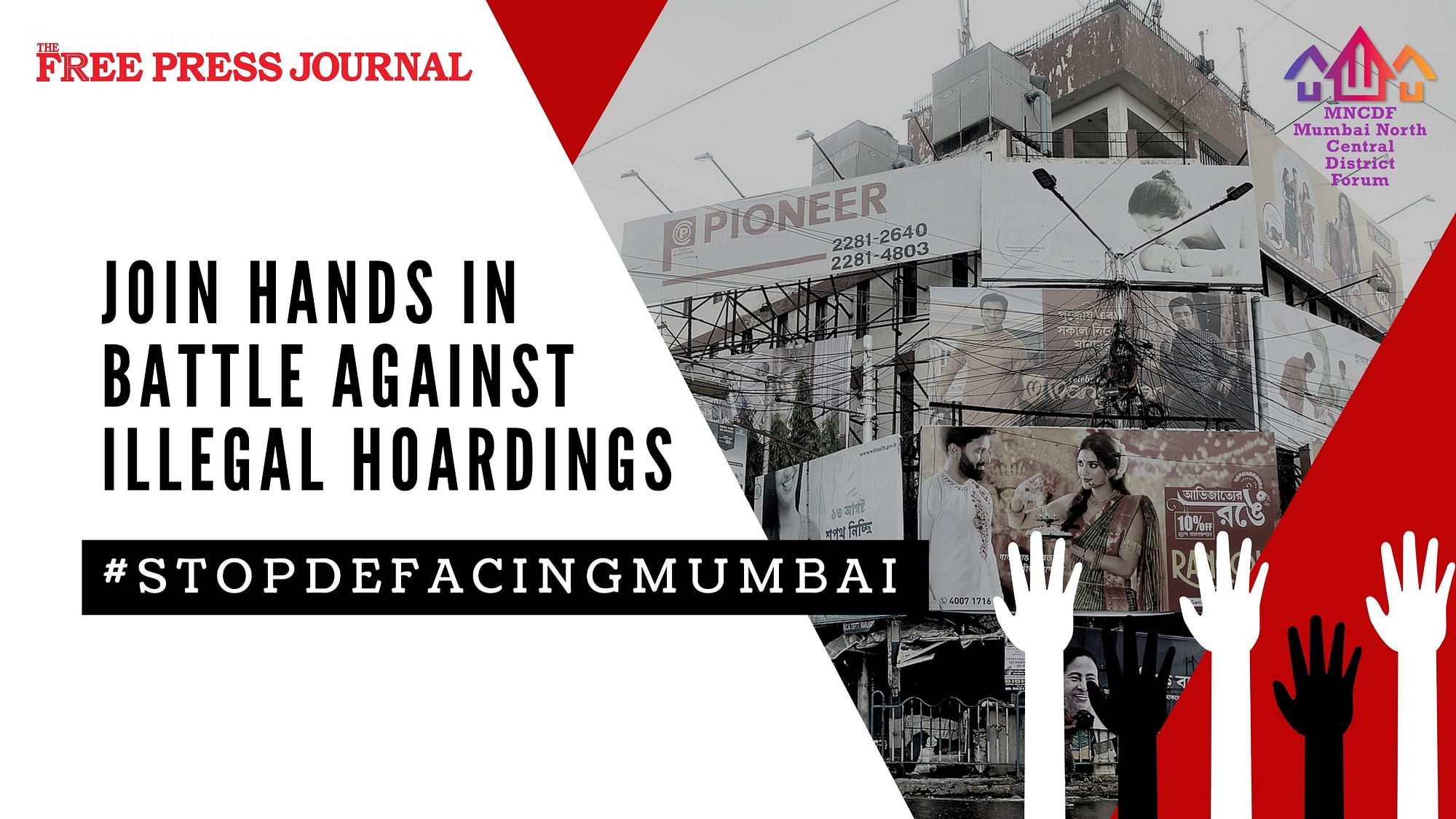 The highest number of illegal hoardings were removed from the Kalwa ward.

The civic body had been receiving complaints regarding the illegal hoardings on the helpline number which was initiated for this purpose in June. Taking serious note of complaints, TMC chief Dr Vipin Sharma ordered the encroachment department to remove the banners.

Accordingly, the deputy commissioner of TMC's encroachment department, GG Godepure launched a special campaign that was enforced by assistant commissioners at the ward level.

“For the past few months, there has been an increase in the number of illegal banners being put up in the TMC jurisdiction. Due to a reduction in the Covid cases, the state government has lifted the ban on festivals and celebrations and due to this, Dahi Handi and Ganeshotsav were celebrated with great pomp.

"A number of illegal hoardings had been put up in various parts of the city. There were also illegal banners with birthday wishes to party leaders and hoardings acknowledging appointments and awards,” Godepure said.

He added that apart from defacing the city, some of these banners were hanging from poles in the middle of the road which could lead to an accident.