HomeMumbaiRaigad: Know all about 'My Lady Han' yacht that put security agencies into a tizzy

Raigad: Know all about 'My Lady Han' yacht that put security agencies into a tizzy

Harihareshwar is about 200 km from Mumbai and 170 km from Pune.

In what gave a scare to the villagers on Thursday, an unidentified yacht, filled with guns and ammunitions was found at the Harihareshwar beach in Maharashtra's Raigad.

The arrival of the yacht also put state security on high alert which could possibly have been an act of terrorism. However, it was later discovered after hours that the y, now identified as 'My Lady Han' was a security yacht belonging to UAE-based Neptune Maritime P2P Group and owned by an Australian couple.

The confirmation of the same was also given by Maharashtra Deputy CM Devendra Fadnavis. He also said that the ATS and other agencies are investigating the matter.

So far, no terror angle is suspected.

Harihareshwar is about 200 km from Mumbai and 170 km from Pune.

The state government, police and other agencies have also taken serious note of the speedboat with a red alert sounded in the entire district.
The yacht was plying through Oman towards Europe and got drifted towards Maharashtra, India.

Yacht identified as 'My Haldy Han':
According to the information received so far, the name of the yacht is "My Lady Han" and it is owned by an Australian citizen Hona Lordorgan. Her husband James Hobert is the captain of the said yacht which was going from Muscat to Europe. Dated 26/06/2022 at 10.00 AM. The yacht's engine failed and the sailors called for help. 13.00 hrs.

A Korean warship rescued the sailors from the yacht and handed them over to Oman. The boat could not be towed due to rough seas. The Indian Coast Guard has received information that the boat has drifted off the coast of Harihareshwar due to undercurrents.

As per the officials, the arms vendor has been contacted and the serial numbers of the weapons found onboard match the ones missing from the vendor's inventory.

According to officials, the crew members of this yacht had been rescued in June this year near the Oman coast.

Notably, both the local police and the anti-terrorist squad are investigating the incident and alert orders have been issued to all police units in view of the upcoming festivals.

The agency, hours after the news breakout of the seized yacht in Maharashtra, issued an official statement in which it state that In June 2022, Neptune P2P Group provided private security on the vessel ‘MY Lady Han’. The yacht was damaged during the monsoon in the Arabian Sea, causing the Captain to declare an emergency. While the crew were rescued, the yacht was unable to be salvaged due to the extreme weather conditions.

Earlier this morning, Neptune P2P Group were made aware that the vessel, which was presumed sunk, had washed up on Indian shores. 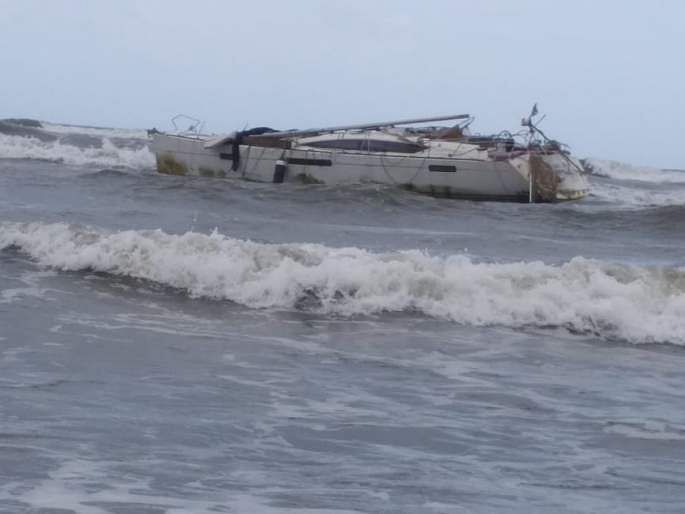