HomeMumbai'Sanjay Raut arrested illegally': Check what Mumbai court said in its bail order as it rips into ED

'Sanjay Raut arrested illegally': Check what Mumbai court said in its bail order as it rips into ED

A special court in Mumbai granted bail to Rajya Sabha member Raut on Wednesday, saying his arrest was "illegal" and a "witch-hunt".

Sanjay Raut bail: Thackeray camp gets a booster dose after Raut’s release | FPJ
Follow us on

Mumbai: A day after his release from jail in a money laundering case, Shiv Sena MP Sanjay Raut on Thursday claimed his arrest was political and that such kind of "vendetta politics" was not seen in the country earlier.

A special court in Mumbai granted bail to Rajya Sabha member Raut on Wednesday, saying his arrest was "illegal" and a "witch-hunt".

Raut, who was released from Mumbai's Arthur Road Jail on Wednesday after 100 days, told reporters here on Thursday that he will soon meet his party chief Uddhav Thackeray and Nationalist Congress Party (NCP) president Sharad Pawar. The NCP is an ally of the Thackeray-led Sena faction.

Read Also
Sanjay Raut’s release: 'A Tiger is out,' says MVA; BJP points out he is not acquitted 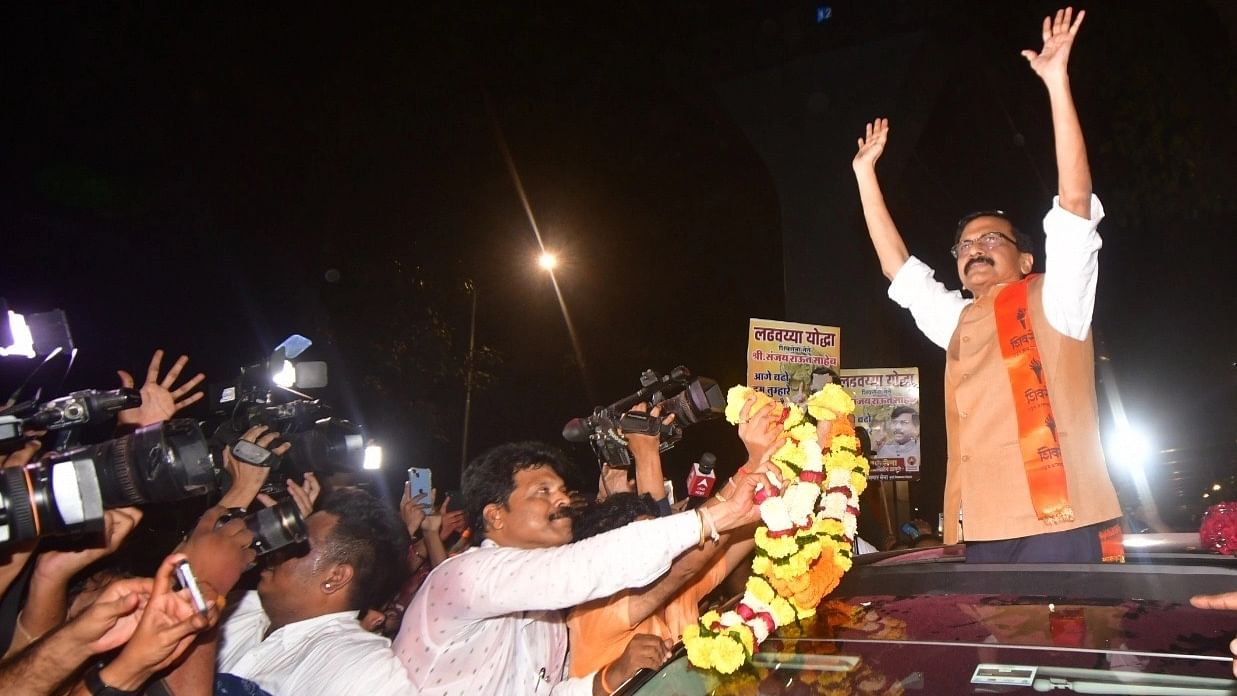 "My arrest was political," claims Raut

"I was in solitary confinement, just like Savarkar and Tilak. Even my arrest was political and I used my time for a good purpose. Whatever my party, my family and I had to endure.we have suffered. My family has lost a lot. It happens in life and politics," Raut said.

The parliamentarian said he will also meet Prime Minister Narendra Modi and Union Home Minister Amit Shah, but did not give details about it.

Raut claimed the state was being run by Deputy CM Fadnavis and that the new (Eknath Shinde-Fadnavis) government had taken some good decisions.

The ED had arrested Raut in a money laundering case related to the Patra Chawl redevelopment project.

In the bail order, Special Judge M.S. Deshpande ripped into the ED for the "illegal" arrest of Raut with "no reason", saying "this truth is glaring", though another co-accused in the same case was arrested for a civil dispute, and how "pure civil disputes were labelled as money-laundering or economic offences".

Deshpande also questioned the ED's failure to arrest the two prime accused -- HDIL builders Sarang Wadhawan and Rakesh Wadhawan -- besides government officials of MHADA who could be possibly involved in the alleged scam.

"I hold that both the accused were basically arrested illegally. Both of them are entitled to parity in view of the disparity made by the ED in not arresting the main accused persons, Rakesh and Sarang, HDIL, MHADA and government officials responsible for misdeeds of the Wadhawans at the relevant time," Deshpande said without mincing words.

The Special Judge also noted the changing stance of the ED - initially claiming that the Wadhawans and Pravin Raut were the prime accused, and later attributing that role to Sanjay Raut.