Workers of Shiv Sena party form a human chain as they block a road in Mumbai on October 11, 2021 | Photo: AFP
Follow us on

On Monday, Maharastra's ruling coalition came together to protest the recent clashes in Uttar Pradesh's Lakhimpur Kheri that led to the death of eight people. The voluntary shutdown call was issued by the Shiv Sena, Nationalist Congress Party, Congress, CPI, CPM, trade unions, scores of farmers groups, students, women and other groups. The Opposition BJP has opposed the bandh.

Over the last few hours normal life and traffic has come to a standstill in many parts of the western state. Stray incidents of violence such as pelting of stones at buses and private vehicles, burning tyres on roads to stop traffic and more have marred the agitation.

While suburban trains functioned normally, Mumbai's BEST bus services were shut down and inter-district State Transport buses were also hit. The Brihanmumbai Electric Supply and Transport said on Monday that eight of its buses were vandalised in different areas of the city between midnight and 8 am today.

"Three companies of the State Reserve Police Force (SRPF), 500 Home Guard personnel and 400 men from the Local Arms units are already deployed as additional manpower for the ongoing Navratri festival security. But, keeping the bandh in mind, Mumbai Police will use the maximum manpower to tackle any situation. Police bandobast will be (stepped up) on streets on Monday," an official said earlier in the day.

Last week, the state Cabinet presided over by Chief Minister Uddhav Thackeray had observed a two-minute silence in memory of the Lakhimpur-Kheri victims and later the ruling alliance announced the Maharashtra Bandh. But as the agitation continues, the Maharashtra government finds itself in a somewhat unusual position of leading an agitation in a state it administers. In essence, the ruling alliance has called for a protest that sees the government machinery vandalised and its own people facing difficulties and disruptions.

"Maharashtra must be the only democratic state in the world where party workers of those in government are ensuring that citizens live in fear and businesses suffer," read a furious tweet from Pune MLA Siddharth Shirole.

In a series of posts on Twitter, the BJP lawmaker slammed the "unholy alliance" of political parties in the state. "They have once again proven that the only reason they came together is for personal and political gains. To recover all 'loses' incurred during Devendra Fadnavis ji government. They have Zero regard for citizen lives and the crumbling economy," he alleged.

While they are now at loggerheads, the BJP and the Shiv Sena had in the past undertaken and even been penalised for protests in their home state. Two years after the 2003 Ghatkopar blast, the Supreme Court had directed the Shiv Sena and the BJP to deposit exemplary damages of Rs 20 lakh each. They had been asked to submit the amount with the Maharashtra Government for losses suffered by Mumbai amid the bandh they had called to protest the blast. 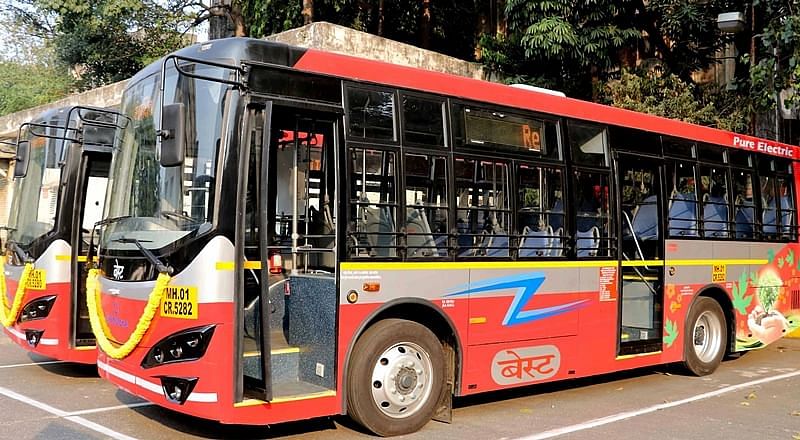 While many have cited the ongoing COVID-19 pandemic to rail against the bandh and its somewhat chaotic enforcement in parts of the state, others took umbrage at the MVA for not protesting enough.

Countless netizens including political leaders have cited incidents such as the Palghar sadhus' lynching case to hit out at the Maharashtra government and the tri-party coalition. "No bandh was called when Sadhus were lynched in Palghar which is in Maharashtra. But bandh called for a incident in UP in Maharashtra," read one tweet.