Recycling initiative by the Dawoodi Bohra community launched to mark World Clean-Up Day on September 18, is now being extended until Wednesday
Dipti Singh 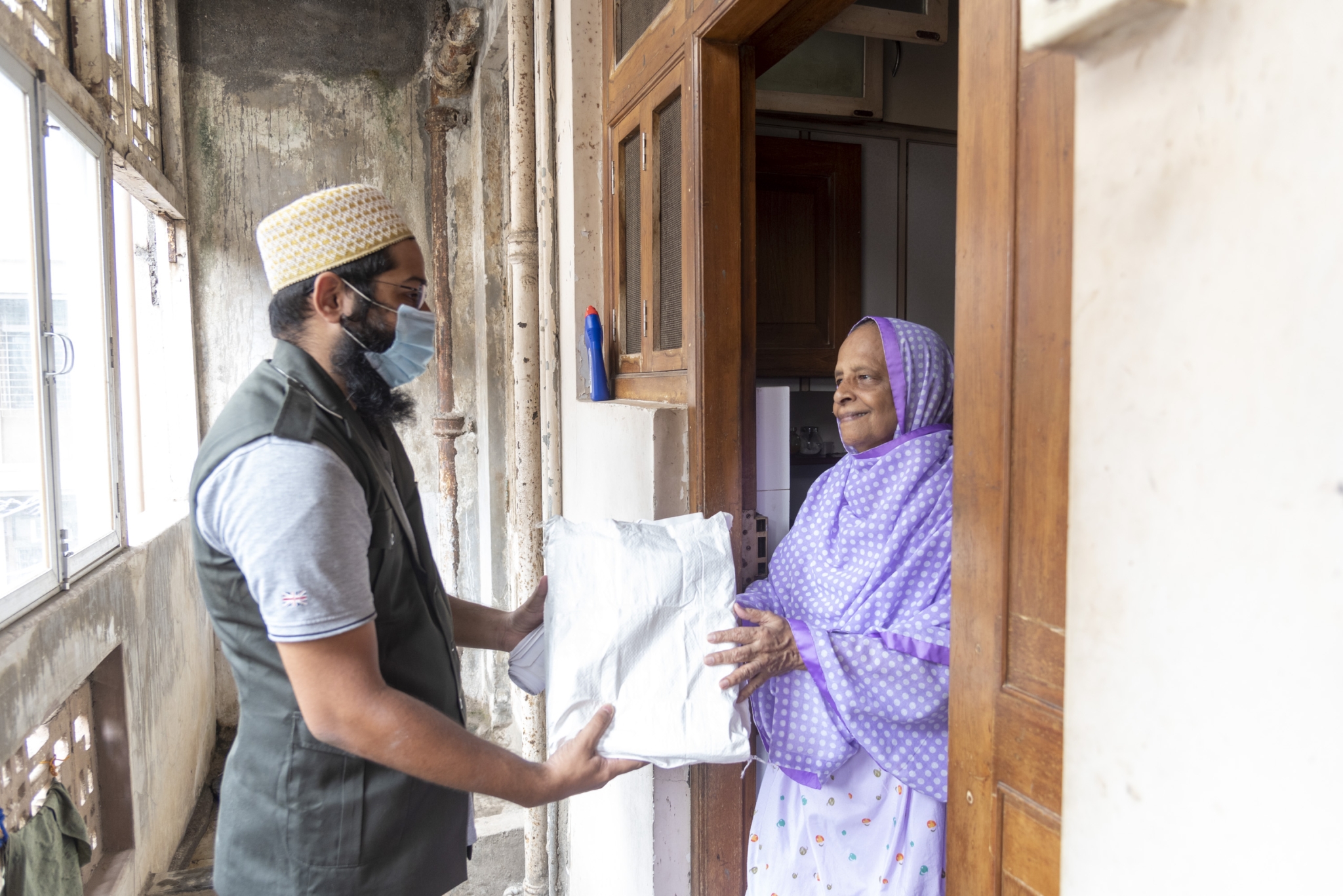 On a mission to contribute to the zero-waste dream of the financial capital, an army of 150 volunteers from the Dawoodi Bohra community has managed to collect 6,000 kgs of waste paper, cardboard, shredded paper, office files etc from housing societies, offices and schools in Mumbai, in just two days. The community will get this waste paper recycled into envelopes and writing pads.

The volunteers, ranging in age from 16 to 26 and attached to 22 centres of Dawoodi Bohra community in the city went on a collection spree to mark World Clean-Up Day on September 18. Huzaifa Husami, one of the trustees of Burhani Foundation, the environmental body of the Dawoodi Bohra community, said that the two-day waste paper collection and recycling drive was launched last Saturday. However, in view of the reams of response, they were prompted to extend the drive till Wednesday. The team claims that this amount of waste paper recycling is equivalent to saving at least 100 trees.

“The young volunteers from our ‘Toloba’ and ‘Nazafat’ teams visited people door-to-door, to collect all types of paper - newspapers, magazines etc and even cardboard waste. We received a phenomenal response in these three days and people are still wanting to contribute. So far, we have collected 6,000 kg of waste paper and sent it for recycling. By Wednesday, we expect to collect at least 3,000 to 4,000 kilos more,” said Husami. 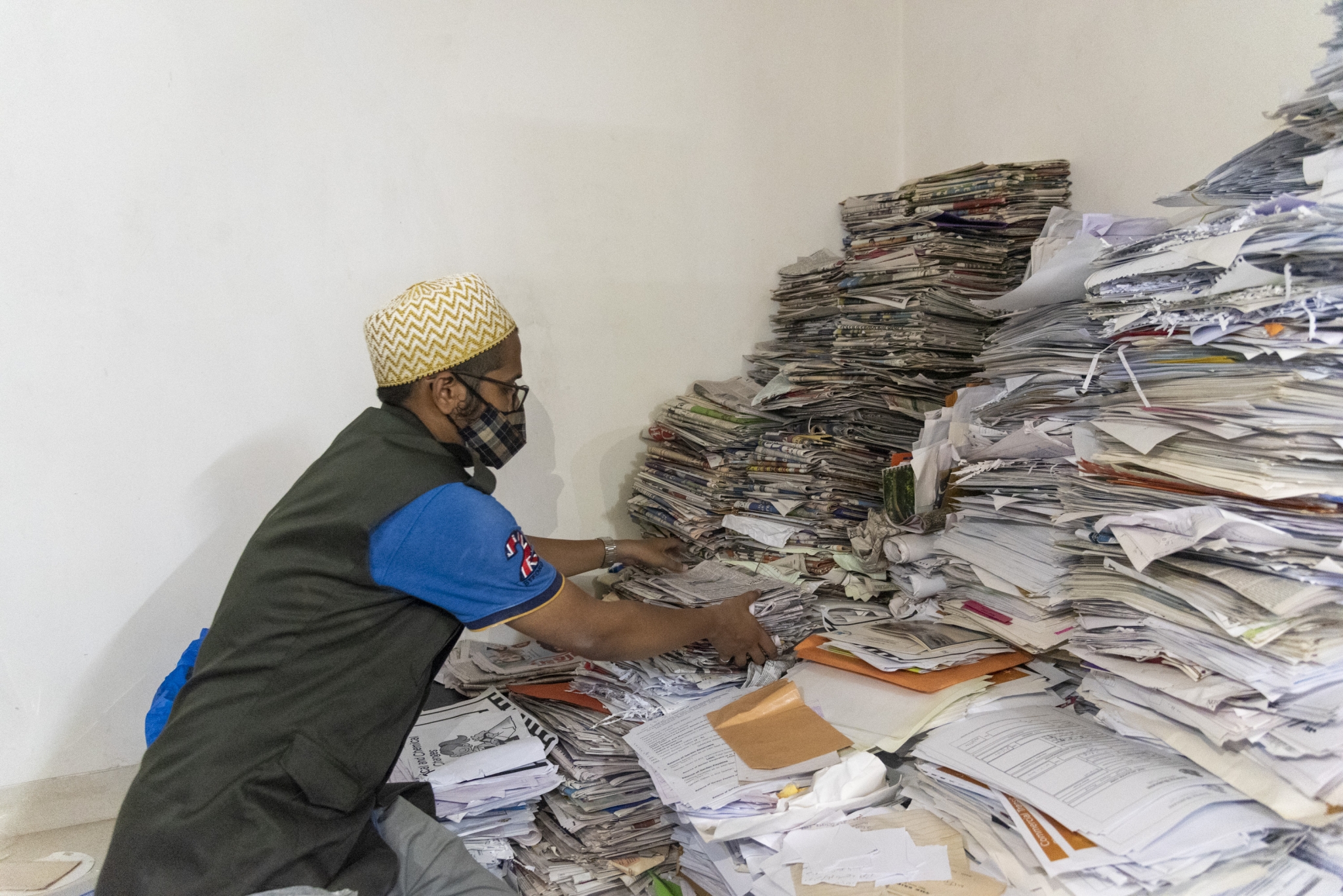 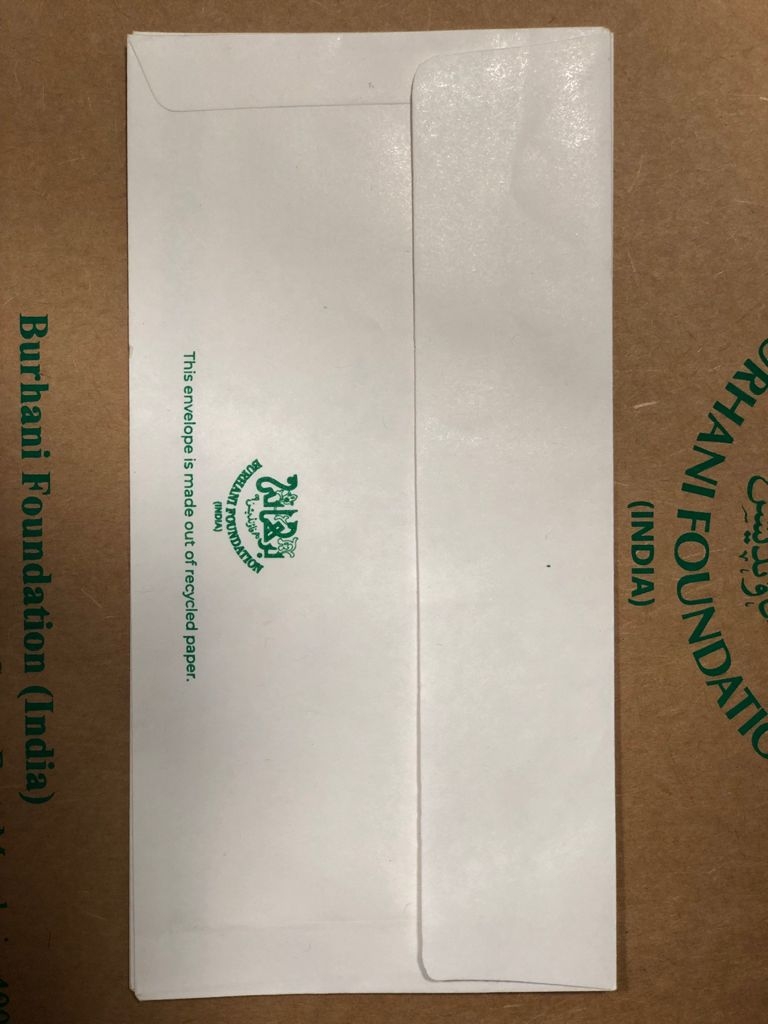 He added: “We did not expect such a massive response and during this drive, have realised how important such initiatives are. Our plan now is to make this a sustained effort, to make this initiative a lifestyle, and not just dedicate it to a few days and occasions.”

Hamza Masalawala, one of the volunteers, said, “The paper waste collected from different societies will be assembled at local collection points before sending it to a central location in the Al-Sa’adah Complex in Bhendi Bazaar. A separate team has been deployed to sort, weigh and send the paper waste to the recycling plant.”

Three months earlier, Burhani Foundation had carried out a pilot campaign to identify and collect tonnes of waste paper from offices and schools. “We managed to collect five tonnes (5,000 kg) of waste paper during our pilot, and this waste was recycled into envelopes and writing pads. The success of our pilot encouraged us to launch a pan-Mumbai drive,” said Husami.

Elaborating on the process, another volunteer Abbas Minawala said, “We created online forms and shared it among our community members across 22 centres in the city. This gave us a fair idea of how we could start and everywhere that we could go, as this involved door-to-door collection and from different locations. We then mobilised over 150 volunteers divided them into groups to cover all the centres.”

Insiya Maimoon, resident of a housing society in Mumbai said, “Paper is one of the most widely used products in our daily life. Imagine the number of trees, and the amount of water and energy saved by reducing and recycling this waste. I strongly feel there should be more such drives to create mass awareness and instil a positive behaviour change among people to waste less and lead a more sustainable life.”

Mohammed Jariwala, a 23-year-old volunteer said that the majority of the houses he covered had senior citizens, who were ready with their paper waste bags. “They said they couldn’t go out and dispose of it with their local vendors out of Covid concerns and hence, they were happy to see us come to their doorstep to collect. A lot of senior citizens wanted us to have these drives more often,” he added.

Besides the zero-waste project, the foundation is also working towards four other environmental issues like renewable/solar energy, water conservation, sanitation and cleanliness and tree plantation.

As part of its zero-waste campaign, in 2018, the foundation had launched a global ‘Turning the Tide Against Plastic Pollution’ campaign in collaboration with the community’s philanthropic arm, Project Rise, with an objective to rid water bodies of plastic pollution and undertake local community development programmes.