In pics: Construction of new rail tunnels of Western Dedicated Freight Corridor likely to be done by June 2022

There are two tunnels of 430 meters and 320 meters, each having a height and breadth of 8-10 meters that has been dug.
Shashank Rao 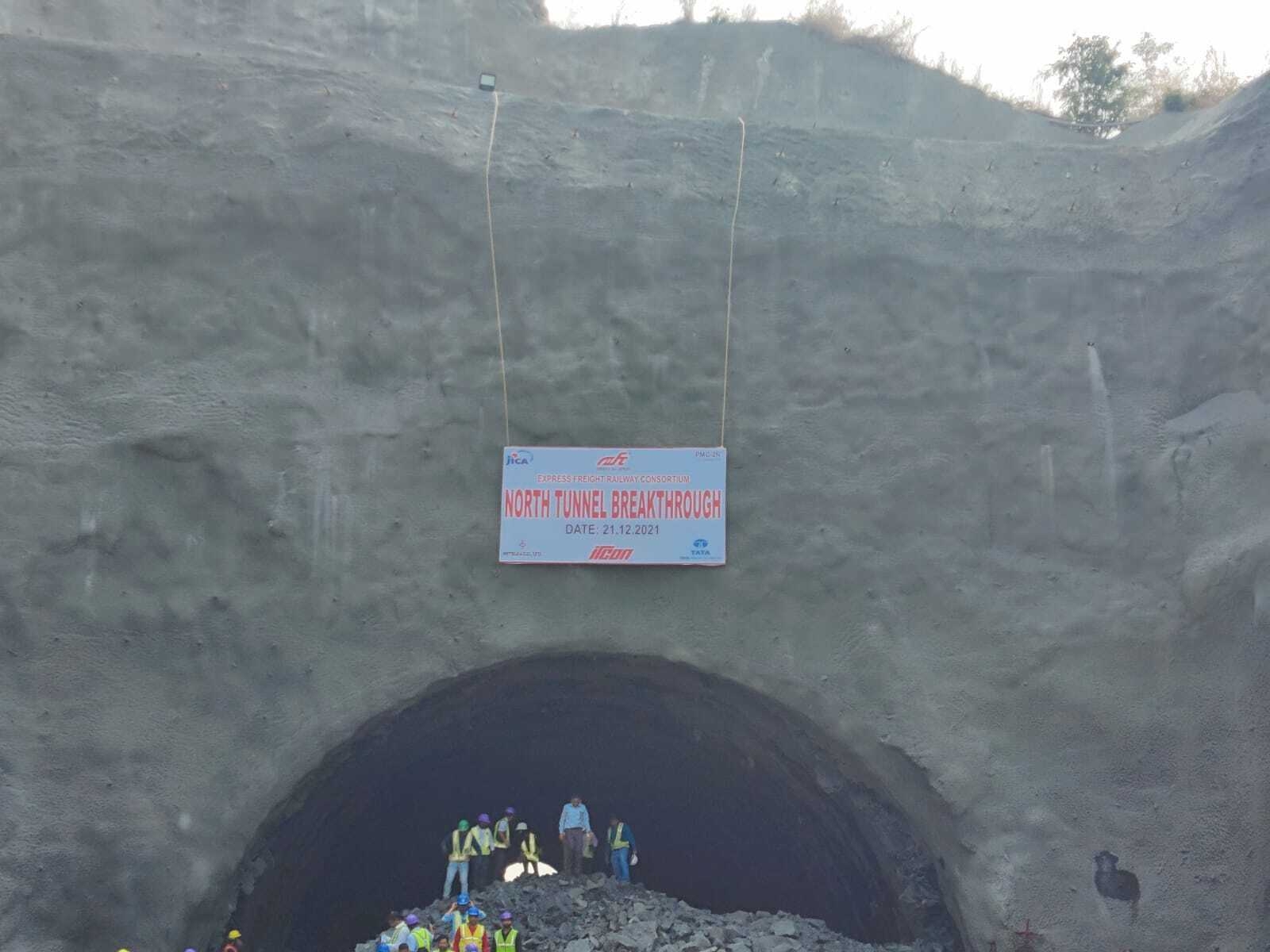 Mumbai will witness the emergence of new rail tunnels for two separate multi-crore railway projects. The belly of the many centuries-old Western ghats is being torn open for the construction of tunnels and laying rail lines for the Dedicated Freight Corridor that is gaining impetus.

On Tuesday (Dec 21), one of the longest rail tunnels will be carved open by using explosives. Simultaneously on Sunday, one of the essential works for connecting the new tunnel between Kalwa and Mumbra was carried out during the 18 hours block. 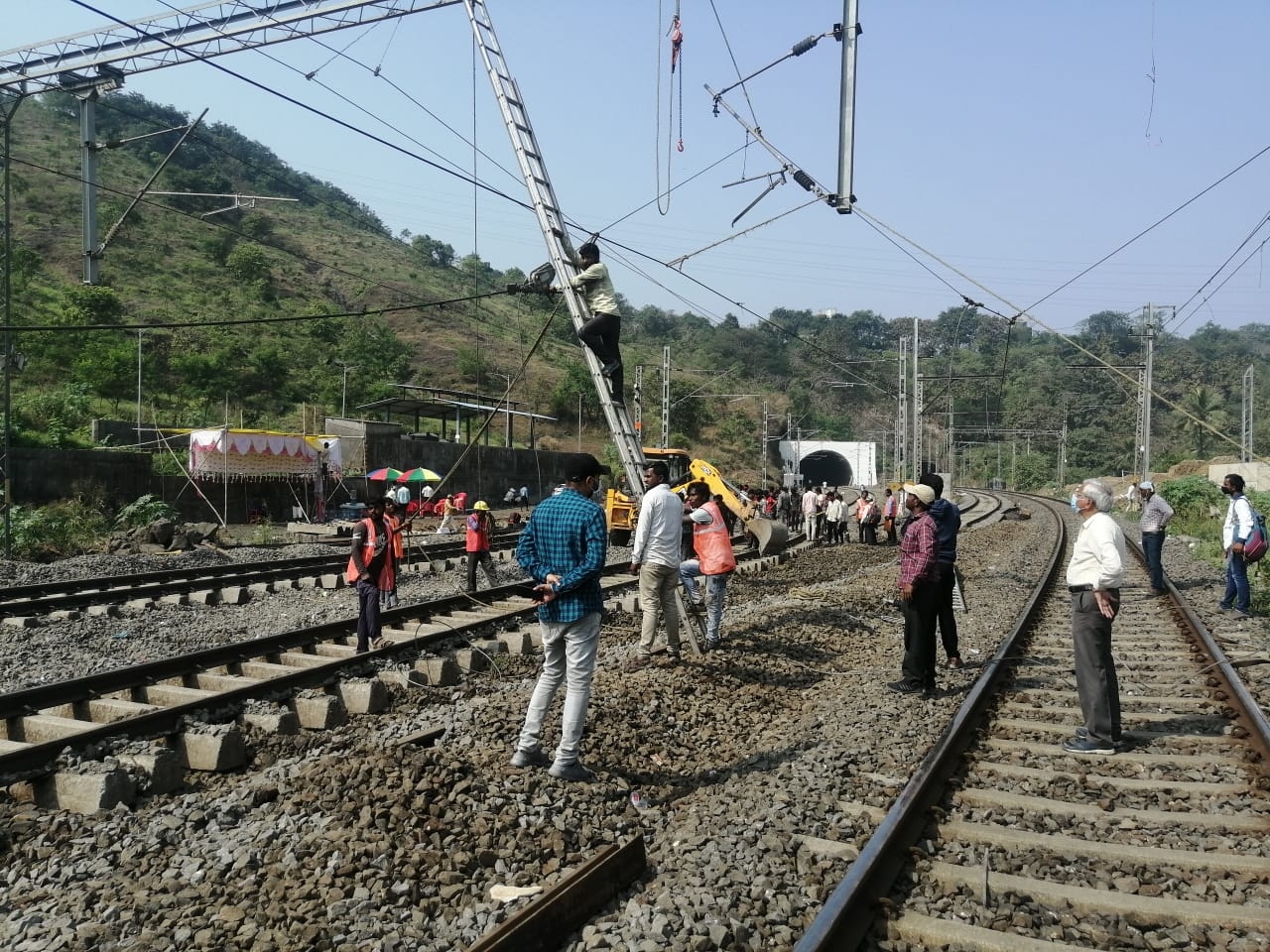 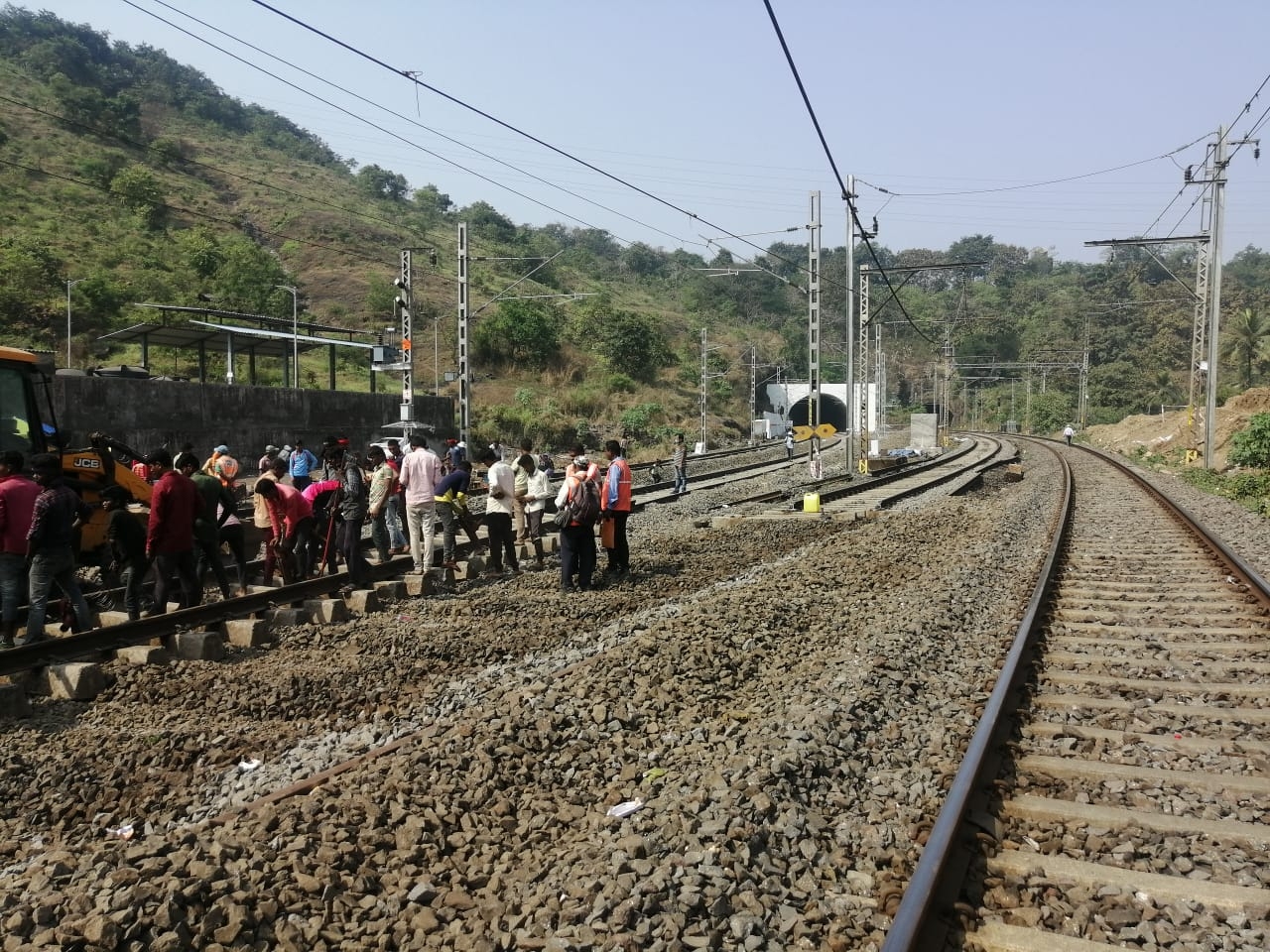 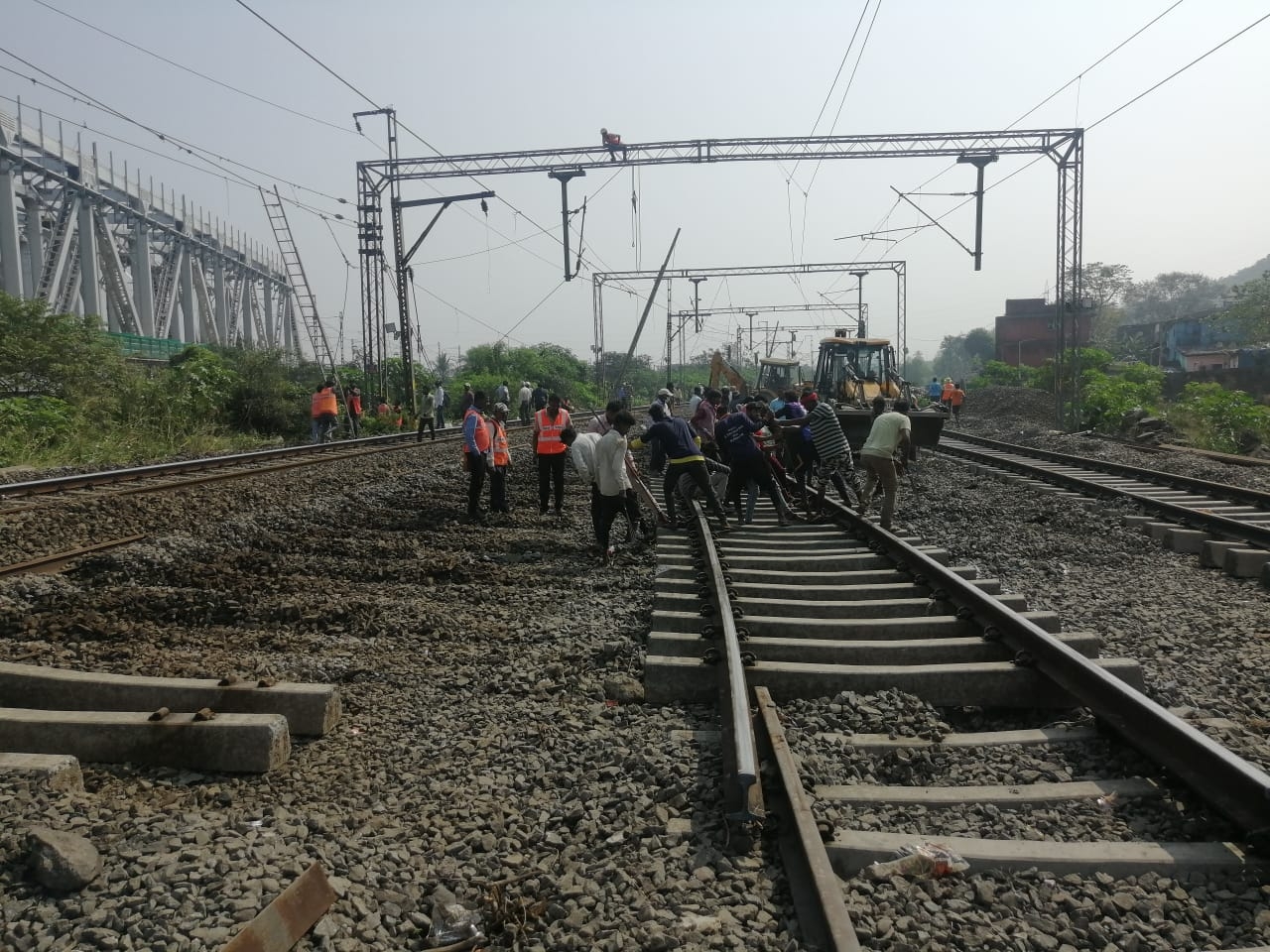 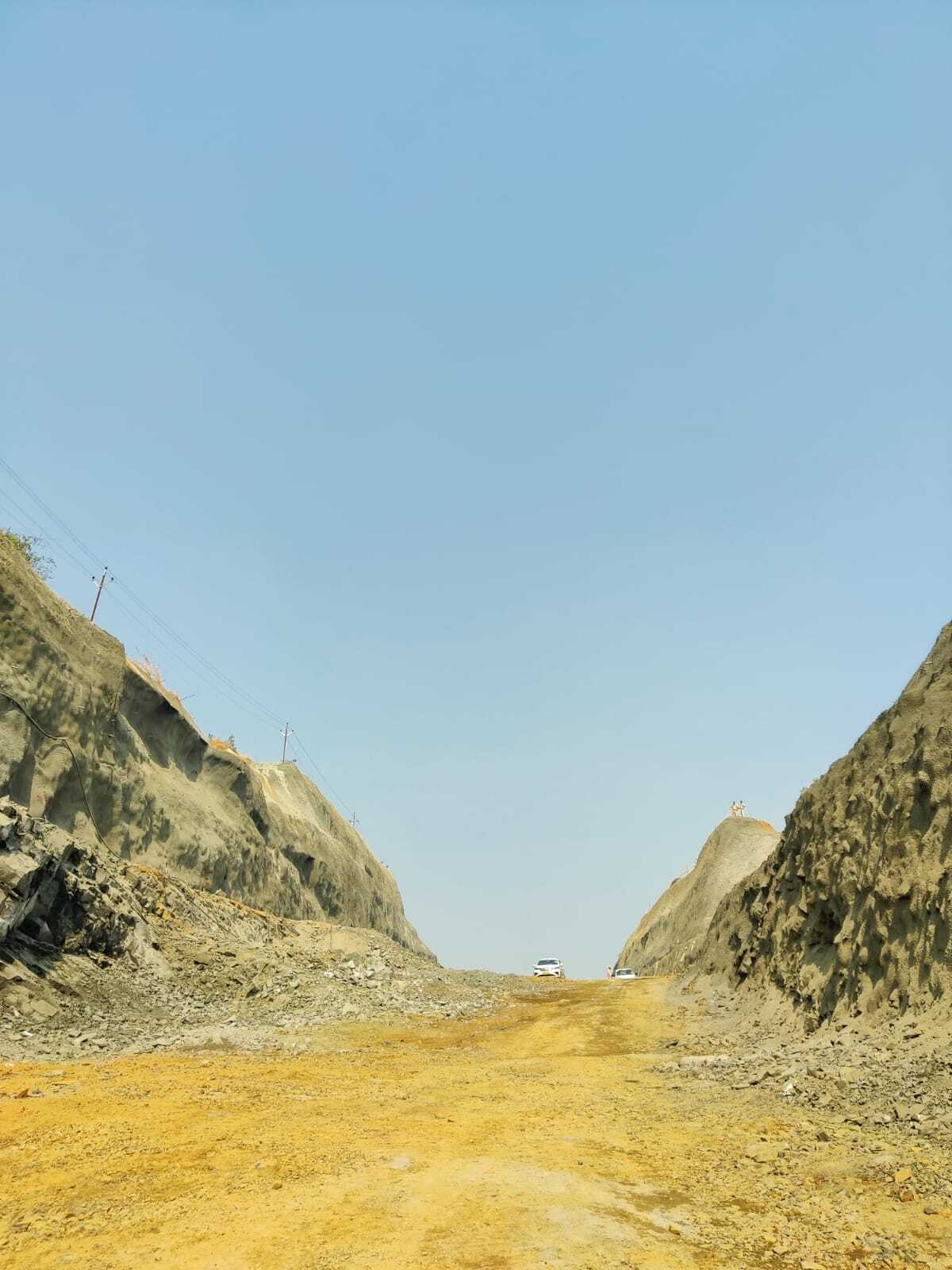 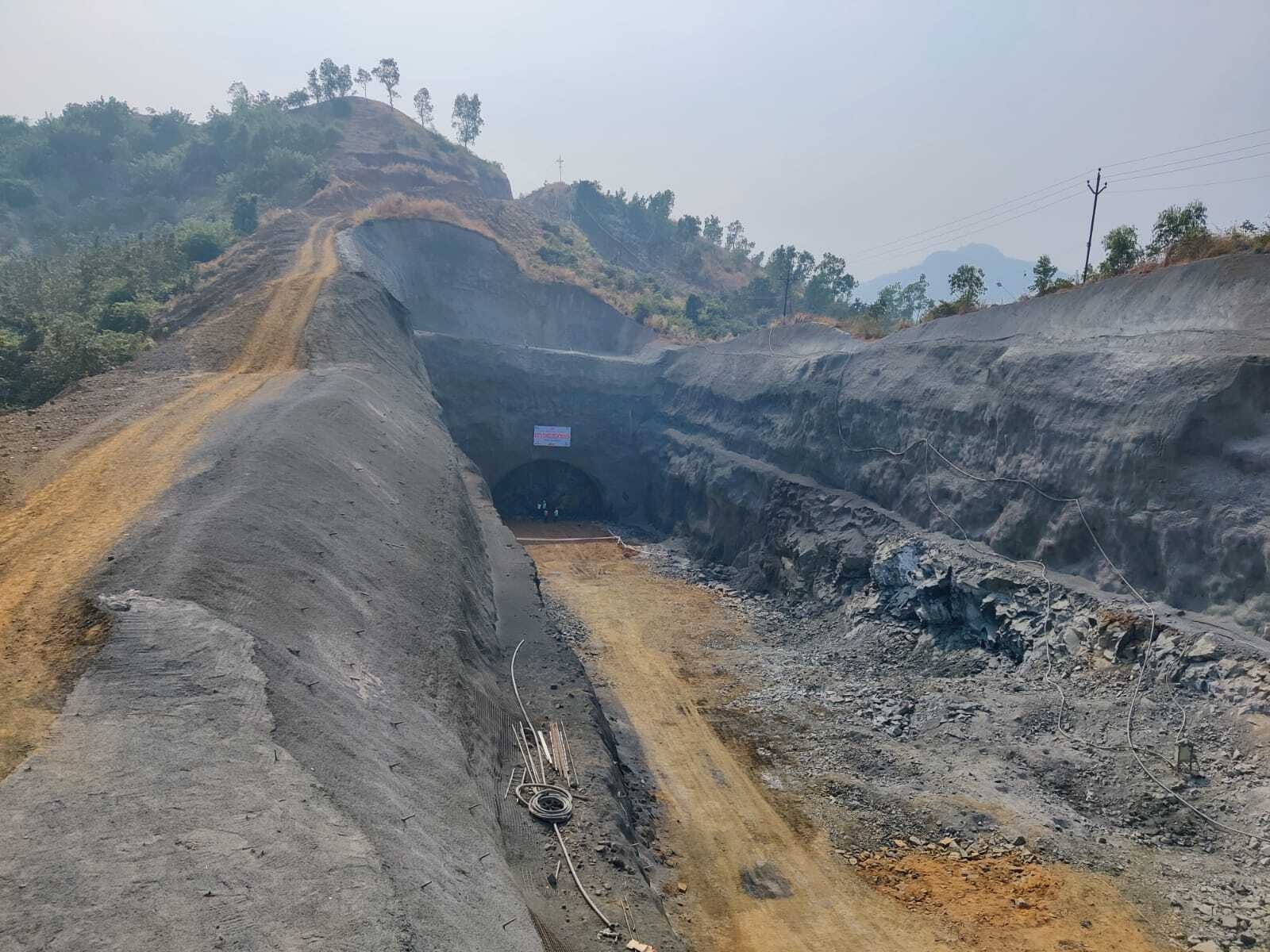 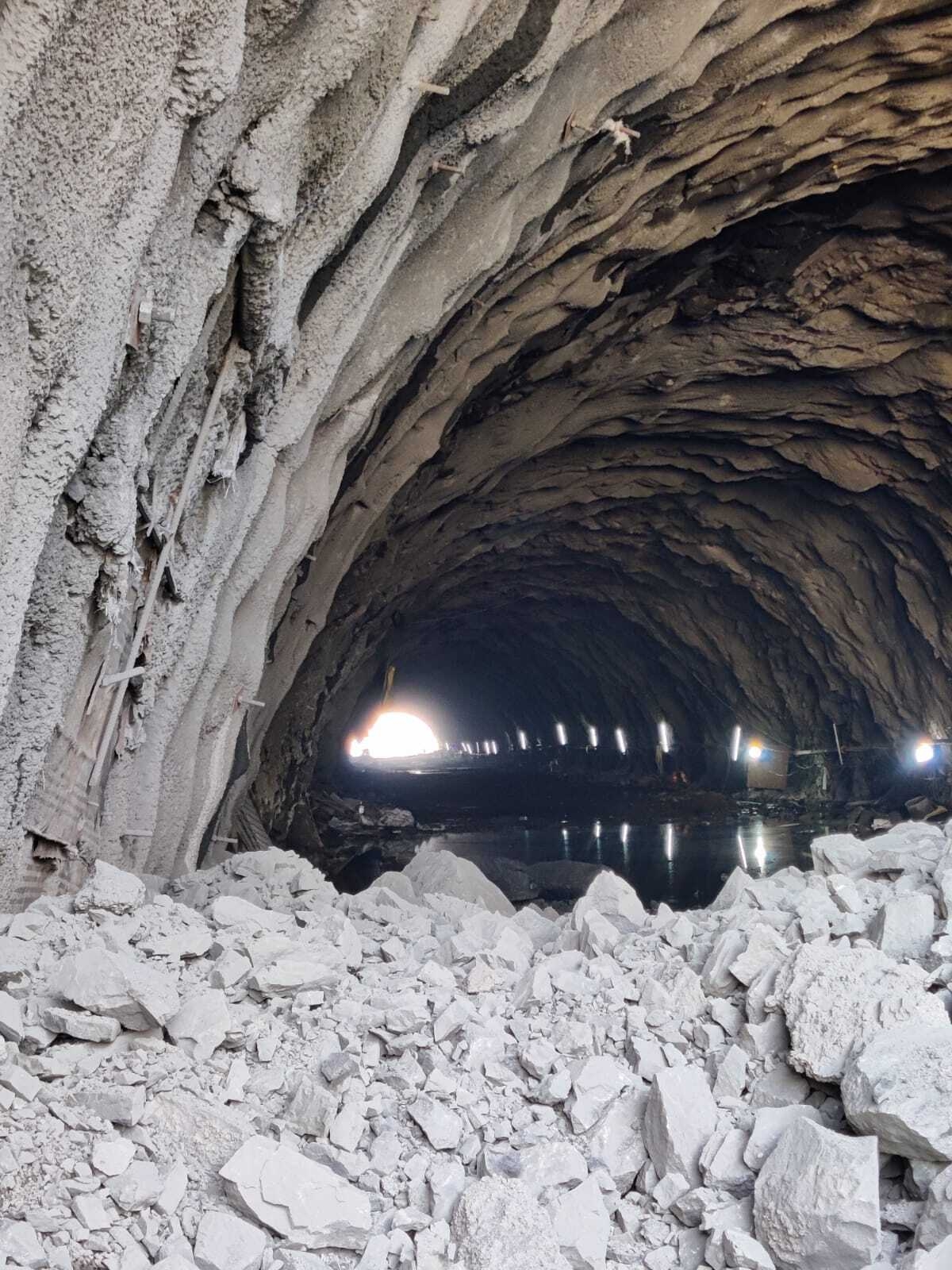 To begin with, the Western Dedicated Freight Corridor (WDFC) is making progress to catch up with its June 2022 deadline. For this, one of the major works that are drilling a hole in the Western Ghats has reached its final stages and would be cut open on Tuesday.

According to officials from Dedicated Freight Corridor Corporation of India (DFCCIL), implementing this project, they will be using several kilograms of explosives that will be detonated to achieve tunnel-breakthrough.

“This is a big milestone as such an important work of creating tunnels after exploding and cutting a mountain hasn’t been done for decades now. Similar activity was carried out in June during rains. We will be documenting it by using drones to record it,” said an official from DFCCIL.

There are two tunnels of 430 meters and 320 meters, each having a height and breadth of 8-10 meters that has been dug. Sources said that right till Dadri, there would not be another tunnel after this one coming on the Vasai-Virar stretch. They will achieve a breakthrough on the 320 meters long one while the other tunnel is already ready.

After this, another major work is the launching of girders on Ulhas River for the same DFC corridor. At present, there is infringement from buildings and slums on a few kilometres that need to be cleared for this project. Once done, the track laying on the 100 km odd long route is expected to begin from March next year.

The DFC project (Eastern and Western DFCs) is being executed by adopting state-of-the-art and world-class technology. The recently reviewed WDFC covers 1,504 kilometres’ distance of double line electric track from JNPT in Mumbai to Dadri passing through Vadodara, Ahmedabad, Palanpur, Phulera and Rewari.

Likewise, as part of the Thane-Diva 5-6 rail lines, cut and connect to the new rail tunnel is underway on Sunday in an 18-hr mega block. After the 18 hours block, the suburban trains on the down slow line from Kalwa to Mumbra will be running on the new alignment from electric pole 36/21 to 38/7 and via new tunnel number 1 for a length of approximately 1.6 km from tomorrow.

After exiting the tunnel, the trains will run on the present Down slow line. Similarly, suburban trains on the Up slow line, namely from Mumbra to Kalwa, will be running on the new alignment from electric pole 38/7 to 36/21 via new tunnel number 1.

After exiting the tunnel, the trains will run on the present Up slow line. On Sunday, the cut and connection of existing tracks with newly laid tracks was carried out with the help of 500 rail workers and 100 engineers and supervisors, 6 JCB machines, 2 tower wagons, 3 tamping machines and other equipment.

The work of the 5th-6th line project between Thane and Diva was sanctioned in 2008 and since then, its cost rose from Rs 130 crore to Rs 440 crore. 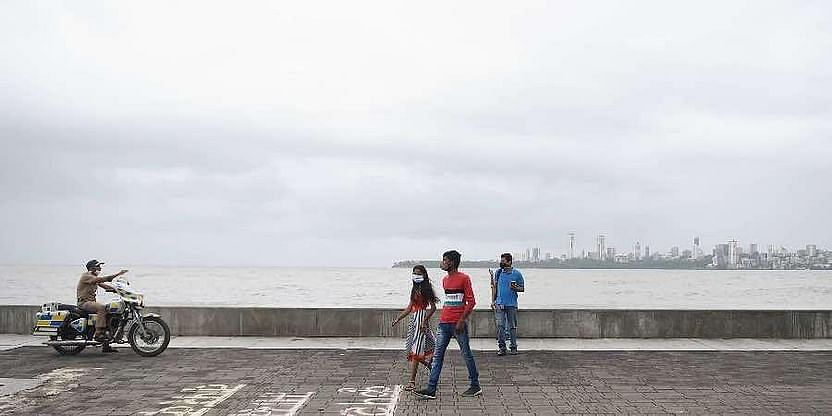