A building known as "Kamala Residency" near Anand school was being pulled down since it was to be redeveloped by the owners.

Mumbai: Portion of vacated building collapses in Borivali, no casualties reported | Representative image
Follow us on

Mumbai: A portion of a ground plus four- storey building collapsed in Vazira Naka area at Borivali West on Friday afternoon. No injuries were reported in the incident, confirmed the civic official.

A building known as "Kamala Residency" near Anand school was being pulled down since it was to be redeveloped by the owners. But during the demolition work a portion of the slab suddenly collapsed. No one was injured in the incident but the 5 to 6 vehicles that were parked in the vicinity were damaged in the incident. The fire brigade and local civic ward officials rushed to the spot immediately. 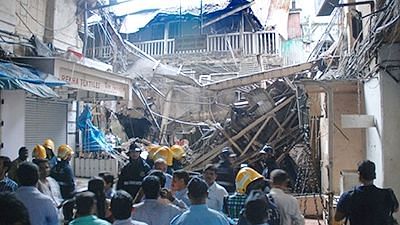 "A part of a building collapsed on private property while repair works were on. No one was injured in the incident since the building was vacated. The debris has been cleared," said Prakash Vichare, assistant municipal commissioner of R/Central ward.

Two months back, "A' wing of a dilapidated building in Om Shree Geetanjali Nagar society at Borivali West came crashing down. Fortunately, no one was injured in the incident since the three families residing in the dangerous building had vacated it just two hours before the incident. While the other three wings with 30 families residing in them were vacated immediately after the crash. 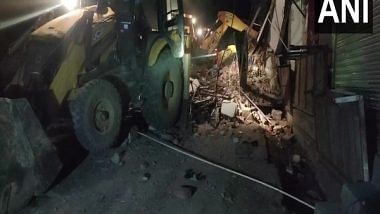