Mumbai: The Charkop police on Tuesday arrested one person and busted a racket involved in making obscene films on the pretext of web series and uploading them on different sites.

Police have arrested Anirudh Prasad Jangde, however three accused are absconding and police have launched a lookout for them.

"The exploits of a gang, making pornographic films in the name of a foreign web series from a building within the Charkop police station limits were revealed by a female artist after she was asked to act in a pornographic film," police said in a statement. 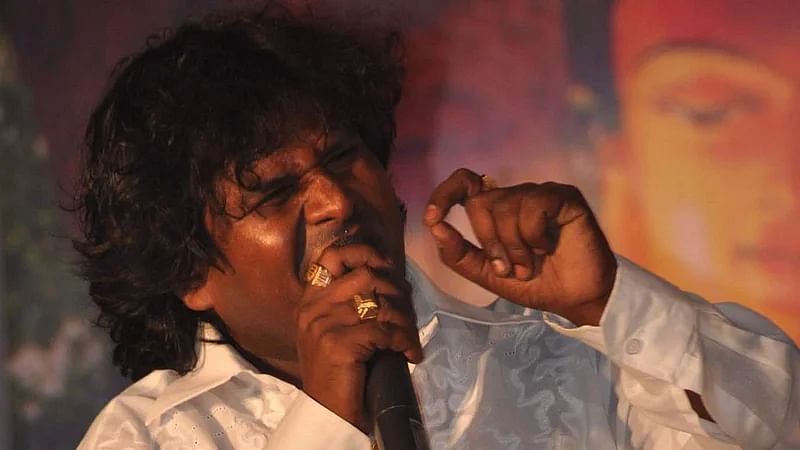 "The accused woman Yasmin was arrested a year and a half ago by Mumbai Crime Intelligence Unit (CIU) in a similar case", according to sources.

As per the model's complaint, a person named Rahul Thakur approached her for a film. He asked her to get in touch with Keshav, who took her bio-data and photo and further referred her to a person, Rahul Pandey. Rahul then informed her about the work in a web series which would have some bold scenes. "As the web series was to be released in India, I refused", stated the woman in her complaint.

The model in her complaint further mentioned that upon agreeing, she was asked to meet Anirudh, who took her to a tower flat located at Bhabrekar Nagar in Malad West where she met the accused Yasmin, Anirudh and Aditya.

"Yasmin introduced herself as a cameraperson and Anirudh and Aditya as actors", the model informed police.

The model stated in her complaint that she was asked to undress and face the camera but when she refused Yasmin threatened her with a Rs 15 lakh defamation case. She was then forced to continue shooting.

On October 22, a relative of the victim model informed her about her videos being uploaded on pornographic sites following which she called Yasmin and requested her remove the videos but the accused woman demanded money from the model, police said.

Yasmin stopped picking the victim's phone after which the model lodged a complaint at the Charkop police station.

Following the model's complaint, the Charkop police registered a case against the accused under the sections of the Indian Penal Code (IPC) and the Information Technology (IT) Act, police said.