DCP Somnath Gharge says that even though the letter is from anonymous we will investigate it.

A letter from a person assumed to be Diwakar P.Shetty from Thakur Complex in Mumbai to the Mumbai Commissioner of Police Sanjay Pandey dated on 13th May, 2022 alleged that the newly appointed senior police inspector Narendra Shinde of Samta Nagar Police Station in Kandivali (E) is on an extortion spree in the jurisdiction of his police station.

The letter alleged that Shinde is acting like defamed API Sachin Waze and he is targeting the members of various business communities and has astonishingly prepared a 'Rate Card' of collecting ransom from them.

The letter also alleged that the senior police inspector Narendra Shinde has not kept any mediators for extorting and collecting money. He himself summons his victims and extorts and accepts money in his cabin.

The person who has written the letter at last has mentioned that, 'I am writing under an assumed name but the facts stated herein are true to the core. In any case I am not asking for out-rightly believing the statements made herein but to verify the same from your own sources. Even the CCTV footage of the personal cabin of senior police inspector Narendra Shinde will reveal his misdeeds."

The letter during the conclusion writes that it is high time that senior police inspector Narendra Shinde is bridled and his atrocities are brought to an end otherwise another scandal is in the making for bringing infamy to the entire police force.

Speaking about the same matter the Deputy Commissioner of Police (DCP) Somnath Gharge said, " I have gone through the letter and when we primarily tried to find out who is the applicant till now we haven't found the person who has written the letter. The letter seems to be anonymous but the allegations are serious. As of now we can't say that the content in the letter is true or not but still we tried to contact the person but no one came forward and we could not find the applicant. I have even asked the assistant commissioner of police to look into the content of the letter and we are also verifying the facts. We are still open because our job as a DCP is to supervise and monitor the jobs of the senior officers and also the working of the police station. If anyone wants to allege or complain first we receive and then verify the facts even if it is anonymous we verify the facts it is not that we put it into the dustbin."

The FPJ correspondent was unable to get to senior police inspector Narendra Shinde on whom the serious allegations are lodged through the anonymous letter to Mumbai CP Sanjay Pandey. 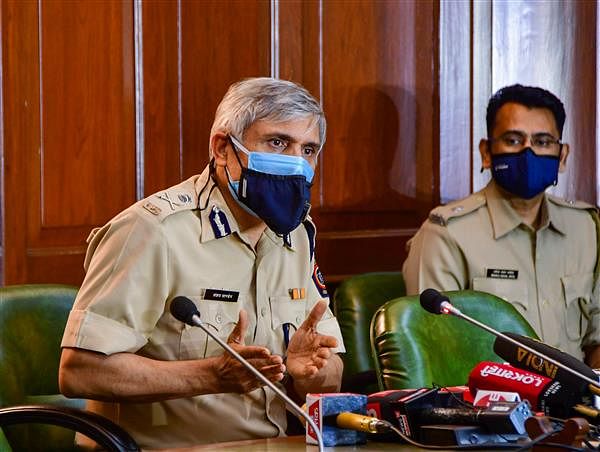