Asking BMC Commissioner Iqbal Chahal to appear, the court also asked him to get a survey done of the 20 ‘worst’ roads in Mumbai and a road map by which date he will issue tenders to get the roads fixed.

Mumbai: The Bombay High Court on Thursday asked Mumbai’s Municipal Commissioner Iqbal Chahal and the secretary of the state Public Works Department to come next week with a roadmap and timeline to repair the 20 worst roads in their jurisdiction in the city.

A division bench of Chief Justice Dipankar Datta and Justice Madhav Jamdar told the BMC counsel and the government pleader to ask the commissioner and the secretary, respectively, to get a survey done by their officers on the 20 “worst” roads in their jurisdiction.

“Ask Mr Chahal when he can come to court,” Chief Justice Datta told BMC counsel Anil Sakhare. “When he comes, tell him he has to get a survey done of the 20 ‘most bad’ roads in the city. And he has to give a road map by which date he will issue tenders to get the roads fixed and by when the work will be completed.” 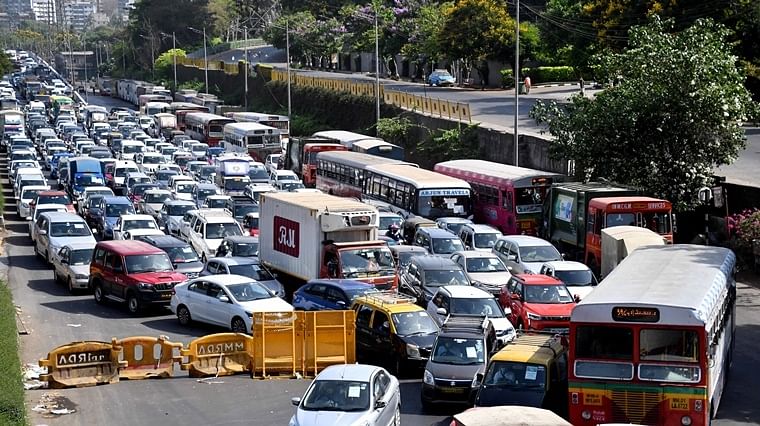 The court asked the government pleader to pass on a similar message to the PWD Secretary.

The oral direction was given while hearing a contempt petition filed by advocate Ruju Thakker regarding wilful non-compliance by municipal corporations with the 2018 court judgment in a PIL on fixing roads.

The court said it was not passing any order to the effect but asking the top officers to come and help it find a solution to the issue. “Now the monsoon has gone. So that can’t be an issue,” the Chief Justice said.

Citing his own example, the Chief Justice said: “When I came to Mumbai in 2020, I felt the roads here were much better than in Calcutta. Things have changed so much in the last two years.

“BMC is one of the richest corporations, more than some governments in the country,” he continued. “When you have money, use it for public good.”

Reading from the 2018 judgment, Thakker said nothing had changed in four years and showed a photograph of a big pothole on the Santa Cruz-Chembur Link Road which was published in a newspaper on Wednesday.

Looking at the photograph, the Chief Justice remarked: “There is a big crater in the middle of the road. Other part of the road looks like a carpet. Only one big crater. This is bad workmanship. Why should the contractor not be pulled up?”

Thakker also pointed out that the BMC sanctions Rs2 crore per annum per ward for road works. “Why should the citizens not get the benefit of good roads? They are left at the mercy of BMC.”

When amicus curiae (friend of court) Jamshed Mistry gave a list of suggestions, citing an order of the Kerala High Court, the Chief Justice said: “If we had a magic wand by which we could eradicate greed, all of this wouldn’t happen. Unfortunately it is so ingrained in society that we have to live with it.”