The molestation incident took place Wednesday and the accused was arrested on Saturday by screening CCTV footage and locating the accused by referring to a previous crime for which he was currently on bail.

Amid the recent Andheri molestation case in which the victim took to Twitter and narrated her ordeal of reporting molestation by the Government Railway Police (GRP) who allegedly behaved apathetic towards her — the GRP is now set to conduct refresher camps for the GRP staff regarding appropriate and empathetic behaviour towards molestation victims and victims of other crime.

The molestation incident took place Wednesday and the accused was arrested on Saturday by screening CCTV footage and locating the accused by referring to a previous crime for which he was currently on bail.

Regarding the appropriate method for a victim to approach an officer during such incidents, Commissioner of Police (Railways), Quaiser Khalid, said, "It is a request to all citizens that, when an untoward incident occurs and the victim reaches the police station to file a complaint, they are requested to first approach the 'Duty Officer' who will be available at the police station and will be able to guide the victim in the best way possible."

Also, while speaking about the sessions for the GRP, the CP added saying, "The plan for the sessions is underway and will be conducted soon. The right speakers for various topics related to empathy and ways to deal with victims will be approached. The sessions will be for all the staff of the GRP, including all ranks. In these sessions, we will focus on training the staff regarding the usage of appropriate language and sympathetic behaviour. They will be trained to communicate in a way which will reduce the shock of the victim and normalize them, and not make them repeat the tale of the incident several times."

The CP also mentioned that the police work under very stressful conditions and with limited resources and infrastructure, however, the emphasis will always be on appropriate and courteous behaviour towards the citizens.

Earlier, after the incident on Wednesday, the victim's tweets went viral and many slammed the cops for their apathetic attitude.

According to the victim, she received inappropriate responses from the police including "What is molestation? 'You should’ve hit the accused or tackled him better'; 'you should be grateful for your "covered" formal attire,' etc."

According to her, she also received similar apathetic responses from the women cops present at the station. 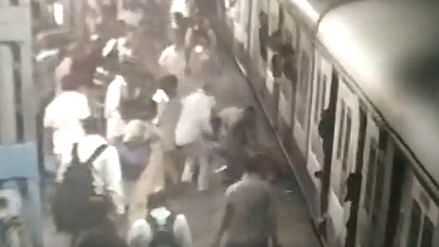