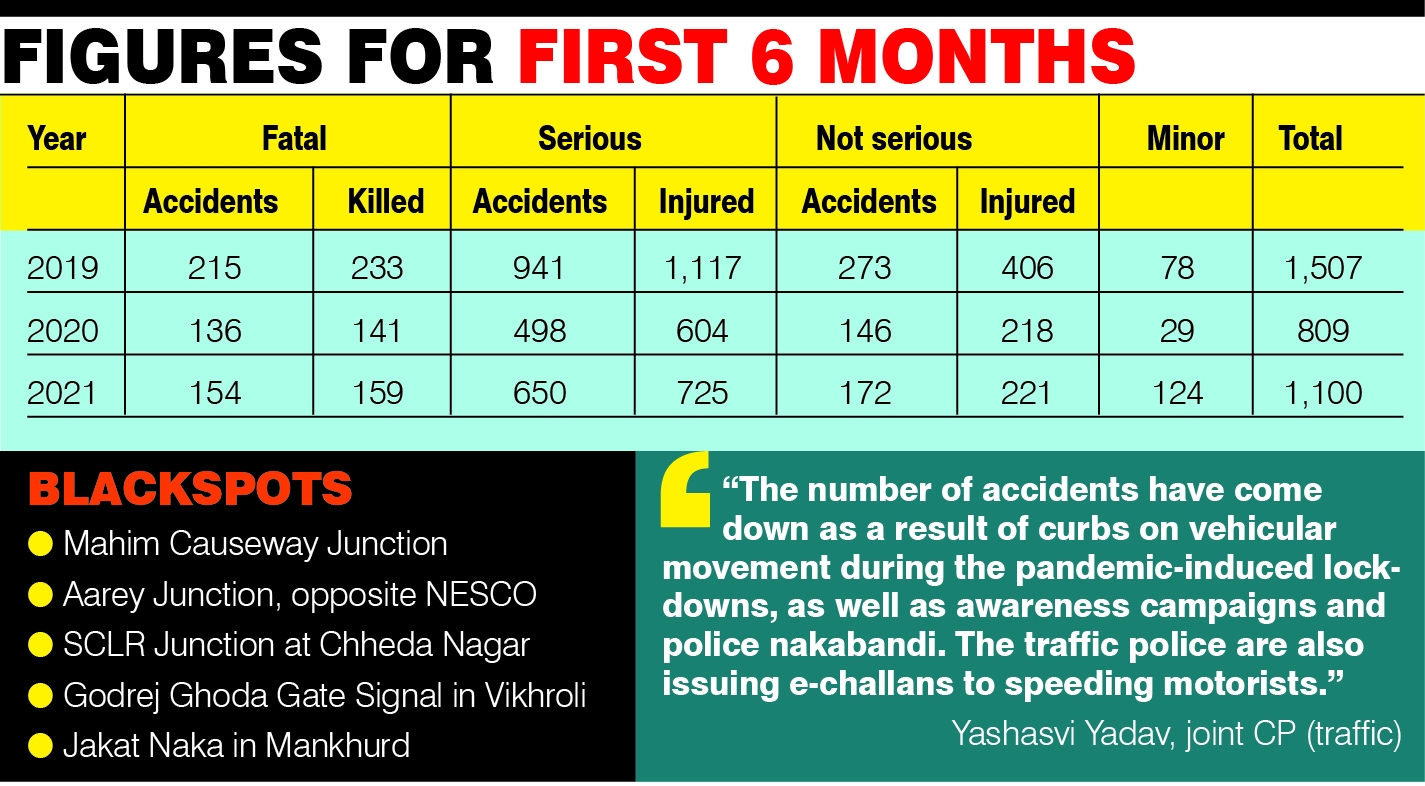 A major decline in the number of fatal accidents in the city was recorded during the first six months of this year when compared to the corresponding figures of 2019. While last year saw a dip due to the country wide lockdown amid the Novel Coronavirus pandemic breakout, this year, too, there was a declining trend. Mumbai Traffic Police claim that the decline in number of fatal accidents is due to awareness and limitations on the speed, erection of check posts as well as the fear of being penalised under the e-challan system.

The first six months in 2019, 2020 and this year recorded a total of 1,507, 809 and 1100 accidents respectively, of which some were fatal, serious, slight and minor. According to the data collected from the Mumbai Traffic Police, the number of fatal accidents recorded in the city from January to June has come down from 215 in 2019 to 154 this year, claiming 233 and 159 lives respectively. There was a massive decline, however, in 2020, wherein 141 people died in 131 fatal accidents, revealed the data.

Meanwhile, Mumbai, which has been majorly congested every time the city enters another level of unlock, the city traffic police were asked by the Mumbai Police Commissioner Hemant Nagrale not to check vehicles by stopping them and only check the documents, which are permitted under the regulation of the Motor Vehicle Act, and focus on regulating the traffic to ensure a smooth vehicular movement on the roads. This order was issued by CP Nagrale in a notification dated July 29, wherein he stated that traffic policemen are not expected to check vehicles and instructed them to take action against vehicles that violate the MV Act, so as to not to conduct any kind of checks. The top cop also added that inspectors in-charge of traffic police divisions will be held responsible if the order was not followed strictly. 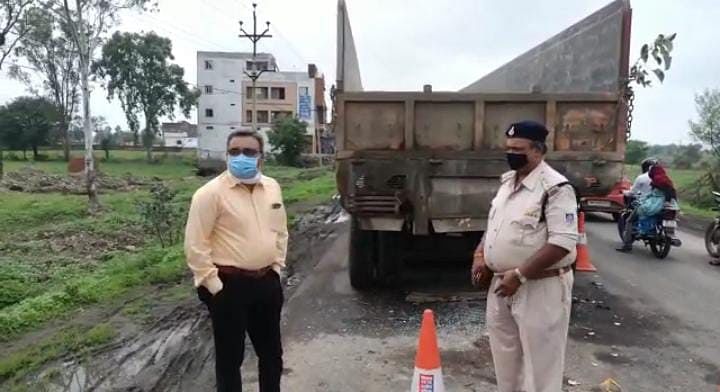