Speaking to ANI on Monday, the Congress leader said, "In Sameer Wankhede case, Bharatiya Janata Party (BJP) is misusing NCB. They are extorting money too. Rs 21,000 crore worth drugs were caught at Gujarat's Mundra port but no action was taken in this by the government. They didn't probe that case. They want to drown all the youth of the country in drugs. The way the Centre had made a system to destroy the country and the way they are misusing NCB, the BJP-ruled Centre has to answer." He further said that the manner in which Shah Rukh Khan's son was being targeted it was clear that everything has been pre-decided.

Talking about the allegations on NCB zonal director Sameer Wankhede, Patole claimed that all the charges against him will be cleared as the Centre is trying to suppress the matter.

"We demand that an enquiry by a Supreme Court judge," he said.

Asked about cricketer Mohammed Shami being targeted on social media after India's defeat in the ICC World Cup match against Pakistan he said, "Players play for the country and they are selected properly. If our players are divided on the basis of religion, then it is not fair." Nana Patole further said that the All India Congress Committee (AICC) meeting will be held on Tuesday and Priyanka Gandhi Vadra taking the meeting.

"Tomorrow is our AICC meeting and Priyanka will be taking the meeting. The AICC general secretaries, in-charges and secretaries across the country will join this meeting," he added.

An NCB team busted an alleged drugs party on the Cordelia Cruise ship which was on its way to Goa at mid-sea on October 2. A total of 20 people, including Aryan Khan, have been arrested so far in the case. 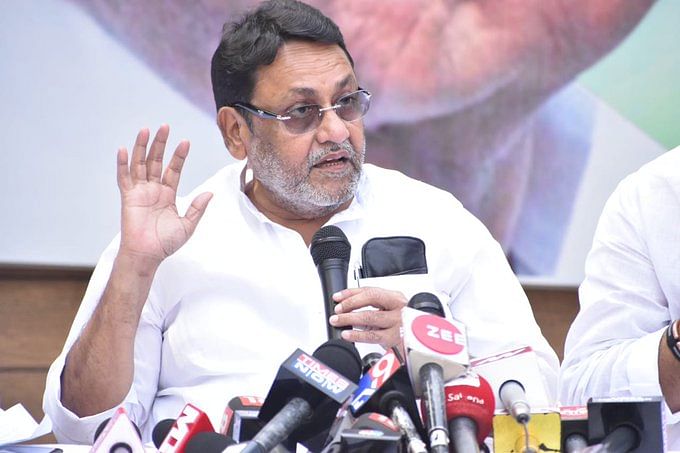