The Brihanmumbai Municipal Corporation (BMC) informed the Bombay high court on Thursday that it will reconstruct by December 31 the crematorium for fisherfolk at Erangal in Malad which was demolished by the Mumbai Suburban Collector Nidhi Chaudhari without giving them a hearing.

Mumbai: The Brihanmumbai Municipal Corporation (BMC) informed the Bombay high court on Thursday that it will reconstruct by December 31 the crematorium for fisherfolk at Erangal in Malad which was demolished by the Mumbai Suburban Collector Nidhi Chaudhari without giving them a hearing.

After going through the photographs submitted by the BMC, the court expressed satisfaction on the progress of the reconstruction of the crematorium.

We have made a mistake says HC

“We (HC) have made a mistake. Had we not interfered the structure would have been there. There was a structure. Somebody approached us saying it is unauthorised. So we said pull it down but in accordance with law,” said CJ Datta adding: “The second part (of the order) was not followed. Person responsible has to put it up once again.”

Another HC bench had asked the collector to take necessary action in accordance with law while hearing a PIL by one Chetan Vyas alleging that the structure was illegal. However, the fisherfolk produced documents and photographs to show that the crematorium existed before the CRZ notification came into effect.

A review petition was filed by a social worker Ajay Pandey, who resides in the area, seeking review of the HC order directing reconstruction of the crematorium. His review petition filed through advocates Nivit Srivastava and Saiyed Sahil Nagamiya alleges that the fisherfolk “misled” the court. The two fisherfolk who intervened in the PIL “have played fraud upon this court by misleading the court into believing that the crematorium which was the one constructed on the land allotted by the sub-divisional officer in 1995”. However, the court said it will hear the review petition after the crematorium structure was reconstructed.

The court even refused permission to the collector to file an affidavit in the PIL saying that it can’t be done after the order for reconstruction of the crematorium was passed.

“We have said in order that crematorium existed before also. By filing an affidavit you (Collector) can not ask us to go back on our order. You can come for review of the order,” Said CJ Datta.

Pravin Samdani, counsel for Pandey, said that the collector could file the affidavit in reply to their review petition.

The HC has kept the matter, including the review petition, for hearing on January 3, 2023. 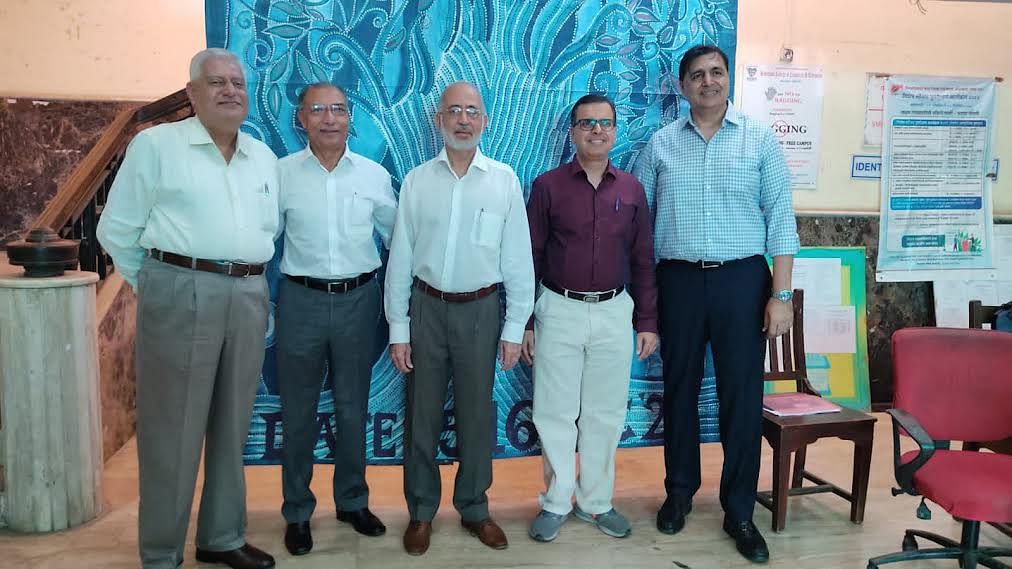